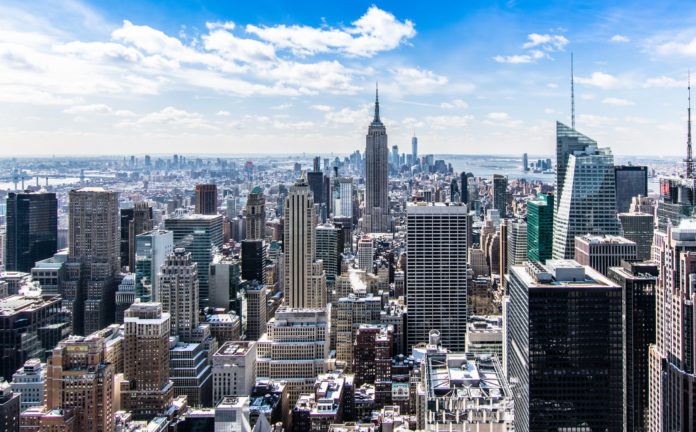 NEGOSENTRO.COM | Craving for an exciting and pulsating urban break? Want to explore a vibrant city with intriguing attractions, a buzzing culinary scene, a dynamic culture and innovative architecture? Well, you’re in for a special treat! We’ve handpicked the best and most exciting cities across the world, to help you plan the ultimate urban escapade.

With an expansive food scene, diverse culture and iconic buildings, the Big Apple is, hands down, one of the most thrilling cities on earth. Famous for technology, fashion and entertainment industries, there are so many fabulous and cool places to visit in New York for all types to travelers. Nicknamed as the city that never sleeps, NYC dazzles and beckons a vibrant and ambitious crowd, thanks to its innovation and constantly evolving attractions. Trust us, it’s a city where the possibilities are endless.

London is a trend-setter, a creative powerhouse and a cultural leader. The metropolis thrives on complexity and diversity, meaning it’s one of the world’s most beguiling cities. Street scene and market shopping take precedent in this city, despite housing some of our era’s most important collections of art. And, while the city has a long and deep history, London constantly renews itself. As a matter of fact, the city has plenty of faces and subcultures, making it pretty appealing.

Full of superlatives, the gleaming city brims with one-of-a-kind sights and diversions for all kinds of tourists. Luxurious hotels, seductive souks, scorching desert, artificial islands, huge themed malls and towering buildings combine to create an absolute treat for the senses. Nicknamed as the “City of Gold”, Dubai is praised and famous for crazy innovations and over-the-top extravagances. As a matter of fact, it is home to the first and only 7-star hotel in the world.

Rio de Janeiro truly has all the hallmarks of a fantastic and vibrant city. Not only does it feature a stunning coastal backdrop, but it also has happy-go-lucky locals and plenty of samba lilts. From the awe-inspiring Christ the Redeemer to modern skyscrapers, the city seems to have everything you need for a rocking urban adventure in Brazil.

Paris may be known for its sophistication and romantic ambiance. But, guess what? It’s just as exciting as Bangkok or even New York. World-renowned historical landmarks, endless artistic wealth and legendary architecture offer memorable experiences to all travelers. Even better, the shopping, nightlife and dining scenes are also simply phenomenal. With countless of recognizable sights, the city can seem familiar authentically, even for first-time visitors. Paris is also widely known as one of the most popular destinations among numerous Europe tours.

At first, Bangkok will feel pretty overwhelming, with its infamous air pollution, crowded streets and traffic jams. But, once you dig in deeper, you’ll find a lively city full of colors and exotic experiences. From its naughty nightlife and weird street food to its golden-plated stupas, Bangkok will leave you exhilarated in so many ways. On top of it all, the city is a great and strategic base to other vibrant cities in Southeast Asia.

Infused with a trendy youth culture and fast-changing, Berlin is eager to prove itself as one of the great and vibrant cosmopolitan cities across the world. With its young population and modern-day wonders, the city is quite popular among young travelers. Furthermore, it’s popular with all types of creatives working in visual arts, music, fashion and film. As a result, the city has created an ever-changing and endlessly stimulating environment. And, did we mention that it also boasts one of the best nightlife scenes in Europe?

Hitting the streets of Japan’s capital for the first time feels like stepping into a fast-paced sci-fi computer game or a wonderfully weird dream filled with pulsing neon lights. Although Tokyo is ripe with tradition, it charges forward with cutting-edge trends as well. In turn, it exhibits a culture that happily embraces both contemporary cultivation and ancient heritage.

One of Europe’s most youthful and dynamic cities, Barcelona lures travelers with its hedonistic nightlife, beach lifestyle and world-beating art scene. And, of course, there are tons of amazingly cool attractions in Barcelona, including the La Sagrada Familia and Picasso Museum. Plus, the city has some eclectic neighborhoods where you can soak up its carefree Bohemian charm.