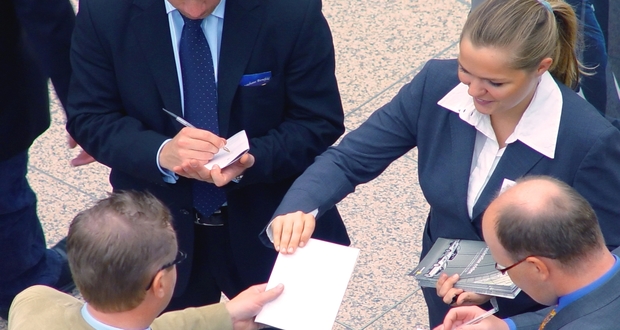 In doing business, startups are usually the most crucial stage. This is because it would tell whether your business would simply “click” or not. This is an early-stage investment opportunity which businessmen should take advantage of as they market it among their target customers. And as time pass by, modern technology take over businesses nowadays, which is very evident in their platforms. Here are 5 of the startups started in 2016:

Founded by Buzzfeed former president and CEO of Daily Mail US Jon Steinberg, this live video news network aims to present business news in a way that millennials would take interest in. Its funding of $3.1 million was from Lightspeed’s Jeremy Liew, Homebrew, and Vivi Nevo. Cheddar broadcasts daily straight from their office at the New York Stock Exchange building, where they stream short clips of the interviews relating to businesses. At a low cost, subscribers could watch news about technology, entertainment and media, with exclusive interviews with CEOs and executives. They also broadcast live on Facebook. The startup has nine employees today, including Peter Gorenstein, chief content officer of Yahoo Finance and Kristen Scholer, a chief anchor from the Wall Street Journal.

Nowadays, the only rest that we could get is the 5-6 hour sleep after work. Yunha Kim, through her app, tells that even a five-minute break could help one de-stress through life. Simple Habit works as a meditation app minus the yoga and scented candles. All you have to do choose your meditation session based on your mood, goals and teacher, try it then see the results for yourself. This iOS app would really be helpful especially for millennials and young professionals who think that they could not make time for breaks anymore. They have partnered with a Harvard psychologist to be able to develop meditations which matches the user’s situation, mood or need.

In this 21st century, the Big C is still one of the most feared illnesses by the people. Nobody could really say that there is a medicine that could totally cure, or even prevent it. Illumina, together with a group of Silicon Valley investors, have developed a blood test that would detect the early signs of cancer in asymptomatic individuals through a blood screen. Using Ilumina’s DNA-sequencing technology, they would measure DNA in nucleic acids that circulate in the blood outside of the blood cells, instead of the DNA inside the cells. They test these CNAs to test cancer and other diseases. In this way, they could lessen the mortality rate caused by cancer. Its investors include Arch Venture Partners, Bezos Expeditions, Bill Gates, Sutter Hill Ventures and Illumina as the major shareholder.

When former employees of Google, Apple and Tesla unite, something that you’ve watched in a futuristic movie in year 2007 could be something you could utilize already. Team has created a company which offers self-driving trucks with sensors and a software to retrofit trucks into driverless vehicles. These trucks are modeled to follow patterns in streets  and highways, with sensors to track the road ahead. With a ticket price of $30,000, one could turn a long drive into something hassle-free, whether you’re moving into another building, delivering furniture or other commodities.

Whether you’re up for a power nap during your lunch break or if you wanna rest somewhere far from your crowded neighborhood, click on your Recharge app and get recharged. This startup by four people have created an app which lets you find a hotel and lets you pay $0.66 per minute of $40 per hour. They have partnered with hotels that you could choose from where you could take a nap, get a quick bath or just let the day pass by. Unlike other booking apps, you don’t really need to indicate whether you’re staying for 6 hours or less, and the room that you’ve chosen would be ready as soon as you book in. And when checking out of the hotel, all you need to do is tap check out from the app.

A Step by Step Guide on Explaining SEO to Clients