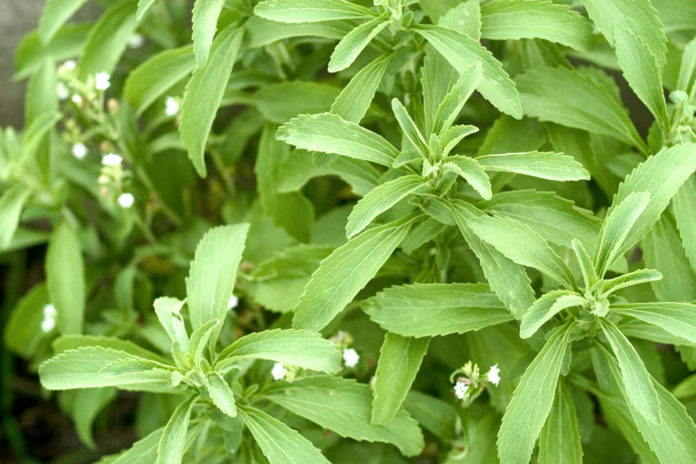 Negosentro | What is Stevia and Origin | People are taking their health and fitness seriously, and that means they are maintaining a regular exercise regiment and a proper diet. Although everyone has their own targets and needs, one of the most popular goals has always been weight loss. Not only does maintaining a healthy weight give you a better chance of living a longer life, but you often gain confidence in how you look. A big factor when it comes to this is diet.

Counting calories has always been a method for those monitoring their weight, and this often means that they have to sacrifice a lot of their best-tasting favorites in order to stay within their threshold. The best-tasting food, such as fried and fatty foods, is often the worst for your health. The worst of all this though is sweets. Experts argue that foods high in added sugar is probably the worst thing in the modern diet.

Foods high in added sugar are delicious but provide tons of empty calories and are not very filling. This means that there is a tendency to eat a high amount of sweets, and that is not good for your body. Excess sugar intake has been linked to some of the most serious diseases, but people continue to struggle to resist the temptation. Luckily, there is an alternative that will let you satisfy your sweet tooth without putting your body at risk.

Stevia is a sweetener that has no cholesterol, no calories, no carbohydrates, and zero glycemic indexes. It has been used as a substitute for sugar in beverages, baked goods, and other types of food. It is different from other sweeteners because it is not artificial. Stevia sweeteners are often 100% organic and natural. If you want to learn more about it, read on.

Where is Stevia from?

Stevia is a sugar substitute extracted from the leaves of a plant species called Stevia rebaudiana Bertoni. It is a branch bushy shrub that is part of the Asteraceae family that is closely related to asters and chrysanthemums. It is native to the Amambay region in the northeast of Paraguay, but can also be found in other parts of South America.

Stevia rebaudiana Bertoni was first classified by Italian-Swiss botanist Moises Santiago Bertoni in 1899 while conducting research in eastern Paraguay. Despite the fact that he was the first to describe the plant and its sweet taste in detail, studies have shown that Stevia had been used centuries prior for various purposes throughout the world. The Guarani Indian population from Paraguay and Brazil used Stevia as a sweetener for medicinal teas used for treating heartburn and other ailments. It was utilized as a treatment for burns and stomach pains as well, and it was even used as a contraceptive. Similarly in other South American regions as well as in Asia, Stevia was used as a sweetener for teas. Stevia leaves were also chewed on as a sweet treat.

In terms of its composition, Stevia is well-known for its high content of diterpene glycosides compounds which are responsible for its sweet taste. Among the 230 species in the genus Stevia, only two species produce the steviol glycosides associated with the sweet taste: phlebophylla and rebaudiana. The diterpene glycosides are characterized as being around 200 to 300 times sweeter than saccharose or sugars in general. This means you need significantly less Stevia than sugar to achieve the same level of sweetness.

In terms of cooking applications, one of the most important characteristics of Stevia is that it is thermostable. Since the compounds that make Stevia sweet are not easily destroyed or deactivated by heat, it is more than suitable for cooking.

So Exactly How Healthy is it?

Stevia provides the same sweet taste like sugar but with no calories and carbohydrates. This immediately makes it a better alternative than table sugar in terms of its impact on the body. Instead of providing the empty calories and simple carbohydrates that added sugar does, Stevia gives room for the complex carbohydrates that provide nutrients and minerals that sugar normally displaces.

Though further research still needs to be conducted to determine just how effective it is, Stevia has also shown therapeutic benefits such as being anti-inflammatory and cancer-preventing. As a substitute for sugar, Stevia is an option for those with diabetes, hypertension, and obesity. It can even help prevent cavities.

So Where can I Buy Stevia in the Philippines?

Sweet and Fit Stevia is the first Stevia produced in the Philippines that is certified by the Food and Drug Administration. Produced by Glorious Industrial and Development Corporation (GIDC), Sweet and fit Stevia is grown and harvested locally and undergoes rigorous inspections and analysis to ensure safety and quality. Sweet and Fit Stevia has no cholesterol, no calories, and no carbs. Most importantly, it has no bitter aftertaste.

Sweet and Fit Stevia can be purchased online at the official GIDC website and can be found at your local Mercury Drug Store, Generika, South Star Drug, and other leading drugstores. It can also be bought at Robinsons Supermarket, Waltermart, Ever Gotesco, Landmark, and other supermarkets nationwide. It is also available on popular online marketplaces.