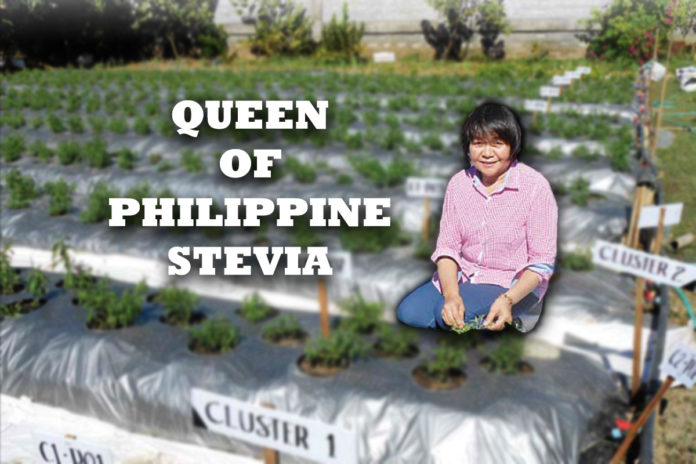 Negosentro | The Queen of Philippines Stevia | In the Philippines, people love sweet foods and desserts. They enjoying eating all sorts of dishes but are unaware of the consequences, especially from their sugar intake. Sugar is everywhere, and not even just in desserts like halo-halo and leche flan. Savory delicacies like adobo, longganisa, tocino, and Filipino-style spaghetti all have sugar. Beverages like coffee, tea, shakes, and juices rarely go without sugar. The pervasiveness of the affinity for food has led many to conclude that Filipinos have an insatiable sweet tooth.

However, more and more people want to kick the habit and live a healthy lifestyle, so it might be good to consider a healthier substitute for sugar that can still satisfy the cravings of your customer. One of the best available alternatives is Philippine Stevia.

Stevia is a food ingredient with unique values that barely anyone knows about. Unlike other sugar substitutes, stevia is derived from a plant. It is made from a leaf related to asters and chrysanthemums. It is part of the Asteraceae family which is related to the daisy and ragweed. Some of the stevia species, like candyleaf, are native to New Mexico, Arizona, and Texas. The species of interest though when it comes to finding a sugar substitute is Stevia Rebaudiana. This plant grows in regions in South America, particularly in Paraguay and Brazil, where people have used the leaves from the stevia bush to sweeten foods for hundreds of years.

The discovery of stevia is credited to Swiss-Italian Botanist, Moises Santiago Bertoni, in the 1800s, but evidence shows that the native Guarani Indian used stevia hundreds of years before then.  Stevia was used for medicinal purposes as a treatment for burns and stomach pains. Stevia leaves were also chewed on as a sweet treat. Stevia leaves have been used to sweeten tea in South America and Asia, and it was only a matter of time before it was brought to the Philippines. We have the Queen of Philippine Stevia to thank for that.

Farmers don’t just work until the sun goes down but they work until the job gets done. Farming is not only a masculine job; it is about strength, courage, responsibility, and hard work that women are just as capable of. These traits can be found in the Queen of the Philippine Stevia, Maura de Leon.

Mrs. Maura David de Leon is an enterprising businesswoman with a special interest in farming because she was raised on a farm in the barrio where her father was a progressive farmer. According to Business Mirror, “Maura de Leon had all the reasons to opt for a more laidback, fashionable and more propitious business, having tried and excelled in several businesses before, the farmer in her compelled her to venture into probably one of the rarest, yet very healthy agricultural plants – stevia”.

Because of her hard work and courage, she established a farm of Stevia called the Sweet and Fit Farm in Brgy. Tambobong, Bocaue, Bulacan. The Sweet and Fit Farm become the pioneer commercial Philippine Stevia grower and processor and is accredited by the Department of Tourism. But this kind of success was not accomplished overnight. In her interview with Business Mirror, she said that the business was very challenging for her from the start. There were even times when she wanted to let go of the stevia farm and pursue another business.

Of course, planting stevia was a big challenge for Mrs. Maura de Leon and her team. For the first three years of the farm business, it was a testing period since they were not familiar with the plant. During this time, she thought her efforts were going nowhere.

But then, something happened. One day her father approached her and asked if she was still devoted and questioned her resolve, but she gave him a quick reply with a convincing nod. Her father then said something she would never forget. Her father gave her a reminder that made her push even harder to do her finest work ever.

Because of this, she realized that she should not give up and commit 100% to the business. In their fifth year, she and her team were finally able to produce their first Stevia product. Thanks to an engineer she met from the Department of Science and Technology, she was introduced to spray-drying technology. It was the break she needed in order to manufacture Sweet and Fit Stevia powder properly.

The success of the business is a great source of happiness for Mrs. Maura de Leon as her dream of helping poor farmers has become a reality.

The Interview of Queen of Philippine Stevia

Mrs. Maura de Leon was an interview on the “Jo on the Go” segment of PTV. She was interviewed on location at the Sweet and Fit Farm where she shared her story, insights, and the secret to her success.

For all the food businesses out there, you might want to try the Stevia of GIDC Philippines. To know more, visit the website of Glorious Industrial and Development Corporation.