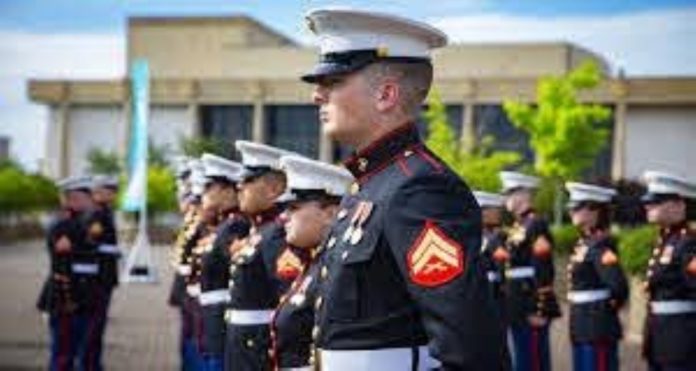 Creating Distinction
Because of how important the force is to the country the institution and its members need to be organized in such a way that there is a clear distinction between a normal citizen and a member of the armed forces. This distinction can be made through various other factors but the uniform is one of the most common and prominent factors which is used to make this distinction clearer.

1) Uniform Of England
The particular uniform we are talking about is black. It consists of a shirt with a trouser; the trouser has a red thick line that runs vertically. The shirt has buttons and also consists of a white thick belt. The soldiers also have to wear a grey cap with their uniforms. This specific uniform is worn by the soldiers in England you belong to the air force and are members of the 3 Regiment Army Air Corps.

2) Uniform Of Iran
The soldiers in Iran wear a grey and white bodysuit along with a cap that has the same print as the bodysuit. Soldiers who belong to different fields and have different ranking wear different types of uniforms as well so cannot say that this is a standardized uniform that everyone has to wear rather it is one of the many uniforms the soldiers performing different tasks wear.

3) Uniform Of Nepal
The soldiers in Nepal wear a red long shirt with white tight pants underneath. The redshirt has a black belt which has a yellow cloth underneath it. They also wear a metallic silver helmet with their uniform and the helmet has red threads hanging from it. Along with that they also have to wear boots that a bit longer than the ankle length.

4) Uniform Of Greece
The soldiers in Greece have a black uniform. The color of the shirt and trousers they wear is the same but to highlight the uniform they have to wear a white belt with it. Along with that the soldiers also have to wear a white cap that is supported and fixed onto their heads with a black cloth that is attached to the cap.

Variation In Uniforms
The uniforms of countries listed below are from some of the many countries across the globe. It is very evident that each and every country has a uniqueness in their uniform which makes their uniform stand out. The important thing to note here and to keep in mind is that for the different purposes the uniforms will be different.

Along with that, the uniform or army officers and air force officers will also be different than each other. And lastly, it should be kept in mind that uniforms also change according to the rank of the officer, the change might be very slight but it still helps distinguish officers from different ranks.

Why Every Man Needs a Great Undershirt

Should You Wear Compression Socks When Pregnant?