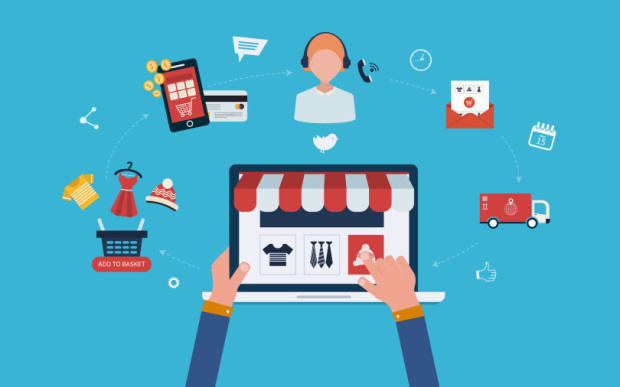 Kuala Lumpur, November 16, 2016 | iPrice Group, the fastest growing metasearch engine in Southeast Asia, launches the inaugural iPrice E-Commerce Merchant Awards (iEMA) 2016 in partnership with eTail Asia and Trusted Company. The first iEMA 2016 awards ceremony is specifically established to celebrate the efforts of Southeast Asia’s top e-commerce merchants as well as honouring them as they set the benchmark in the booming industry.

Working hand in hand with eTail Asia, the finalists and awards ceremony will be held at the annual eTail Asia 2017 conference at Marina Bay Sands, Singapore on 8th March 2017. The inaugural iEMA 2016 shall feature country and regional winners in two categories which are “The Most Popular E-Commerce Merchant of the Year” and “The Highest Quality E-Commerce Merchant of the Year”. E-commerce merchants are not required to submit an entry to enlist into these categories. All legal merchants are automatically enlisted and qualifies for the voting session.

“Based on studies by Google and Temasek, the Southeast Asian e-commerce market is expected to see exponential growth from $6billion to approximately $90billion until 2025. With new players in the e-commerce industry coming up every left, right and centre, iPrice Group together with our special partners believes it is imperative that we highlight excellence in the sector in hopes to further inspire and encourage both existing and upcoming merchants to excel further in Southeast Asia” said David Chmelař, CEO of iPrice Group.

Adding on to the credibility of the iEMA 2016, finalists and winners for the awards will be chosen by consumers. The iEMA 2016 microsite will act as a platform where consumers can vote and judge the “The Most Popular E-Commerce Merchant” and “The Highest Quality E-Commerce” categories for themselves. Each individual is allowed to vote only once and the voting duration begins on 15th November 2016 and ends by 31st January 2017.

In an effort to also recognize special initiatives by e-commerce merchants that might not have garnered large media or consumer attention, this third category is set up to highlight efforts by businesses who has undertaken projects in support of a social or non-profit organization.

Unique from the two primary categories this special award will be judged by a panel of experts from the e-commerce sector and only one overall regional winner will be chosen. The panel of judges will consist of the following industry experts:

Submissions for this award are open for both consumers and e-commerce merchants through the iEMA 2016 microsite. At the microsite, all individuals submitting an entry are to describe the following:

Similar as the first two categories, individuals submitting entries for the iPrice Special Award will be eligible for the Samsung lucky draw as well. The submissions period begins 15th November 2016 and ends by 31st January 2017.

Further details of the awards, panel of experts, rules and regulations can be found at the iEMA 2016 microsite. E-Commerce merchants & consumers can begin voting at the following country microsites Malaysia, Indonesia, Thailand, Philippines, Hong Kong, Vietnam and Singapore.

Make Your Brand Stand Out From The Competition