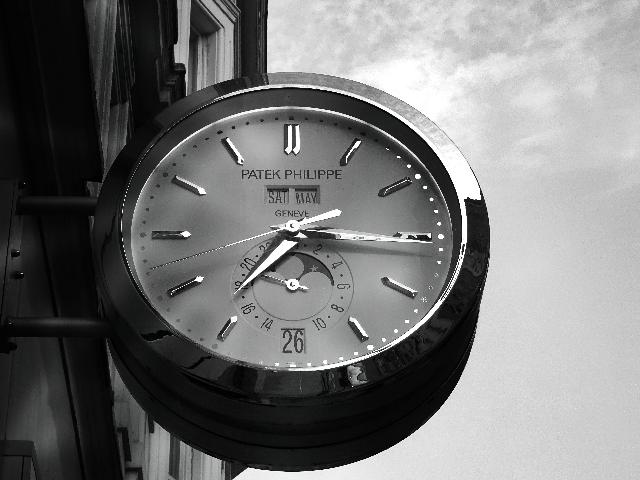 Negosentro.com | Patek Philippe Watches That Keep The Tradition In The Modern Era | Patek Philippe is a long-standing watch company. It is one of the popular Genevan brands despite not having any Suisse origin. These watches are frequently in auctions selling at record-breaking prices. Today, the Patek Philippe brand is a master in watches’ complications, consisting of approximately 80 and more patents. These are the timepieces that you would surely want to have. They portray elegance and keeps the tradition in its parts and appearance. Patek Philippe watches are your ideal watches for the modern time.

Patek Philippe is one out of the other prestigious watches that are in existence today. While some of the older companies underwent reestablishment, Patek Philippe maintained its endeavors. The company experienced no interruption since its foundation in May of 1839.

Patek Philippe started from Antoine Norbert de Patek and upon his faithful meeting with Jean Adrien Philippe. Due to the unfavorable decree from the French government, Patek had to move from France to Switzerland. This was where Patek found himself fascinated with Geneva’s watchmaking heritage. While there, Patek acquainted himself with immigrants and eventually met Francois Czapek, a Polish watchmaker. In 1839 on May 1st, Czapek & Cie-Fabricants, Patek a Geneve came to be.

The company started successfully. However, Patek and Czapek had constant misunderstandings, which gradually led them to go their separate ways. This was when Patek met Philippe in Paris during the year 1844 at the French Industrial Exposition. At this exhibition, Philippe’s patented invention received a Gold Medal award. The invention is a mechanism for winding movement and setting the hands without the need for a separate key. This caught Patek’s interest. Following this, Patek finally ended his partnership with Czapek and eventually created a new partnership with Philippe and Vincent Gostkowski. Patek and Cie-Fabricants a Genece came to be. Later on, the name became Patek, Philippe & Cie.

The Downfall of Patek

Philippe took care of the modern production processes. At the same time, Patek sought an innovative style to market their timepieces, which would rank the timepieces as the world’s sought-after watches. Patek traveled far and wide, taking him from the USA to Germany, Italy to Russia. Unfortunately, Patek had anemia and got worse by 1875. At this point, Patek sought to choose a successor so his lifework will continue even when he is not there to see it through. His son was only 20 years old when Patek died. So, his son refused to join the company. Hence, he turned over all his rights for an annual apange of 10,000 francs.

Who is Jean Adrien Philippe?

Jean Adrien Philippe was a son of a watchmaker. He used to be a journeyman until he settled in Paris, where he produced his mechanism, which allowed the winding and setting of pocket watches without a key. In 1844, the year he met Patek, Philippe had his watches on display at the Paris industrial exhibition. A year after meeting Patek, Philippe finally joined the former as a technical director in the company. His responsibilities included current manufacturing models, improving production processes, and developing new models.

On the one hand, Patek encouraged artisanal perfection and the watches’ extravagant design transforming them into luxurious timepieces. At the same time, Philippe focused on his horological aspirations and the refinement of the mechanism and ongoing complications.

Philippe’s keyless work paved the way for the same framework with the wristwatches today. With Patek and Philippe’s ideal combination, the company Patek Philippe continues to thrive in our time today.

After the original founders died and left, a name change took place. In 1901, to keep the company going, the owners had to adopt a joint-stock company’s customary legal form. Thus, the name became Ancienne Manufacture d’horlogerie Patek, Philippe & Cie, Societe Anonyme. Later on, due to the global economic crisis, the company went through financial distress and had to seek a buyer.

In 1929, a devastating stock market crash occurred. It paved the way for the 12-year Great Depression affecting the whole world. The company suffered financially. With this, the directors decided to contact Charles and Jean Stern, the brothers running the Cadrans Stren Freres, which produces high-quality dials and is one of the most preferred suppliers for Patek Philippe. The Stern brothers extended help to the company and eventually acquired it.

The Stern brothers hired a watchmaker and a horological specialist to take over the helm of Patek Philippe. Even today, Patek Philippe watches uphold tradition. Yet, this does not indicate that they are not adopting modern innovations.

Thus, if you wish to find traditional and modern watches, Patek Philippe watches are the right find for you.

Rolex Air-King: The King Amongst The Air Watches

How to ship a bike you just bought

What are Pre-Med course works and key requirements for Caribbean med schools?