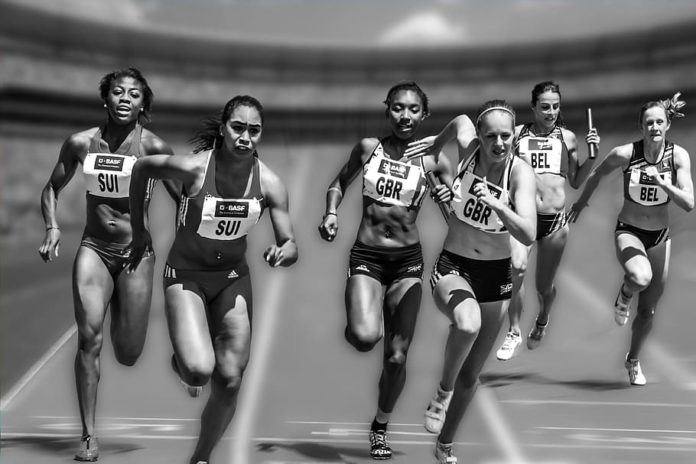 Negosentro.com | How do women behave in competitive sports? | We often perceive women as the weaker sex. And, yes, you cannot cheat biology, but that doesn’t mean there are no tough girls out there. Women in competitive sports surely have plenty of talents, skills, and determination. If you want to outcompete your opponents, you have to have strong muscles and attitude, regardless of gender.

From that point of view, there is no clear distinction between sportsmen and sportswomen. They all have to maintain proper discipline and cannot let the opponent get in their head. Naturally, there are apparent differences between male and female sport disciplines in terms of intensity, tempo, and other similar features. There’s a reason why one is more popular than the other. But ladies are known to put on a good show as well. Depending on circumstances like the importance of the game, prestige, or level of difficulty, they need to moderate their aggressive approach.

There are, of course, some conventional notions regarding the nature of both sexes. In ordinary life, many people believe that female friendships are quite fickle. That may have a more profound psychological background. Some would argue that scientifically speaking, women are less competitive than men. Yet the stereotype of them being mean with each other is still sound. Transfer it to the world of sports, and you could have an explosive mix.

However, in reality, it doesn’t make that much sense for professional female athletes to go at each other at full speed. In high-level competitions, the general principle would rather be to praise your rivals before the game than to point out some of their weaker spots, or worse – to agitate them. Not antagonizing your opposition is imperative in any strategy, because it merely makes them united against you, and motivation could just be this small detail that decides about the outcome.

With that said, there are sports where badmouthing the opponent may be much more useful than in a typical situation. All the fighting disciplines, such as boxing or mixed martial arts, require a lot of confidence. You have to do all you can to throw your adversary off, and that’s what competitors often do. The line which you’re not supposed to cross seems to be blurred in this business, so people usually get carried away, women not excluded. Of course, tricks and mean words won’t work on a strong-minded professional, but this doesn’t stop competitors from trying.

How to better optimize your social media marketing strategy

March 21, 2020
Negosentro.com | Things To Consider When Planning A Home Remodeling | If you have just bought a house, you probably want...