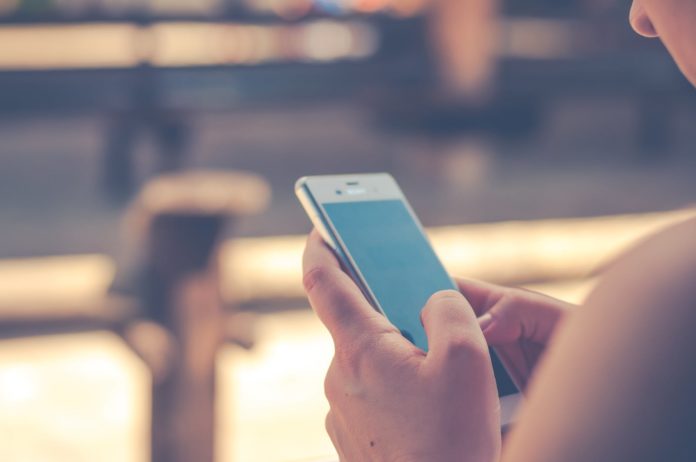 Negosentro| The mobile tech industry has risen to become a fiercely competitive landscape for both app developers and mobile apps design agencies here alike. This is due to the increased use of mobile devices and their applications. Currently, there over 3 billion smartphone users in the world and about 5 million mobile apps in the App Store and Google Play store. Rather than make use of a computer, people now prefer to spend most of their digital time on mobile applications. This includes both ordinary mobile phone users and tech-savvy professionals. As a result of this established fact, mobile app developers are set toward building applications that will not only enhance efficiency but also make a remarkable distinction in the overcrowded marketplace.

When it comes to Android app development, Android app developers are doing more within their capacity to ensure that they develop highly efficient and productive apps that will enable people to find and make use of them. As you already know, not until an app gets into the hands of its end-users, there is no guarantee that such it will make a remarkable impact even when it’s readily available in the Google Play Store. This is why experts in this field are always working on their long-term marketing strategy so as not to allow their mobile app development efforts to go down the drain.

As earlier mentioned, the competition in the industry is growing fierce with every passing day and there is no sign of it deteriorating soon. Most experts believe that things will only turn out to be more combative in the near future. To this end, every Android app developer is looking toward achieving better recognition thereby seeking out various ways to pitch their product to a wide audience. As a result, this has led to increasingly high demand for mobile app marketing strategies.

In order to achieve a productive and profitable mobile app development, there is the need for every app developer and development agency to adopt a viable strategy. This will require more than just having an ingenious idea and some creative resources necessary for developing a mobile app. Ultimately, you will need to adopt a strong marketing campaign that will not only help to get your product into the hands of your target audience but also help you stand out from the crowd.

The mistake many developers make when it comes to establishing a veritable app marketing strategy is that they wait until the final stage of the development process before considering what marketing strategy to adopt. Obviously, this is not just the right thing to do particularly for anyone looking to beat the raging competition. It is important for Android app developers to start planning an effective advertising strategy even before the eventual launch of their mobile application so as to be able to achieve a meaningful result.

Generally, when it comes to mobile app development, it is the utmost desire of every development agency and professional to achieve a significant number of downloads just as soon as it is launched. Unfortunately, things do not always happen the way they were thought to be. In fact, it is sad to know that even those with the most flawless post-launch approach often experience a disappointing start. Obviously, more is required than just a post-launch marketing effort to make a remarkable impact in the overly saturated world of mobile application.

Simply put, Android developers need to neglect the power of a pre-launch advertising campaign, if they must make any meaningful impact with their mobile app development. Obviously, this is really what makes the biggest difference. Any app developer or agency looking to grow sales from the first day of launch must be able to adopt meaningful advertising strategies long before the app is available for public use. Here is how Android app developers can effectively enhance their development process with these strategies.

It Starts From Day 1

Unfortunately, many app developers are yet to believe that the first day of the marketing campaign starts right from the Day 1 of the mobile app development process. The way mobile users will accept your app depends on the quality of its public image. An app that is not capable of generating meaningful excitement will receive little or no acceptance in the app world.

Just so you know, your marketing direction depends largely on how well you start the media push in the early stages of the development. The pre-launch advertising stage is usually adopted as a gradual campaign process that starts soft but grows stronger with every passing stage. As a matter of fact, this early phase of the advertisement process can set the ground rolling for a more aggressive promotion campaign in the near future.

The importance of using market analysis cannot be relegated particularly when it comes to achieving success in mobile app development with marketing strategies. It is expedient for Android app developers to ensure that they conduct a competitive analysis, as well as properly define their target audience before proceeding with a marketing campaign. Social media offers one of the easiest ways by which developers can effectively track their competition. You stand a better chance to understand the immediate needs and preferences of your prospective buyers by following customer behavior.

Basically, this has to do with promoting the app and getting users engaged with the process. Social media offers the most veritable platform for this action. Ultimately, you will need to make use of every channel available to you to establish a strategic kind of pre-launch exposure. It is best to make use of those platforms on which your audience is most dominant and reach out to your future buyers. You stand to benefit more from your campaign efforts when you use the right channel to reach out to your target audience. Some common existing social media platforms include Twitter, Facebook, Google+ etc.

Author Bio:
Harnil Oza is a CEO of Hyperlink InfoSystem, one of the leading app development companies in New York, USA and India having a team of best app developers who deliver best mobile solutions mainly on Android and iOS platform. He regularly contributes his knowledge on the leading blogging sites.

The Functions of the Office 365 Application and Services Support