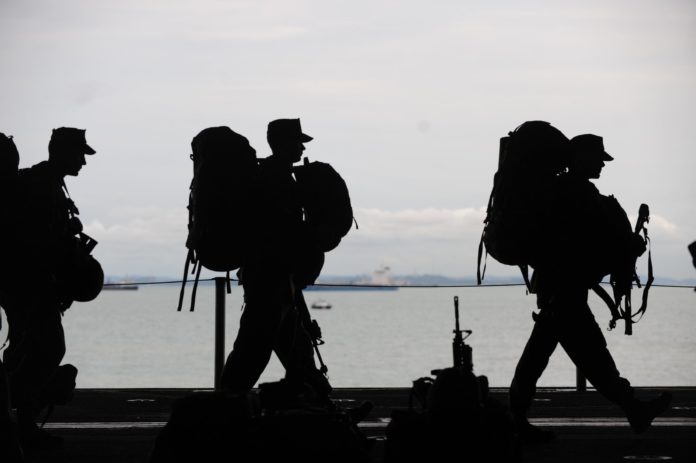 Negosentro.com | Combating Bad Orders: 3 Instances Where Military Personnel Has a Duty to Disobey | When one joins the U.S. military, they must agree to voluntarily relinquish some of their freedoms. All military personnel is warned about this; they know what they’re getting themselves into. But there’s a benefit to this: when they sacrifice some of their freedoms, they’re able to help fight for the freedoms and safety of American citizens.

But where do we draw the line from a military personnel’s freedom and their requirement to follow orders from their superior? The boundary is actually pretty clear thanks to Law.

In the following cases, military personnel can, in fact, disobey orders from their higher-ups without getting into legal trouble.

1. They were ordered to commit an illegal act.

Did you know that no matter how dangerous or extreme a military order is, the military staff is generally required to follow it? However, if a superior order a member to engage in an illegal act, this is one of the few ways that they can get away with not obeying the order.

If military personnel commits a crime under the order of a higher up, they may be able to use the excuse, “I was only following orders” in court as a legal defense. However, these days,  there is no guarantee of that defense. It’s up to military staff to decide whether or not to follow through with an unlawful act. It’s a risk whether a military member decides to obey or disobey orders.

2. The superior is discriminating against the military member.

Many members of the military know that discrimination is quite common in their field of work. But it doesn’t make it right or even legal.

3. It goes against the military personnel’s religious belief system.

Regardless of the military branch you’re in, religious freedom is never one of the rights you must give up for your job. For that reason, military employees are allowed to refuse to follow through with orders at work if they require that they against their belief system in order to fulfill them.

For more information on what types of orders military personnel is allowed to disobey, check out the LawAlways website.

Military personnel isn’t civilians. Yet, they’re still human beings. So, it’s no wonder people are confused with whether or not military staff is required to follow each and every order by law. Fortunately, military members still have rights and are protected by the law in many instances. That said, in the latter cases, those serving for the country can legally disobey certain orders.

If you or someone you know in the military is or has been receiving unlawful orders from a leader, please contact an attorney today.

Effective Ways You Can Protect Yourself from a Lawsuit