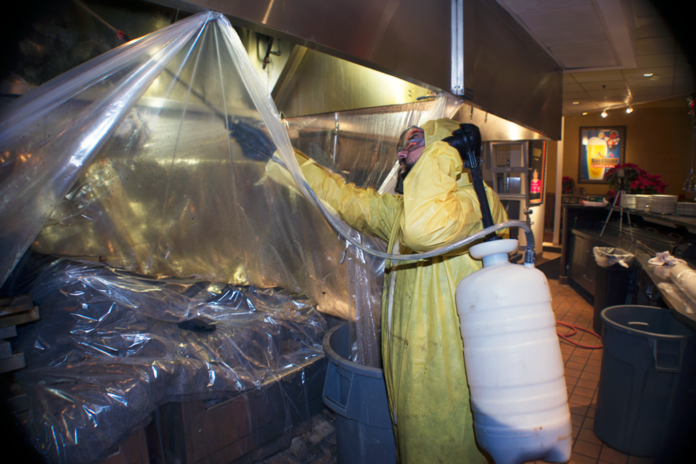 Restaurants often have what is called commercial hood filters above their grills to filter out harmful smokes, steam, and other things that could normally bother people. These are a safety standard in most restaurants and are even used in accordance to companies like McDonald’s and other fast food restaurants. Because of this extreme standard for sanitation, many companies have to have their hood filters commercially cleaned so many times a month or even year in order to maintain safety and health standards, as well as reduce the risk of things like fires.  If you want to see more about this be sure to visit hoodandfiltercleaning.com.

No matter the size or design, they have to have potential air that is moved properly so that it exits the building. Restaurants have a very high standard set for them by numerous compliance corporations, ranging from OSHA (Occupational Safety and Health Administration), health and senior services health inspections, as well as city, county, and even state inspections in order to be able to continuously serve food.

When you cook on these flat-grills and cooking stoves that have overhead hood filtering, grease in the vapors creep into the filters and can cause numerous fire hazards. It contaminates the air, and allows for the grease to be superheated, as well as stops filtering properly. This increase in grease can easily be hit by high flames from cooking and become extremely flammable. After the fire hits, the exhaust fans will draw the fire inside the ducts and thus feeding even more oxygen to the flame, and delivering it to other parts of the building and even the rooftop. If the chimney at the top has any of this grease collected, it will ignite and melt. While on fire, it will then be delivered to other areas and can cause a severe fire due to the over oxygenation process.

What Other Reasons Do These Need Cleaned Professionally?

There are also health hazards because of clogged filter systems. Carbon monoxide poisoning is among one of them in a worst-case scenario, because sometimes smoke and grease combine to increase toxins in the air. At the same time, the heavier air is more prone to carrying bacteria and can cause even cross contamination between food products.  It isn’t just limited to carrying food-borne illness, but even common illnesses which may be airborne bacteria and viruses.

According to cooking equipment standards, when a commercial hood filter needs cleaned and is causing issues, it can compromise even your cooking equipment and cause compliance issues. Mold can also grow in higher risk environments because clogged systems will cause mold and bacteria to not just spread, but also grow. There are regulations against this, and your restaurant could be closed even for not complying to the standards.

In order to avoid the problems that are listed above, regular cleaning needs to be scheduled accordingly, and as often as absolutely necessary. Based on what kind of system you have, you will have to establish routine cleaning schedules more often, or more spaced apart. Fast food restaurants usually have to have these cleaned according to standards on a monthly basis, while other lower volume restaurants only need to schedule a professional cleaning once a year.

Fast Printing PCB – Factors How to Make it Perfect.

Five Online Generators That Can Help You Make Professional Receipts