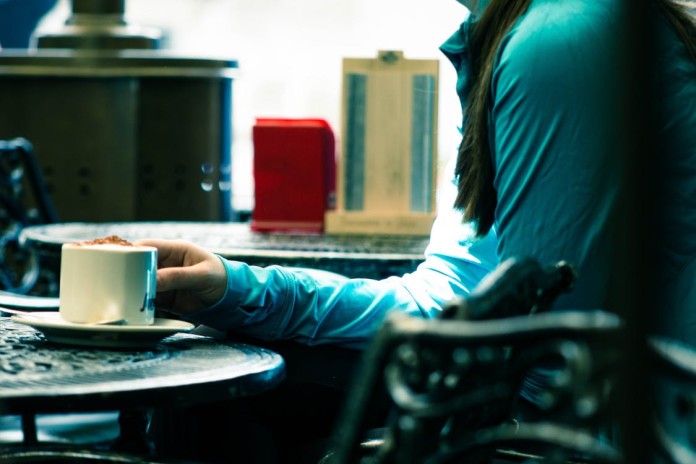 Junaid Hussein, Negosentro |  Last century file sharing was just a fringe hobby, only for geeks who were lucky enough to have a computer and could dial into the World Wide Web. Today it’s completely changed, now file sharing has become a daily routine for millions of people worldwide. In just a couple of decades swapping files has become mainstream. Now, it’s the right time to take a step back and briefly examine how file sharing has evolved as what it is today in a non-exhaustive overview.

BBS (The 70s-90s) – The BBS, or Bulletin Board System, is the beginning of contemporary digital file sharing. The BBS was almost like an intranet in which users used to dial-in with their modems to read/send messages, access news, and most importantly, share files. Traditional Bulletin Board Systems is still in operation today.

Usenet (The late 70s – Present) – Usenet or Newsgroups; second in line, similar to BBS. Essentially, Usenet servers used to receive files and then re-distribute them amongst others, creating multiple copies of messages and files across hundreds and thousands of servers. Usenet is still in use today.

FTP & FXP (The 90s – present) – Soon after, the underground file sharing phenomena gave birth to a private network of FTP sites known as Topsites. These networks were invite-only with many of the features of Usenet. Release groups used to upload new media and create various kinds of announcements thereof. Then, couriers with access to release the servers with other servers, transport or “race” new releases within servers, using FXP. By doing so, they would earn credits (1:3 ratio) for uploading files only if the file was appropriate and unique.

IRC (The 90s-resent) – IRC played quite a significant role in society, both in file sharing as well as politics. Many IRC clients offer a DCC (direct client to client) protocol, allowing users to do exactly as the name suggests. Through DCC, and bots were known as XDCC servers, file sharing took another turn.

Hotline (The 90s) – For a short period Hotline became a popular medium for sharing files.

Napster (The Late 90s) – Napster got popularity due to MP3 and file sharing among the masses. It’s quite rare netizens haven’t used or heard of Napster. The software operated as a peer-to-peer file sharing network only for music.

Gnutella, eDonkey2000 a7 Kazaa (early 2000) – They all three came with different implementations which they did well in their heyday, using different protocols with no central server. However, each protocol ended up “shattering” due to commercialization (and corporate) that ended up becoming an attack point. The Kazaa team later created Skype – a widely used VoIP/IM platform.

DC++ AND I2HUB – DC++ and i2hub become popular for sharing files in closed-networks. Both were widely used within the university and colleges, where students share hub/server addresses among others to share files at high speeds within the college networks. The best part was that outside agencies and other third parties could not access the content found in these networks

BitTorrent (2001) – Bram Cohen created BitTorrent, which almost anyone on Internet has used, knowingly or not. BitTorrent mostly the combination of its predecessors and packed them all into one, simple yet easy to use file sharing platform. BitTorrent has positioned into a mainstream file sharing which is fast, efficient, and yes, difficult to stop. All the BitTorrent required centralized tracks to operate.

Increasingly BitTorrent users have grown concerns about their privacy. Indexes like; YouHaveDownloaded.com have been maintaining logs of every file downloaded by IP, which has created significant awareness that questioned the safety of the files being downloading through BitTorrent. Resultantly, privacy concerns have signed up with TorrentVPN, just to mask their IP-addresses when downloading files.

FILELOCKERS AND FORUMS (2000 TO PRESENT) – Recently, Megaupload, Rapidshare, Hotfile and other file lockers became quite popular. The purpose of such lockers is to provide the most straightforward means of file sharing when compared to their predecessors. Files are uploaded to the locker, and a URL is offered to the file to download through HTTP/HTTPS. The URLs started sharing through forums. It’s mainly due to profit reasons rather than cultural or technical reasons as it’s supposed to (topsites) or on Usenet respectively.

Do You know The Story of the Bizarre collapse of Torrents?

Demonoid Torrent – A severe DDoS attack caused one of the most famous BitTorrent trackers – Demonoid to shut down. This torrent is one of the biggest torrent sites that has been for more than half a decade. Back in July 2012, a million plus Demonoid users could no longer access the site. Instead of the welcome screen users were exposed to a “server busy” message, reflecting that the tracker is facing technical difficulties.

he tech admin of the site informed the users about some severe trouble. The BitTorrent tracker was overloaded by a DDoS attack hard enough to result in some problems that take a while to address. That while took years and still, users are unable to access the popular Torrent.

Pirate Bay – Back in December 2014, Police in Sweden carried out a raid in Stockholm, seized servers, computers, and related equipment. At the same time, The Pirate Bay with several other torrent-related sites has disappeared. At that, no official statement has been made by TPB.

The Pirate Bay, the world’s popular torrent site and has been giving users access to illegal downloads for years.

It was the first time that The Pirate Bay appeared offline. Sweden authorities have just confirmed the raid in Stockholm as part of an operation to protect intellectual property.

Back in 2017, users of The Pirate Bay warned that they could soon hit by a major blow as a huge piracy crackdown is in the process.

YIFY Torrents – Another popular torrent YIFY and its official YTS website have shut down permanently, back in late 2015. The unexpected shutdown marks the end of a torrent-dominance era. A few days ago the popular movie torrent site YTS also stopped working.

After several days, multiple sources have confirmed that YTS and YIFY will not return. The entire operation has suspended – means no new official YIFY movie releases will ever appear on any torrent site, anywhere.

YIFY appeared on the scene in 2010, and the group has shared over 6,000 releases since.

The group’s website (YTS.to) has gained tremendous popularity in recent years. It has revealed that TF had close to a million unique visitors per day, and has gathered six million page-views.

The YTS/YIFY shutdown is not the end of piracy, but it has impacted huge changes to the Torrent landscape in recent history. YIFY releases were among the most-pirated movies, week after week.

Kickass – Recently, One of the world’s largest BitTorrent network sites; KickAss Torrent has shut down. The US Justice Department took the step against its owner Artem Vaulin. The alleged owner is charged with distributing $1 billion in copyrighted content, by the Hollywood industry. Accessing KickAss Torrent is currently blocked, and all the respective domains are seized.

KickAss Torrent has several domains. In the last crackdown, we saw when one domain has blocked it switched to another domain locating in another country within the moment. But since the owner of the site is arrested the future of the site is currently uncertain.

Torrent distributor site like KickAss torrent used to distribute copyright materials including Movies, TV series, Premium Softwares, etc. which is illegal. We have seen how ThePirateBay site was down, and how KickAss Torrent came to the rescue by making the torrent database online so that anyone can create their own Pirate Bay site.

Extra Torrent – After the demise of Kickass Torrents, the torrent community now has to say farewell to another major player –  ExtraTorrent. Popular torrent site ExtraTorrent has permanently shut down and the users informed of the abrupt decision was announced on May 2017, in a brief message posted on the site’s homepage.

“ExtraTorrent has shut down permanently.”

“ExtraTorrent with all mirrors goes offline.  We permanently erase all data. Stay away from fake ExtraTorrent websites and clones. Thx to all ET supporters and torrent community. ET was a place to be….”

TorrentFreak freaked out and reached to ExtraTorrent operator SaM who confirmed that this is the end of the road for this site.

“It’s time we say goodbye,” he said, with no details.

ExtraTorrent was founded back in November 2006, at a time when TorrentSpy and Mininova were dominating the landscape. Nonetheless, ExtraTorrent has developed an audience of its own.

The site has managed to outgrow many of its predecessors, and with millions of daily visitors, ExtraTorrent was the second largest torrent site, trailing only behind The Pirate Bay.

These are not the only sites for torrent downloading. Torrenting is not illegal but falls in the grey area. The global authorities are trying hard to shut down torrents since the existence of torrents. However, the torrent network community is so vast and geographically spread; means are shutting down every site is next to impossible. Piracy laws vary region to region, which makes it difficult to take a blanket action.

It is possible that Torrenting integrates with blockchain for the distribution across nodes, as torrents use P2P technology while nodes communicate via P2P on the blockchain network. Furthermore, both the concepts don’t require the centralized server to operate.

So, in case a particular site is shut down, other sites cater to the increased traffic and new sites evolve. There were serious doubts when the pirate bay was about to shut down, but it didn’t take too long to get back on their feet.

Junaid is a tech-savvy who loves spending time in exploring newest modification in Technology. He spent most his time associated with Cyber Security firm which has given him ample experience working on Security Product. At his free time, he spent a life of a Nomad exploring the nature. If you want to connect to Junaid, connect with him on Twitter

How Tertiary Education Can Help You Improve Your Life

Draw Students Into Course More Actively Through Game Based Learning

September 23, 2020
Negosentro.com | Six Signs Your Auckland Office Space is Due for Renovations | Every business needs more resources as it grows - More equipment,...