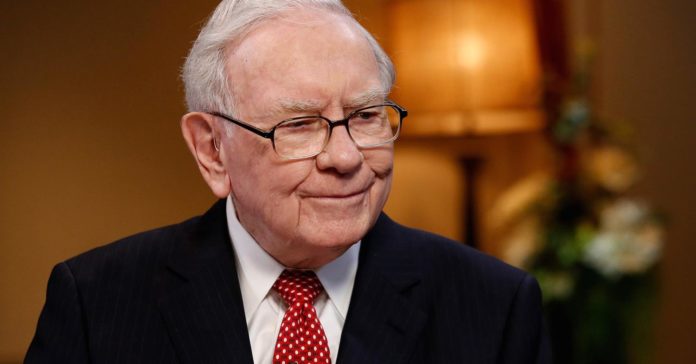 Every entrepreneur dreams of being successful. Of course, there is no magic formula for this. Experience has shown that an entrepreneur should work hard on intellectual as well as organizational levels. Furthermore, the two variables go together because often, people switch between being a leader and a follower. Eventually, it all boils down to finding the best formula to succeed in business. According to successful entrepreneurs and business professionals, from Warren Buffet to Jack Ma, there are virtues that can help you succeed. Here is a look at some of the most fundamental virtues and the people behind them.

At 11 years old, Warren Buffet invested in the stock exchange. Today, he is one of the most revered business professionals and mentors. He is vastly recognized for his input in growing many businesses at ago. According to Buffet, it is crucial for entrepreneurs to understand their businesses to the core. This gives them insight into decision making. He also implores entrepreneurs to invest in businesses they understand.

Bill Gates is the owner of the largest software business in the world, Microsoft. According to him, there are millions of emerging entrepreneurs delving into business every other year. For example, the millennials are business minded, and after graduating, all they think of is venturing into business. This means that the competition is too tight for emerging entrepreneurs. To beat that, Bill Gates advice people to be innovative. Continuous innovation allows clients to try out different products and services. At the same time, it creates a selling opportunity for business owners. A good example of innovation is Goku, a supernatural fictional character that hails from Japan. This character was brought to light by Akira Toriyama, a famous Japanese artist.

Mark Zuckerberg- Believe in what You Are Doing

Mark Zuckerberg is the co-founder of Facebook, one of the largest social media networks in the world. In his perspective, it takes so much to make it in the competitive business world. For instance, one has to believe in themselves. Self-belief allows someone to delve into a business they can understand. Since he co-founded Facebook in 2004, he has encountered challenges once in a while. But those challenges have never prevented him from being successful thanks to the fact that he believes in himself. Today, he advises business professionals to believe in themselves.

Oprah Winfrey- Failure Should Not Stop You

Born as Oprah Gail Winfrey, her name was extensively mispronounced to Oprah. Eventually, Oprah stuck, and today, she is a successful television personality that has made it in business. For Oprah Winfrey, growing up in the slums of Kosciusko, Mississippi could not prevent her from being the richest black American in the world. Today, she owns the Oprah Winfrey Network and is worth billions. According to Oprah, failure or any impending barriers to success should not stop you. These challenges should prepare you for the next venture.

Walt Disney was born in Chicago. He was a famous American entrepreneur and voice actor. Mostly remembered for his cartoon productions, Walt made a name for himself after winning Golden Globe and an Emmy Award. In interviews, he was asked his secret to success and here is what he had to say; in business, every detail counts. However small it seems, it must be counted on as it finally contributes to the success of the particular business. Every entrepreneur should take his or her career seriously by taking every detail into consideration.

Jack Ma is the co-founder of Alibaba, one of the most established online stores in the world. Growing up in modest beginnings, he is now one of the most successful business professionals in the world. According to him, the world of business is filled with people who are trying to become leaders and not employees. He advice is emerging business leaders to hire employees who are more experienced than them because most of the time, employees are the ground’s men working hard to establish a strong operating platform for the business.

The list above should guide upcoming and aspiring people in business to invest in viable strategies.

Moving to Another Office? 9 Things You’ll Need to Do If You Want to Prepare Your Items for Storage

What Are Backlinks in the Context of Search Engine Optimization?