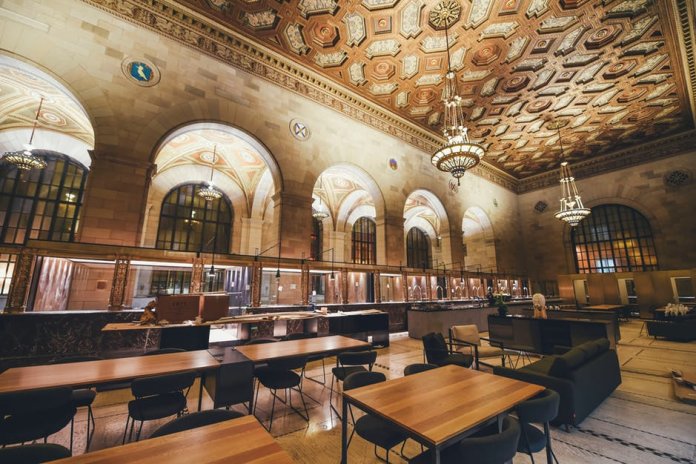 Tommy Jones, Negosentro | Ceilings can be decorated in many ways, and one of the methods to decorate a ceiling for light fittings and fan fittings is through plaster ceiling roses. These ceiling roses are being used since a long time in royal architectures and palaces. Till date people love the look that comes into picture with the decorative ceiling roses.

How Ceiling Roses Came into Use?

Ceiling roses actually were used in old days in palaces and royal buildings where candles and gas lit lights were used. The heat and soot from the lights would stain the ceiling walls if protection was not used. Thus the ceiling centers were used right above the chandeliers and lights so that the actual ceiling could stay protected. When the ceiling roses accumulated much stain and soot, they could just be removed and another fresh piece was installed.

Why Are They Used in Contemporary Architecture?

It’s not only the protective side of the plaster ceiling roses which made them favorite, but the design and artistic touch they imparted to the ceiling and interiors made them popular too. Current day homes and offices use only electric lightings. Hence the protection of the plastic piece is no more the reason for its use. Now it’s used solely for beautification.

If you want to install a chandelier stylish decorative light or a ceiling fan at the centre of the ceiling, you would want this part to be decorated with a ceiling rose first. This will camouflage the base of the fan or light fittings where it joins at the ceiling, and also gives the ceiling a nice finishing look. Hence, in contemporary architecture and interior designing also, plaster ceiling roses plays a significant role.

You would find them being used in many old and new style buildings. While old buildings may keep on replacing old ceiling roses, new buildings may use it in the same way for the decoration and vintage look.

Ceiling roses are made of plaster of Paris. This has always been the material used, and stays to be the favorite till date. The ceiling roses made of plaster can be made to fit into any ceiling type by plastering or adhesive. Being light weight it won’t drop or unfasten and break. In fact, they come in white and neutral colors, and then after gluing them to the ceiling, they are painted in the ceiling color, or in some contrast colors to add to the aesthetics of the ceiling.

Ceiling centers may come in endless designs. The mostly used designs are the Victorian style leaf and floral patterns. If you are not a huge fan of motifs and patterns, then you may go for plain ceiling roses. The plain designs simply have the round patters in different diameters making for the circular structure. How to Install Ceiling Roses?

You can install plaster ceiling roses by your own, or may call professionals. Professionals who do plaster work and coloring would do this too.

Where to Buy Them?

You can buy ceiling centers from sellers who deal in construction supplies. Now such supplies are not just available at the local stores but online too. If you like a certain design online, you may order it with customizations like added motifs, a round of plain line, and certain colors that matches your ceiling.

Take care to order the right sized plaster ceiling rose for the ceiling. One that is too large with respect to the fittings that come beneath it will look odd. Similarly, a too small ceiling center that has a huge fitting under it will also be unnoticeable. Hence matching the right size is a mandate to make the idea work for the decoration.

Smart tips to keep the pests away from your home