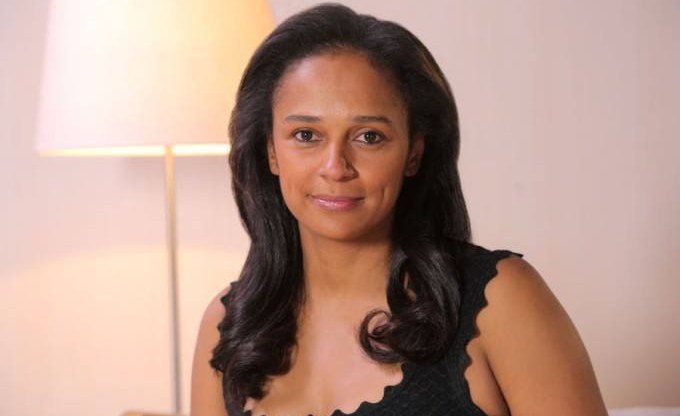 “I believe in a future in which everyone has the opportunity to achieve their dreams, regardless of where they are born, their gender, colour, culture, religion, language. We must stand together to achieve this purpose and we can aim together for a better world.” Isabel dos Santos, 23 July 2019.

Isabel dos Santos is one of the most prominent African entrepreneurs in the world. Her position as a businesswoman and innovator has landed her on the world stage. A position she uses to push for more for the people of her native Angola, and for the people of Africa as a whole.

The daughter of the former president of Angola, Isabel dos Santos benefitted from a free-thinking background that is not often available to African women. Having studied in the UK and lived in Portugal and Angola, she is able to bring ideas to the country that work elsewhere. Crucially, Isabel dos Santos sees no difference in the ambitions of entrepreneurs in a country like the UK, and those in Africa.

A strong belief in the abilities of Angolan people, and particularly in the vast untapped potential of Angolan women, sees her utilise her vast business interests to make real-world changes for people who have long been marginalised. Her innovative spirit, determination to be heard, and technological excellence has ensured she excels in business, but also in her philanthropic endeavours for every day African people.

While Isabel dos Santos holds business interests in many sectors around the world, including energy, retail, finance and media, perhaps the most directly beneficial for people in Angola is her work at Unitel. It’s the largest telecommunications company in Angola, and through her position as company leader, Isabel dos Santos has vastly increased communication and online access to the most rural areas of Angola. She believes that by providing opportunity and resources, the people of Angola will realise their own potential in transforming their local community, and by extent the country’s economy.

Her personal commitment to social and economic change in Angola is clearly shown through Unitel’s wide-ranging social responsibility programme. The company’s mission is to achieve sustainable development in Angola by showing the power of technology and communication to change lives. The company’s investments align with Angola’s National Development Plan 2018-2022, and focus on Education, Health, Economic Empowerment, Sports and the Arts.

Unitel works with community partners, including Government and Non-Government Organisations (NGOs), to provide opportunity for social development in the following key areas:

Examples of Unitel’s work within these sectors include the Mobile Health programme. Put in place by NGO People in Need (PIN) and Unitel, this is the only programme of its kind in Angola. It launched in 2017 in Huila, Bie and Huambo provinces, and sends voice and SMS messages in Umbundu and Portuguese to expectant and new mothers.

The care extends up to six months after birthday, and the messages are free of charge. The programme’s focus is to improve access to maternal and child healthcare and reduce mortality rates. Messages use Interactive Voice Response (RVI) technology, which overrides the problems caused by the high levels of illiteracy. Four in ten women in Angola are not literate, and this programme ensures that they can also access this healthcare. The messages cover topics ranging from nutrition, hygiene and specific health issues.

So far, more than 20,000 parents (fathers and mothers) have utilised the Mobile Health initiative across the three provinces. In August 2018, PIN conducted research that shows the initiative is having a significant impact on various vital areas of parenthood, including breastfeeding, vaccinations and postnatal health. The NGO also measured a significant increase in understanding of how important it is to get to a health centre to give birth, and to continue to breastfeed.

Launched in 2015, the fair provides free health screenings and consultations to Angolan people. Its aim is to minimise the difficulties in accessing public health information and services. Prescriptions and mosquito nets are also freely provided.

Screenings cover the most concerning endemic diseases that routinely affect local communities, including diabetes, hypertension (high blood pressure), malaria and HIV/AIDs. Consultations are offered in specialist areas, including Gynaecology, Cardiology, Paediatrics, Nutrition, Ophthalmology and Geriatrics. Since it began, there have been 43 Unitel Health Fairs covering 15 provinces and helping more than 73,000 people. Approximately 112,990 mosquito nets have been distributed, as well as 181,700 drugs.

By the end of 2019, there will have been a Unitel Health Fair in 12 provinces; Cabinda, Cunene, Bie, Huambo, Kwanza Norte, Luanda, Huila, Namibe, Benguela, Zaire, Bengo and Uige.

Since 2016, the Stop Malaria initiative has been fighting against the disease using a variety of public education campaigns and actions to raise awareness. Unitel provides support to various health institutions through providing technology for effective treatment of malaria.

By June 2019, Unitel had been instrumental in organising 23 awareness-raising events in shelters, hospitals and schools. The project also distributed 129,760 mosquito nets over the six months between January and June 2019. So far, around 844,800 people across Angola have been directly reached via the Stop Malaria project.

For more information on Unitel’s extensive social responsibility programme and the initiatives the company is running across Education, Economic Empowerment, Arts & Culture, Sports and ensuring everyone has access to Safe Internet practices, head to Unitel’s website.

Unitel’s vast programme of grassroots projects that help real people every single day in Angola show her commitment to using her unique platform for the benefit of African people.

She is a firm believer in the life-changing potential of charity and opportunity, and by working to improve access to the basic necessities, Isabel dos Santos knows that Africa’s vast untapped potential can be realised.

3 Ways to Market Your Business Online