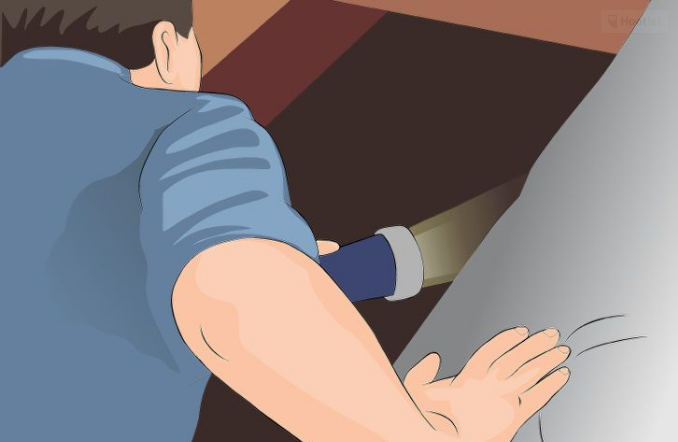 After a gap of over three decades, America has woken up to an increased level of bed bug infestation not only in homes and hotels but also in schools, offices, shops, libraries, theaters and other public spaces. The resurgence that has taken many by surprise is attributed to people traveling more, use of insecticides that target other pests but not bed bugs and general lack of public awareness.

Bed bugs are parasitic in nature relying on human and animal blood for sustenance and reproduction. Contrary to popular notions, bed bugs can be found as easily in homes that are clean as in those that are dirty. All people are equally vulnerable to bed bug infestations at home. Bed bugs usually live in areas where they can find people sleeping, resting or sitting for long periods as then they can easily find the exposed skin to feed on. Feeding on blood typically is finished in two to five minutes, after which the insect quickly moves away into hiding.

Because most people are bitten at times when they are unlikely to notice the bed bugs, they either do not notice them or mistake the bites to be of some other insect. While some may develop rashes after being bitten, others may not display any symptoms at all. Due to the variation in the extent of reactions, bed bug bites are commonly mistaken for other insect bites, allergies to soaps and detergents, or exposure to poisonous plants.

As far as the connection of disease and beg bugs go there does not seem to be any direct correlation and there is no proof that bed bugs transmit any disease to man although they are carriers of at least 28 distinct human pathogens. The theory that bed bugs spread leprosy, oriental sores, Q-fever and brucellosis remain unfounded due to poor case documentation.

However, it is quite possible for the secondary infection to set in when bed bug bites are not cleaned and disinfected and thus result in the spots bleeding and swelling. Children, the elderly, especially the bedridden or with limited mobility as well as those with problems of their immune systems are more liable to develop secondary infections. Some people are known to develop severe allergic reactions to bed bug bites that may require medical attention, especially when bitten multiple times. Most people with severe symptoms mistakenly call in mosquito control services to get rid of the problem. However, many mosquito control companies also undertake bedbug control but the techniques are completely different.

Perhaps the most common fall out of bed bug bites is stress that results in the lack of adequate rest or sleep. Usually, one gets to realize that one has been bitten by a bed bug only after a day has elapsed since that is when most people can see the bites becoming visible. However, some people never show any signs of being bitten while on the other hand, some develop small red marks. Itching is a very common reaction, which in some people result in inflammations that look like blisters or swellings. However, it can be very difficult to differentiate bed bug bites from bites of other insects as the sort of skin irritations is similar. In case of severe allergies, irritation or swellings, it is best to seek professional medical advice.

Bed bug populations in homes or other spaces cannot be eradicated using common insecticides available over the counter. It is best to call in a professional pest control agency that will use specialized equipment, commercial-grade insecticides as well as detailed inspection, and an array of treatments including vacuuming, heat and steam application. Effective treatment involves moving the furniture around and even disassembling them. You will normally not need to discard any furniture.

Jenny Roberts is the owner of a local pest control company. She specializes in mosquito control services, as well as eradicating termites and bed bugs.

4 Things You Should Know Before Buying A New Mattress

Is your business an accomplice in killing the planet?