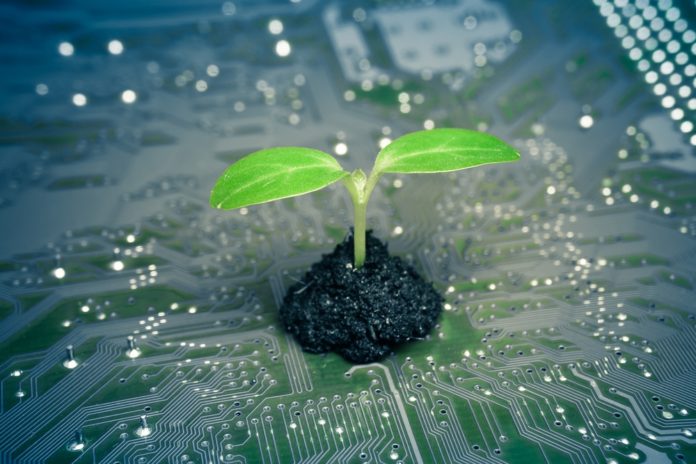 For thirty years, the scientific consensus around climate change has been slowly building, and the extent of anthropogenic climate change — and the potentially devastating impacts it will have on human civilization — is no longer in question. If the experts are right, in order to get through the coming crisis we must explore radical new ways of doing everything from transporting goods to generating power.

This means developing manufacturing processes that are leaner, more efficient, and zero-landfill, and adopting cutting edge green technology that can help boost productivity even as it reduces emissions. Here are a few recent innovations that are helping manufacturers be smarter about recycling energy and cutting down on waste.

Renewable energy from wind farms, hydroelectric projects, biomass furnaces, and solar panels is one of the most important strategies for reducing reliance on carbon, and most factories are well situated to invest in at least some of these forms of energy.

Installing solar panels on the roof, for example, or incorporating wind turbines into the building design, are great ways to harness clean energy to power operations while saving money at the same time.

One of the most energy-intensive processes on modern production lines is heating or cooling of solids. Used for everything from processing foodstuffs to making plastic, industrial heat exchangers use a lot of power, and ensuring as much of this power is returned to the energy grid as possible is essential.

The latest indirect heat exchangers are designed to cut energy use by as much as ninety percent, and also help facilitate energy storage and recycling (you can visit Solex Thermal to learn more about how these exchangers work), reducing the amount of power factories require and making it easier to store renewable energy from solar panels or turbines.

Carbon capture and storage is a particularly important technology in factories that burn fossil fuels for energy. Carbon capture has been in use for decades in gas and coal fuelled power plants, but it is increasingly being turned to as a way of keeping carbon out of the atmosphere altogether.

Carbon capture technology helps trap carbon produced by burning fossil fuels so that it can be stored in the earth or in construction materials rather than released into the atmosphere. Many engineers believe that more widespread use of carbon capture and storage tech can play a critical role in reducing emissions in the short term to buy more time for investment in renewables.

Cradle-to-cradle design is a philosophy that incorporates environmental concerns into the design process. When using this philosophy, designers work to ensure that the materials and processes used in the creation of a product will be as sustainable as possible, and that when it reaches the end of its life, the product itself can be recycled or re-used.

According to the latest projections, if emissions are not significantly reduced within the next decade, the earth could be on a collision course for a catastrophic rise in global temperatures. If climate goals are to be met, it will be essential for manufacturers to play their part by ramping up investments in green energy and finding ways to reduce their use, re-use as much waste material as they can, and recycle everything from energy to scrap metal.