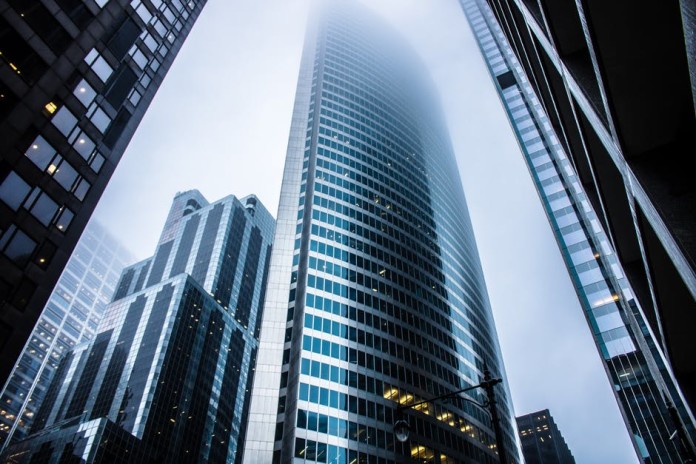 After a record-breaking year with incredible growth all across the American market, the Dow Jones hit yet another all-time high on Wednesday. The index also closed in the green for the fifth day in a row marking the best streak since mid-July. However, experts and analysts are now divided on where the market is headed. Is there room for more growth or should we expect a recession?

We asked the experts at BullMarketz.com to share their view of what’s happening.

During the end of 2017 and early 2018, the Dow Jones Industrial Average experienced an incredible bull run that resulted in several impressive all-time high records. By the end of January, the Dow Jones rallied to never-before-seen heights before spending most of February in a negative trend.

Since then, the index has fluctuated quite a bit while following a steady but slow bull trend, and over the past couple of weeks, the index has traded within reach of new records. And on Wednesday, the Dow Jones finally managed to push past its January record, setting a new all-time high.

How has the Dow Jones been able to set several records in 2018?

Well, the main reason is the booming American industry. Ever since Donald Trump won the election and started implementing new policies, the economy has been skyrocketing. Corporations are performing better than ever, unemployment rates are at record low levels, and overall optimism is driving growth all across the economy.

Naturally, this has helped push the markets, and the Dow Jones is not alone in record territory. Both the NASDAQ Composite and the S&P 500 have marked all-time high prices in the past couple of months too.

Furthermore, both Apple and Amazon became the first two American companies to reach a 1 trillion dollar market capitalization within days of each other, which helped boost optimism even further.

However, the problem with a booming economy is that it always comes to an end and right now the industry experts are divided on where we’re headed. A large part of Wall Street believes that the economy still has a lot of room to grow, while others are expecting it to end rather soon.

Reasons Why the Economy Has More Room to Grow

Most analysts agree that there are certain industries driving the development right now. For example, the healthcare industry is doing phenomenally, and the stocks are not showing signs of being overbought. The same goes for the semiconductor industry with AMD and Micron spearheading the growth.

That being said, the biggest driving factor this year has been the tech industry and especially the FAANG stocks. And even though Facebook is struggling with controversies, Amazon, Apple, Netflix, and Alphabet are rallying.

Moreover, the retail industry has started indicating that it’s about to initiate a rally and analysts are expecting a record-breaking holiday season.

But are the bulls being too optimistic?

Troubles on the Horizon

While many experts agree that the economy is booming and that more growth can be expected, some are being more realistic. One of the strongest reasons for this is that the American stock market is being held up by a minority of companies and that the small-cap portion of the market will drive the next bear market.

The Dow Jones is, as mentioned, currently at an all-time high but there are actually three times as many 52-week low stocks on the NYSE as there are 52-week highs. In other words, more stocks are struggling than rallying. This kind of disparity has not occurred since the end of 1999, and unfortunately, it’s not a good sign.

There is also a group of experts that worry that the trade war is about to take a nasty turn. At the moment, the tariffs on Chinese goods are supporting American growth, but that could change at any moment, forcing the American economy into recession.

There is no doubt that the American economy is booming and that there is a wide-spread optimism about the future. Although, if there is one thing that history has taught us it’s that the worst economic crashes happen when we become overly optimistic. Therefore, we have to be careful.

Lastly, there is no actual way of knowing when the market will turn, and in the end it’s up to each and everyone to keep an eye on how the market develops.