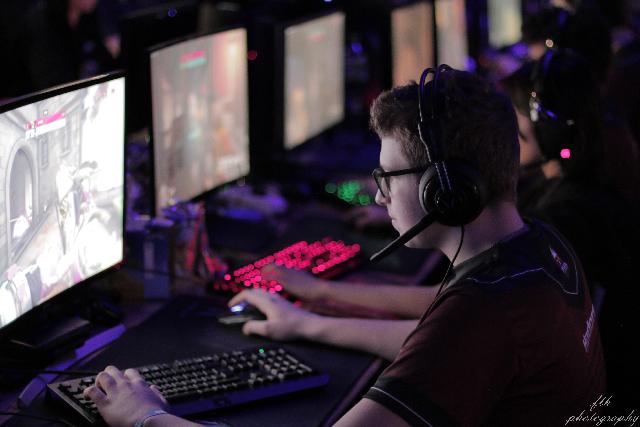 The Best Video Games of 2021 | Have you, dear gamer, been burnt too many times? Have you had your heart broken by the likes of No Man’s Land and Fallout 76? Did you, like so many others, wait until the reviews were in on so many games at the start of 2021 before you invested in any of them? Well, this is the review you’ve been looking for. Take a look at our picks for the top games of 2021 and what really deserves your time and money.

You can finally get the true Ash Ketchum Pokémon trainer experience with Pokémon’s latest release Pokémon Unite. A strategic team battle game, Pokémon Unite will see you and your trained up Pokémon enter the arena to battle and compete to become Pokémon master.

Choose your Pokémon, select their moves and enter the arena to climb up. Your Pokémon can use battle items to their advantage, thrown by their trainer, and evolve mid-battle. You will gain in-game rewards as a trainer, giving you access to more Pokémon and aesthetic rewards for your furry teammates.

Mainly played on the Nintendo Switch right now, the content marketing for Pokémon Unite says that the game will soon be available to play on iOS and Android from September 22 and has already surpassed a 2.5 million mobile pre-registration milestone. It looks to be the game that everyone will be playing.

The wait is almost over for a Resident Evil multiplayer. Once again delayed until next year, we wait with bated breath for the horror multiplayer. Initially promised to be released alongside Resident Evil: Village, Capcom have delayed the multiplayer option, which at least gives hope for an unbroken game.

Players are said to battle each other in third person as some of your favorite Resident Evil characters like Jill Valentine, Leon S. Kenney and Nemesis in a combat arena based on the Racoon City Police Department from Resident Evil 2.

In the meantime, Resident Evil: Village, the solo experience, is a terrifying and highly memeable experience.

Set in the years after Resident Evil: biohazard, Ethan Winters and his peaceful life with his wife is once again rocked by tragedy. When their daughter is kidnapped, Ethan must walk into the depths of Hell and all that it offers to get her back.

Resident Evil: Village has a variety of horrifying characters to run from including Mother Miranda, the feathered gothic goddess of the village, and, you were waiting for me to mention her, the elegant and bewitching Lady Dimitrescu.

Scott Pilgrim vs The World: The Game

The wait is finally over for the Scott Pilgrim vs The World: The Game game. It is shocking it took so long. A game based on a movie, based on a graphic novel heavily using iconography from video games. We’ve come full circle.

The remaster beautifully takes the iconic style of Bryan Lee O’Malley’s world and pixelates it into a retro-looking side-scrolling beat ‘em up, much like the story would suggest.

But it’s not just Ramona’s exes giving you trouble. Fight as all your favorite characters through waves of enemies, with an online element that lets you play with up to three friends, to defeat Gideon and win Ramona’s heart.

The Complete Edition includes the game and add-on packs as well as original DLCs.

If you’re starving for a role-playing game, look to Disco Elysium. The open-world RPG offers you a corrupt world of the past. You, a detective looking for a murderer, have choices in what kind of person you want to be. Are you the jaded but ultimately fair hero of your own noir story, or are you there to enact revenge or get answers at any cost?

You can customize your hungover detective with different skills and tools to help him on his journey and develop new ideas in his “Thought Cabinet”, to determine different ways of handling any given situation.

But how will you approach it? Will you intimidate? Sweet-talk? Become violent? Write poetry? Sing karaoke? Dance? Solve the questions of the universe? Disco Elysium allows you complete freedom to approach as you wish, giving options you can’t even imagine Humphrey Bogart attempting.

A sort of lovechild to Species, Far Cry, Fallout, Horizon Zero Dawn and Kung Fu Panda, Biomutant is an open-world RPG set in a post-apocalyptic world. A very cute and fuzzy kung fu warrior is working his way through the world to save the world. The Tree of Life is bleeding from its roots and the people are divided. So that covers most of the similarities, but Horizon Zero Dawn? Yeah, the hero fights with an electrified sword.

Keep a look out for big names like Life Is Strange: True Colors, Metroid Dread, Dying Light 2, House of Ashes and Humankind which will all be released during the latter half of 2021.