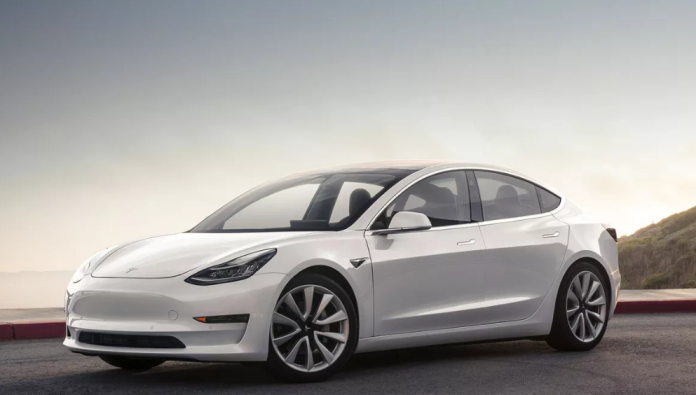 Greg Thomson, Negosentro |  As Tesla Model 3 buyers begin to take delivery of their much-ballyhooed electric cars, some questions have arisen. Is the Model 3 really the mainstream electric vehicle of the future? Will it be, as the company has promised both thrilling-to-drive and affordable? At present, the answer seems to be a definite maybe. Tesla CEO Elon Musk expects total sales of 400,000 Model 3s in 2018. However, there are several factors at play that could prevent the company from hitting its ambitious target.

The base price of a Model 3 is roughly $35,000 – pretty close to the average price of a new car in the U.S. today. But the price rises dramatically when you equip it the way you want it. Tesla has brought back a saying that Ford used on its original Model T: “You can have it in any color you like – as long as it’s black.” Should you want a paint color other than black, that’s an extra grand. A version with a longer battery range adds on an extra $9,000, and a self-driving Tesla will run you an extra $5,000 to $8,000. Fully decked-out, the Model 3 will be almost $60,000 out the door. That’s not a bad price for all you’ll get, but it is a little outside the mainstream. The higher values and repair costs of these cars will also lead to higher insurance rates. If you go this route, you’ll want to be on the lookout for cheapcarinsurance.

A looming question: Can Tesla make enough Model 3’s fast enough to meet its sales goals? Tesla forecasts call for a ramp-up of Model 3 production “to 5,000 vehicles per week at some point in 2017 and to 10,000 vehicles per week at some point in 2018.” At 10,000 per week they’ll hit the 520,000-production mark in 2018, more than enough to be profitable. The Model 3 was designed to be much simpler to make than Tesla’s previous vehicles, but strains are already starting to show. Musk said recently Tesla should be making 20,000 Model 3s per month by December; that’s only half the number of his previous estimates. Tesla attributes the Model 3’s slow start to a shortage of battery packs. As a result, people making reservations for a Model 3 now shouldn’t expect to get their car until sometime in mid-2018. The Model 3 is just getting started on what’s sure to be a long and difficult road to true mass-market profitability.

Unlike the big car companies, Tesla doesn’t have an established network of independent dealerships to sell and service its cars. Tesla will need to quickly develop retail and service capacity commensurate with the number of Model 3s it expects to sell. Everything from replacement parts inventory to repair equipment to the number of haulers needed to ship the product to the financial risks of a recall is bigger with a mass market vehicle.

Despite growing perceptions of Musk as the electric car wunderkind, the process of car-making has proven challenging for Tesla. Both its Model S and the Model X vehicles experienced production delays. Tesla’s luxury car owners might not have minded the wait because they liked the thrill of being early adopters. But mainstream buyers, for whom the Model 3 is likely to be the primary vehicle in the household, will be less forgiving.

Experts are saying, “This is the car that will either save Tesla or kill it.” That remains to be seen. But even if all of Tesla’s plans fall neatly into place, it’ll still be but one of a host of manufacturers selling electric cars with similar technology and similar pricing. As such, it may not be the mainstream electric car of the future but one of several mainstream electric cars of the future. Either way, Tesla will always be remembered for having been on the forefront of electric vehicle technology.