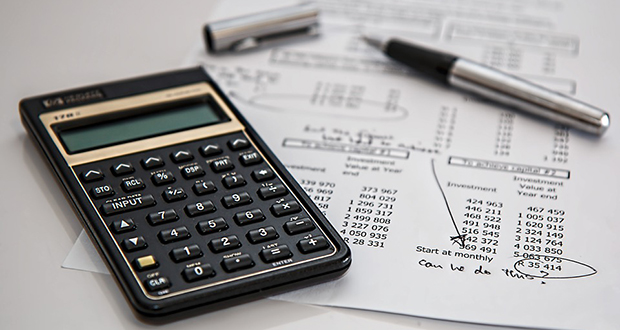 Philippines’ investment grade credit ranking continues to exhibit good performance, according to Standard & Poor. The world’s leading index provider and the foremost source of independent credit ratings recognizes the sound macroeconomic fundamentals that are seen to help the economy stay on a path of rising incomes.

The rating remains at BBB, which is a notch higher than the minimum score within the investment-grade scale.

The rating is assigned a “stable” outlook, indicating it will likely stay the same over the short term given absence of significant risk to the country’s creditworthiness.

“The stable outlook reflects our expectation that the key economic, fiscal, external, and monetary credit measures for the Philippines will continue to improve,” S&P added.

Against a backdrop of sound fundamentals, S&P expects incomes to rise in the Philippines.

Growth in real per-capita income, based on its projection, will accelerate from 4.1 percent in 2015 to 4.4 percent this year, and further to an average of 4.6 percent in the next three years. Per-capita GDP, in nominal terms, is estimated to reach $3,000 this year.

The debt watcher also believes many of the sound policies implemented over the past 6 years are well entrenched and, therefore, will unlikely be reversed even as a new administration steps in by the end of June.

“Our affirmation of the ratings is premised on the new administration after the May 2016 elections having a strong mandate to continue to pursue orthodox fiscal, economic, and development policies,” S&P said.

S&P expects the country’s external payments position to remain strong, adding that the country will continue to be a net external creditor to the rest of the world. This position is aided by robust foreign-exchange inflows led by remittances, revenues of business process outsourcing (BPO) sector, and tourism receipts.

S&P also cited manageability of the Philippines’ debt as another key strength, noting the country’s “low” foreign borrowings that mostly have long-term maturities.

The $82.6 billion in gross international reserves (GIR) registered as of end-March can cover 10.3 months’ worth of imports of goods and payments of services and income. The GIR is also 4.0 times the country’s outstanding external debt falling due within the next 12 months.

Meantime, the Philippines welcomed S&P’s move to keep its BBB rating with a “stable” outlook.

Finance Secretary Cesar V. Purisima remarked: “Rating us a notch above the minimum investment grade is an encouraging affirmation of President Aquino’s record of sound economic management. We still face strong external headwinds in the near term; we’ll keep our fundamentals strong and our debt resilient.”

“With elections less than a month away, we are reminded of how far we’ve come. There will, of course, be a healthy amount of pressure on the next administration to sustain and build on this record,” Purisima, who chairs the Cabinet Economic Development Cluster, noted.

The Investor Relations Office (IRO), the Philippine government’s central point of contact for credit rating agency engagements, said the affirmation by S&P of the Philippines’ favorable credit rating, together with the ‘stable’ outlook, substantiates projections of sustainability of the country’s economic gains.

“The Philippines has implemented a wide array of structural reforms that are crucial for avoiding boom-and-bust cycles and that have placed the economy on a higher growth trajectory,” the IRO said.

“Among these are sound frameworks for monetary policy and bank supervision, which have respectively provided an inflation environment conducive for rising investments and consumption, and a banking sector that continues to fuel economic growth,” the IRO added.

S&P recognized the work done by the BSP to provide an inflation environment and a financial system conducive to growth.

It said the expected implementation of new measures for monetary policy, such as the interest rate corridor system, will make the BSP even more effective in the delivery of its mandate.

“The strengthened oversight of the financial sector by the Bangko Sentral ng Pilipinas combined with modest growth in private sector debt and real estate prices have also contributed to improved system stability in recent years,” the debt watcher said.