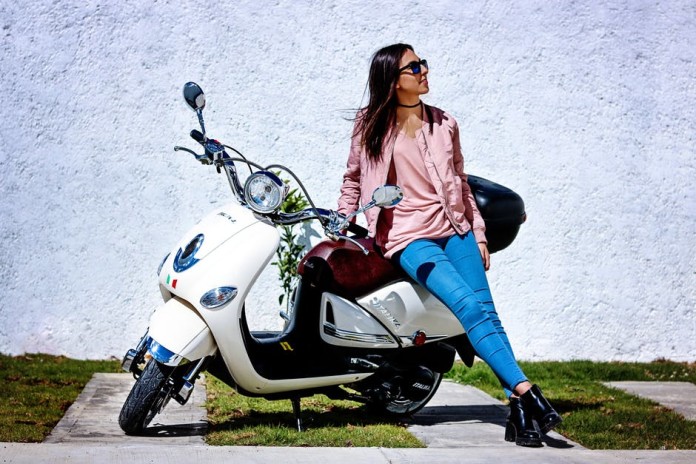 Sam Zaman, Negosentro | Time is changing rapidly and so the social trends & ideologies.

Modern day women have gone fearless. They look fiery, more resolute and ready to take on challenges that have all been men’s tryst until now.

Women have successfully made their footprints in politics, sports, entertainment and countless other fields.

After witnessing a super colossal show in various arenas, we are now seeing them try their hand at motorcycling.

It’s delightful to see them exceedingly interested in taking the front seats, instead of embellishing the pillion.

But what’s behind this trend? Why we see more women riders these days? we shall find out with an elaborate discussion –

Motorbikes have always been cliched to being men’s dominion since the era of their invention.

By taking the plunge of owning a beast, women affirm that they are no less than men, or any other species for that matter.

Not necessarily to outclass men but they like to announce that they are in the ring too. Women must be taken seriously.

But there’s no denying the fact that women have always been associated with being coy, constrained, timid and likewise.

Thankfully a major percentage of women today aim at busting this age-old belief by riding a fierce two wheeler.

It fills them with a sense of pride and empowerment, making them confident and daring.

Being a motorbike rider synonyms with being the master of your own self instead of being controlled and driven by someone else.

Such freedom of being an independent ruler is surely enticing and thus invites more and more women who have a hunger for breaking through the boundaries and feeding their self admiration.

They are free to take up daily chores themselves for which they were dependant on their male partners until now.

Motorcycle riding is notorious for adventure.

The adrenaline rush, the frenzy is driving women to get ready every weekend with their gear.

Women are determined to come out of their comfort zones, explore new horizons and have fun.

They seem to have taken clue from the fact – ‘Why should men have all the fun?’ They are on the cutting edge of seeking long tours adventures, alone or with their girl gangs.

Women riders not only have a unanimous sense of independence but they also encourage and inspire each other with shared sets of ideas. And this perhaps has attributed to a steep hike in their numbers on the road today.

They have clubs and communities to help them connect with old timers and rookies who have similar aspirations and love to share their passion for motorcycling.

To further brace the idea, several organisations are coming up in support of women riders, opening up doors for thousand others.

Passion driven women find their motorbikes to be their key source of happiness. They feel it helps them to stay stress free. They are in fact more confident and comfortable when in control of things.

Women riders are more likely to succeed in their relationships too. The recognition of their self worth is much better than that of non-riders.

I once got a thankful chance to speak with one woman biker who, very proudly and happily described her motorcycle as her personal joy machine.

I was really overwhelmed by her idea of unloading of her stress and worries over a ride on her most prized possession.

Her imperturbable narrative of how exalted she feels when the wings of air embrace her whole body as she cuts through it, gave my visualization some food for thought and I too went on a flying trip with her.

The moment I gained back my consciousness, I realized I was smiling. I now knew what it meant to her.

I felt at peace!

With a swell in the number of women riders across the globe, there has been a certain lift among the women community.

Besides presenting them with added means of transportation and commuting, it has given them wings to fly which doesn’t come with a set of layered instructions.

Women are no more subjugated companions of their rider men but the captain of their own ships!

More power to you girls !!

Contributed by – B&B Off Road

It Still Runs: 3 Top Tips for Fixing an Old Car

Aftermarket Car Parts: Why Are They Worth the Investment?

How to Stay Financially Protected After an Accident: by Nat Smith