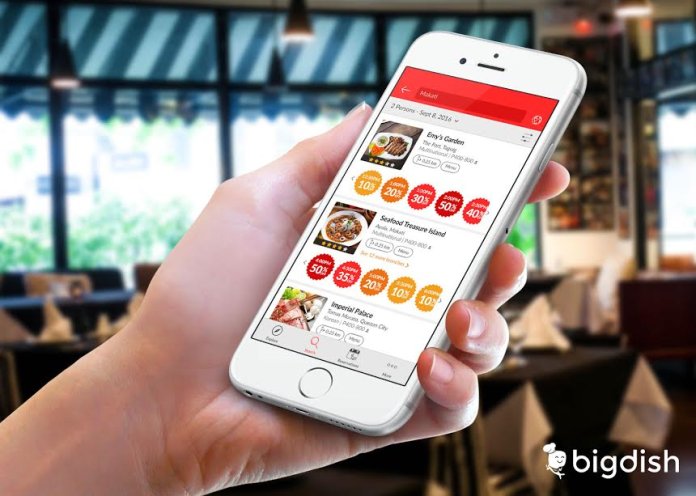 Makati city, Philippines – Joost Boer is the CEO of Philippine based start-up, BigDish. BigDish expanded from the Philippines into Hong Kong and Indonesia in 2016 and plans to expand further within South East Asia in 2017.

Joost originates from the Netherlands. From a young age, Joost have always been passionate in creating and discovering new things, which led him to pursue activities such as drawing, painting, and later on running and growing a popular video games website.

After finishing his Bachelor’s Degree in International Business and Management, Joost got accepted to Erasmus University of Rotterdam to specialize in Strategic Management. During his studies, he ventured into various Southeast Asian countries for prolonged periods of time. Later on, this experience inspired him to work abroad, disregarding other opportunities waiting for him back in Netherlands.

In 2013, Joost moved to the Philippines to work for a fin-tech startup, where he fell in love with the thrill of building new companies. According to Joost, “I don’t strive much for success but rather, I strive more on finding things that I love to do. Once you’ve found doing what you love, success – whatever this really means – will usually follow. “

By 2014, Joost was appointed as CEO of Gourmet Society Philippines, which later on rebranded as BigDish. BigDish launched in October 2016 having identified a need for yield management solutions for the restaurant industry. Joost believes that BigDish is definitely the app that could capture the heart of all foodies. Joost commented that, “BigDish is a restaurant reservation platform that offers time-based discounts. This enables restaurants to fill empty capacity especially during quieter periods and at the same time, enables diners to save money. It’s really a win-win solution! Our platform is founded on yield management principles. Yield management is the principal of charging customers different prices for the same product at different times. It is a concept that has been around since the 1970’s in the travel industry. BigDish is bringing yield management to the restaurant industry.”

Expanding in 3 countries in less than 6 months

When asked about the secret of being able to expand in 3 countries in less than 6 months, Joost said “I believe that there is no secret to rapidly expanding your business. There’s only one way to achieve this, and it is through hard work and investing in the right people, who believe in your vision and developing the right platform for expansion.” Joost emphasizes that getting the right people in the team is one of the hardest challenges for startups. Which is why having a diverse and highly talented team makes all the difference.

Joost also urges young entrepreneurs to treat any investment as if it were their own money. He said, “Be very critical about every penny you spend and make sure that is all goes towards those things that actually add value to the business, not just the “nice-to-haves”. For example, even Amazon started with improvised desks made from doors! They kept these even as they grew into a billion dollar company in order to serve as a reminder of their frugal beginnings.” As you expand your business, stick to the basic needs for as long as you can. For instance, there’s no need spending money on a fancy office for a team of 2, rather work from home or from coffee shops.

His Advice to other emerging start-ups

“If you want to be able to expand internationally within a short period of time then there is just one real solution: keep your head down and work hard! Expanding abroad always comes with its challenges. You need to be aware of cultural nuances, which is why it’s so important to not just closely work with local people but to also listen to what they have to say with respect to their market. Foreign markets also have different degrees of red tape and what may be simple in one country, such as opening a bank account, may not be as simple as in another.”