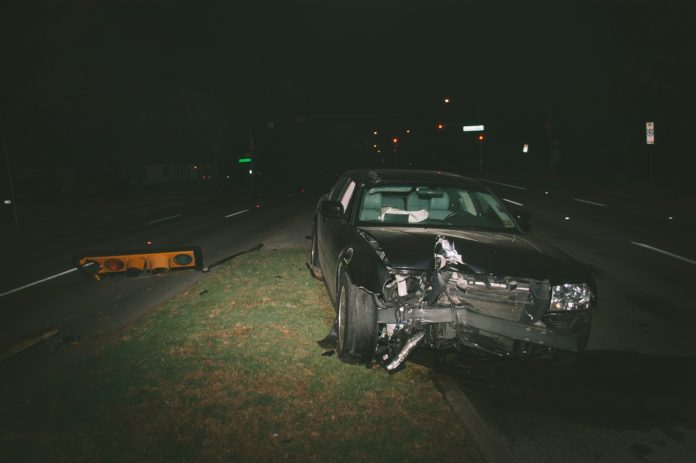 Even a minor car accident can often be a terrifying and disorientating ordeal. From minimizing the potential risk and dangers that may be present at the scene of a collision to contacting a professional Los Angeles accident attorney in order to file a case, claim or suit, knowing what to do following a car accident is a matter that no driver can afford to overlook. Failing to properly document the environment and events leading up to the accident or leaving the scene prematurely could prove to be a more costly mistake than many drivers might realize.

Failing to assess the safety of their surroundings in the moments after an accident is a serious oversight. Just because a vehicle has come to rest following a collision or other accident does not mean the danger is over. Issues like poor lighting or proximity to traffic can increase the risk of a secondary collision while exiting the vehicle in an effort to survey the damage could place occupants at risk of being struck. Failing to make safety the number one priority following a collision could drastically increase the risk of further injury.

Remain at the Site

Leaving the scene of an accident prematurely could place driver’s at risk of legal repercussions. Ensuring that all injuries have been identified and assess, exchanging insurance and contact information with the other parties involved and filing a report with the police once they have been summoned to the scene are all major steps that must be completed before a driver can safely leave the scene. For those who have been accused of fleeing or prematurely leaving the scene of a car accident personal injury lawyer services could play a key role in ensuring that drivers are better able to defend themselves from legal allegations.

Many serious and even potentially life-threatening injuries can be difficult or outright impossible for the layperson to identify. Calling for help at the earliest opportunity can ensure that who have been injured in the accident will be treated and assessed by a trained professional. Time is often of paramount importance when it comes to ensuring that accident victims who require emergency surgery or other advanced procedures are more likely to survive.

While there may be no need to call for emergency medical services for a simple fender bender, summoning the police the scene at a less serious accident can still provide a range of potential benefits. Law enforcement personnel can assist in making sure the scene of the accident is free of additional safety hazards, facilitate communication between all parties involved and craft a police report that documents witness statements or situational evidence which may be useful when filing an insurance claim or preparing a legal suit. Failing to contact the authorities following an accident could lead to no end of complications and further issues that drivers would do well to avoid.

Speaking With Other Parties Involved in the Accident

Swapping insurance and contact information with the other driver is an important concern. Drivers will also need to provide the same information to any other parties that were involved in the accident. Having a conversation with the other driver is not always viable and trying to interact with drivers or passengers who may have suffered a serious injury during the collision would be unwise. Accident victims should also be careful with what they choose to say to other drivers as anything they choose to disclose could limit their options or complicate future legal efforts.

Anyone who may have witnessed the accident or the events which lead up it is a potential witness. Other evidence, such as photos or videos that may have been created with a smartphone or that may have been captured by a nearby security camera or similar device can also be a valuable resource. Few drivers are equipped to interview potential witnesses following a car accident. The services of an auto injury attorney located in Los Angeles are often essential for ensuring a thorough and comprehensive investigation is performed. At the very least, drivers should refer potential witnesses to the police if they have been summoned or even make an effort to collect contract information themselves so that potential witnesses can be tracked down and interviewed at a later date.

Attempting to photograph the scene of the accident is another concern which needs to be addressed. Taking photos of the vehicles involved, as well as their surroundings, can be especially important for minor accidents or in situations where the police have not been involved. Other helpful efforts to document the accident may include writing down any details while the memory of the events is still fresh or even attempting to sketch out and diagram the way the collision unfolded. Being able to refer to such details later on can be of great importance, especially in situations where those who have been involved in an accident may need to work with a Los Angeles accident attorney in order to prove the other driver was at fault.

Documenting other details about the scene and nature of the accident can be just as important as photographing damage to the vehicle or establishing the positions of all cars involved. Making a record of the lighting and weather conditions may be invaluable, and details pertaining to any other distractions or issues which may have been a contributing factor may also come in handy. For those who failed to make a record of events following the event, the services of a car accident personal injury lawyer can be a major asset. Professionals who know what to look for are often the only ones who can identify useful information when returning to the scene days or even weeks after the collision occurred.

While speaking to an attorney following a car accident may not be an immediate concern, failing to do so in a timely fashion could be a major oversight. The experience, guidance and other resources that a seasoned personal injury lawyer can bring to the table could be of the utmost importance when it comes to any of the following:

If you or someone close to you has recently been involved in a collision or other form of car accident, it’s time to contact West Coast Trial Lawyers for additional information regarding your situation and the options that are available to you.

Advantages of Renting an Electric Bike over Buying It

Spend Or Save – Are These 5 Car Upgrades Really Worth The Cost?