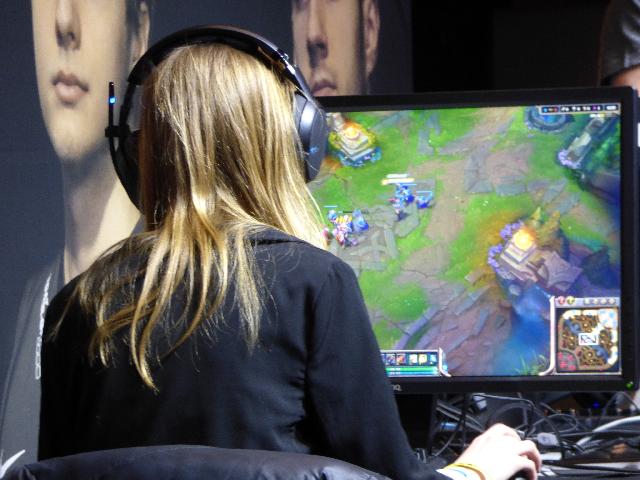 How Can You Avoid Toxic Players in Siege as a Woman? | Unfortunately, women have been a constant target in the gaming community and treated like objects for a long time. What you might experience in Siege – well, there are high chances to experience it in any other online game. And to think we like to brag about living in an advanced, educated society.

Staying secure on Siege is essential if you want to have a smooth gaming experience. If you’ve experienced toxic behavior while playing, you’re not alone. Hundreds of women shared their poor gaming experiences when they talked about Siege.

What’s worse, if you type something on Google related to Siege’s community, you’ll see dozens of articles about how toxic this community is. And for good reasons too – you can see a lot of testimonials from harassed players that preferred to take a break from this game.

Why Is Rainbow Six Siege So Toxic?

Why does this happen?  There are 2 possible explanations.

First, people feel safe behind a device because they think they’re anonymous. They feel like nothing bad can happen to them if they treat others poorly.

Second and the most likely situation, they are frustrated with their own lives. So, making fun of strangers is just what they do to take their minds off their problems and failures.

That’s why it’s crucial to remind yourself that you shouldn’t let those mean or misogynistic remarks get to you. Rest assured that those petty insults thrown at you by random people just mean  that they’re unhappy with their lives. So they use toxic language and behavior as a way to distract themselves.

Keep in mind that being insulted by strangers on the internet says more about them than it does about you.

However, trying to understand poisonous players doesn’t mean you should enable their behaviour. On the contrary, they have no right to harass other players so don’t treat this problem lightly.

How Do You Recognize a Toxic Player?

Some toxic behaviors you might see on Rainbow Six Siege include:

Sadly, this is just the tip of the iceberg. A lot of female players happened to experience harassment from groups as well, not only individuals.

And it seems that aggressive behaviors are more common among console players than PC players, and happen more often in casual mode. However, a lot of women experience toxic behaviors in ranked games as well.

Don’t overthink their slurs – press that mute/block button and play with gamers that know how to have fun instead of just harassing random people.

How Can You Avoid Toxic Players?

The good news is that Ubisoft auto-bans Siege players that use toxic language. So if someone says something homophobic or racists, they will get a 30-minute ban.

As a starter, of course! If they continue to use toxic language, they’ll risk a 2-hour ban and, ultimately, a permanent ban from the game.

To prevent team killing, Ubisoft came with a Reverse Friendly Fire feature that is enabled automatically when a valid team kill takes place. This feature will be active for the entire duration of the match and everyone on the team will be notified about it.

Once the Reverse Friendly Fire feature is activated, the toxic player gets equal damage every time they shoot at a friendly player. Or as the Beatles used to say: the love you take is equal to the love you make.

Yet, no system is perfect. Toxic players will find a loophole with any new rule Ubisoft tries to implement, just to ruin others’ fun. If you happen to stumble across them, there are a few ways you can handle them.

If you go to the Player menu, you can see a microphone. Select the player you want to mute and once you’ve done it, a white line will appear through the mic. This means you can’t hear them again.

However, keep in mind that they can still hear you, unless they decide to mute you as well.

If you want to block a toxic player, press Square to open their PlayStation profile. Tap on the Options button and select Report or Block.

This way, you won’t receive messages, invitations, or friend requests from them. Besides, toxic players won’t be able to view your personal information, profile, and posts.

Advice from Other Players

Other players prefer to make jokes at the beginning of the game so they set a light, enjoyable vibe for the whole match. This way, people relax a bit and the competitive feeling diminishes.

However, do whatever feels best for you!

The gaming community can be toxic, that’s true. Game developers constantly release updates to deal with them. But we can’t just stay and let them have their way until Ubisoft finds a new method to ban them.

Fortunately, you can mute and block players in the game or via Ubisoft’s chat support. This way, you play your part in making the gaming community a bit safer and more enjoyable for others!

Have you ever had to deal with toxic players? Or do you know funny stories where toxic players got what they deserved? Tell us everything about your experience in the comments and let’s spread a more positive vibe in our community!