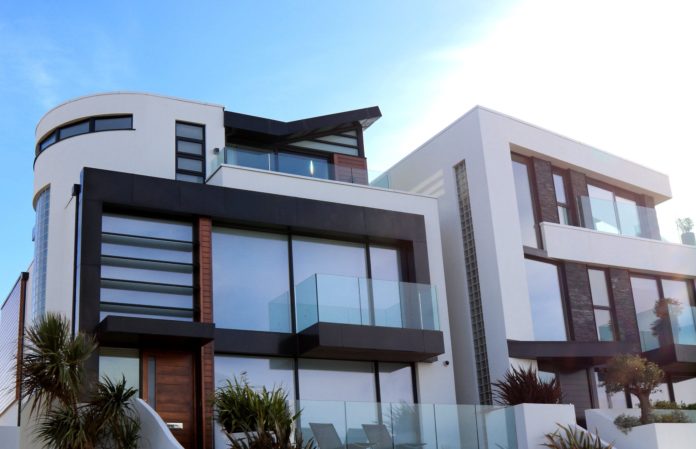 With new technology coming out all the time, there seems to be something to help with everything we do. In fact, sometimes these new gadgets are used together in such a way that it is meant to make everything we do easier, all wrapped in one bundle.

This has made the argument of “get this model” broaden into “get all this technology in this form and use it this way”. One such form is a high-tech home. Are these just a fad, though, or are they really worth it?

What are High-Tech Homes?

The first thing to know is what a high-tech home is. To put it briefly, these are homes that use technology in such a way that nearly everything you do in the house is made easier. The technology used might be rather commonplace or they might be new innovations. More often than not, it is a mix of both.

Since a high-tech home is more often made by the technology used around and within it, it isn’t something you have to buy as is. Instead, you can introduce technology into your current home and make your home high-tech!

What are Some Gadgets You Can Use to Make Your Home High-Tech?

So, if any home can be high-tech, what can you do to make your home high-tech? Luckily, there is a long list of gadgets and gizmos you can use to take your home to the next level and each one has a variety of benefits. Here, we will take a look at some of your options and what they can offer you.

The first item on our list is robot vacuum cleaners. These are fairly well-known and, at this point, not shockingly new. A few examples of these vacuums include the Roomba or RoboVac. However, these vacuum cleaners are more than just vehicles for cats in online videos – they can make your life much easier!

The benefit here is fairly obvious – these little robots help you save time cleaning. In fact, they do it with not only less hassle but more discreetly as well. That means no more droning sound while you vacuum or asking everyone to move their feet.

This next piece of technology is rather impressive as well – lights that you don’t need a light switch for. They aren’t the clap lights of yesteryear, though. Instead, these are LED lights that can be programmed or turned on and off with an app on your smartphone or tablet.

The immediate benefit of this is that you don’t have to get up to turn the lights on when you want to go to bed. Alternatively, you can switch the lights off from work if you forgot to turn them off at home.

The greater benefit that you get from these lights is that they are energy-friendly. Not only can you turn off lights that you forgot about when you left but you can program lights to turn off at times when you aren’t typically home or when you’re asleep so there’s no forgetting.

Finally, LED lights are naturally greener than traditional, incandescent bulbs meaning that they’ll help cut down on your energy bill. They also don’t need to be replaced as often either.

A lot of homes already benefit from the safety of a security system. These usually let you know when the door has been opened and, if a code hasn’t been inputted to let the system know it’s you or family, alert the authorities to protect you from home invaders.

These systems have grown since their debut, though. One popular way is through remote and discreet cameras for doorways. This way, when someone comes to your door, you can see who it is before you give any notice that you’re home or open the door.

Many of these camera systems also notify you when they detect movement. This way, no one can approach your door that you aren’t expecting without you knowing about it.

Another gadget that’s gotten a lot of attention lately is voice controlled speakers. This popularity started with the Amazon Echo and continued with alternative options such as the Google Home.

If you aren’t familiar, these are speakers that you can give instructions to or ask questions. For instance, the Amazon Echo is triggered by a keyword – usually “Alexa”. Once activated, you can ask it a question – much in the way of Apple’s Siri – or you can give it a command such as playing a type of music. You can also request the Echo do other small jobs such as reading you a recipe while you cook or ordering takeout for you.

The great thing about these devices is that since they are fairly new and everyone is trying to compete, new and exciting features are constantly coming out. In other words, the ways that these voice controlled speakers can help you is constantly growing.

On that note, if you have a green thumb – or not! – and have some plants around the house, you can put them in a self-watering planter. With planters like these, you simply put the plant in and fill up the pot. From there, your plants will have water and nutrients systematically for up to a month. This means your plants will be taken care of with minimum input from you.

Whether you live somewhere that it frequently floods or not, it never hurts to protect yourself from the worst case scenario. After all, preventing a flooding basement is better than reacting to a flooded basement. Plus, this will help detect flooding unrelated to weather such as broken pipes.

With these alarms, you can get both visual and audio alerts at the first signs of flooding. This will, ideally, give you a chance to take action before too much damage is caused.

With smart smoke alarms, the alarm is usually linked to your smartphone. So, when you set it off cooking, you can turn it off with the press of a button. In the case of a real fire, though, these alarms will blare and flash to notify you.

Many of these alarms go further than just fire alarms. While a fire is often obvious – eventually, you’ll see the smoke and feel the heat – there are rather “silent” forms of danger. This is why many of these alarms also detect dangers such as carbon monoxide.

Whether you’re a worried pet parent or you just don’t want to go hours without seeing your best four-legged friend, you can benefit from a pet camera. These cameras allow you to see your pet while you’re away from home.

Some have additional features as well. A common extension is a microphone that will allow you to call out to your pet. Additionally, some are connected to treat dispensers so you can give your pet a snack while you’re away.

Aicool Smart Trash Can is also a helpful gadget that you can use to make your home high-tech.

AUTHOR BIO
Hi there, I’m Woodworking Pete Alman. I’m a former carpenter turned writer, and proud resident of Nashville, Tennessee. When not working on a project in my shed, I’m lifting weights or hanging out with my three dogs (Dobermans).

Home Health Care Services and All You Need to Know