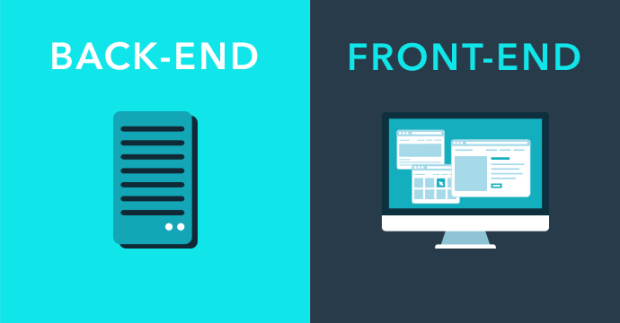 Whatever happens in the frontend, backend is where its structure and implementation occurs. An application’s frontend is the aesthetics and user experience. Frontend is where the user-experience is crafted. But if the backend doesn’t work properly, a beautiful front-end work is of no use.

Backend of an application is responsible for taking care of issues like calculations, business logic, database interactions, and performance. The backend coding is done to bring the whole application to life. Backend code is run on the server, as opposed to the client. Backend developer’s portfolio includes understanding of different programming languages and databases, along with necessary understanding of server architecture. Issues such as slow performance of application, frequent crashes and errors may arise from the backend complications. The technologies that are used in the backend development are:

There are a variety of backend languages available for developers. Ruby and Python are two languages mostly in used modern web development-

Ruby – It an efficient and comfortable programming language. Ruby has an easy to read. Ruby is mostly used with Rails, which is a framework (built with Ruby) for building web applications.

Ruby with Rails is popular choice, mostly amongst small startups and businesses, for development. Companies like Twitter and Github started using (and still is, to some extent) Ruby. Ruby can be used to code business logic, calculate data and distribute servers for better performance.

Python – Python is popular for its readability. It is mostly used with the popular web development framework – Django. It is very popular option for building web applications.

The file hosting service Dropbox was built with, and still uses Python to run much of its server-side code. Python can be used to do whatever Ruby is used for. It is just a matter of skill set, preferences, your team and the task at hand.

SQL – SQL is used to interact with databases, which are an essential part of every backend web application, and is a universal database query language.

Regardless of which language or framework you choose to build your web application on, you’ll use SQL, or some abstraction of it, to interact with the database.

6 Environmental Benefits Of Composting That You Should Know