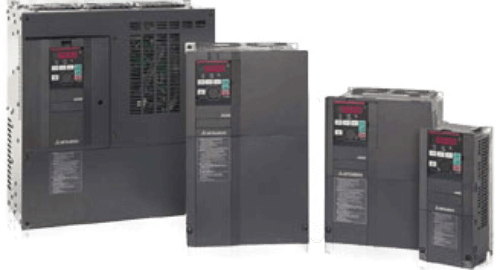 If you are a technical guy who knows everything about HVAC system then you must have heard about Variable Speed Drive (VSD). For the people who don’t know about VSD, it is a device that can vary the speed motor. VSDs are also known as adjustable speed drives (ASDs). Before electric motors were invented, mechanical speed changers were used to control the mechanical power provided by water wheels. But when the electric motors came into use, controlling their speed was very important.

Today, there are many different types of variable speed drives available in the market.

A pulley and belt drive is known as a variable pitch. In this, the pitch diameter of one or both pulleys can be adjusted. Traction drive transmits power through metal rollers that are running against mating metal rollers.

While in the hydrodynamic drive, oil is being used to transmit torque between an impeller on the constant-speed input shaft and a rotor on the adjustable speed output shaft. Torque converter used in an automatic transmission is basically a hydrodynamic drive. Drive that consists of one or more discs or connected to the input shaft pressed against a similar disc or discs connected to the output shaft is known as a hydro viscous drive. In this type of drive, torque is transmitted from the input shaft to the output shaft through an oil film between the discs.

There are three categories of electric drives: DC motor drives, eddy current drives, and AC motor drives. Electric drives include an electric motor and a speed control unit or system. A drive means a controller without the motor. Long ago in the electric drive technology, electromechanical control systems were used. While today, there are electric controllers designed using various types of vacuum tubes.

The controller provides closed-loop speed regulation by the varying clutch current thus allowing the clutch to produce enough torque to operate at the desired speed.

Eddy current drives are a type of slip controlled device that is less efficient than other types of drives. The motor develops the torque required by the load and operates at full speed in this type of drives. While the output shaft transmits the same toque to the load but turns at a slower speed. As the power is proportional to torque multiplied by speed, the input power is proportional to motor speed times operating torque while the output power is output speed times operating torque.

So, these are some of the types of variable speed drives available in the market. However, if you are looking for VSDs or industrial steam products or looking for electrical supplies in Australia then just give Addy-Addy.com a call!

Forklifts – Whether to Buy or Rent for Your Business

CCTV Monitoring Services – Why You Need It Today

Something You Need to Know About Self-Clinching Fasteners

September 23, 2020
Negosentro.com | Six Signs Your Auckland Office Space is Due for Renovations | Every business needs more resources as it grows - More equipment,...