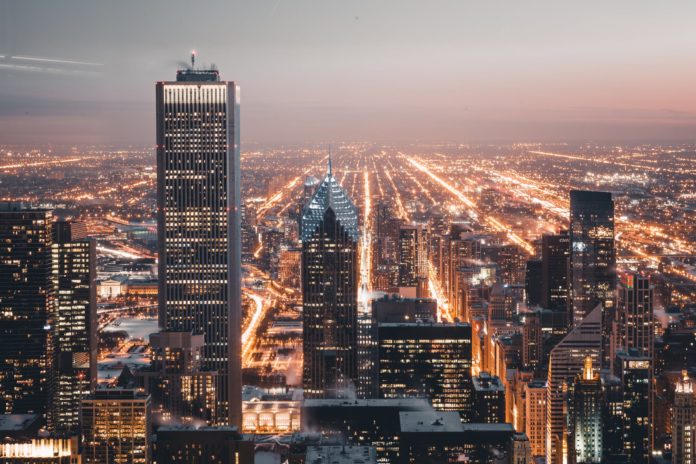 At The Capital conference in December 2019, CMC’s Chief Strategy Officer, Carylyne Chan, introduced CMC’s upcoming new metric of cryptocurrency and exchange rankings — Liquidity, explaining that new metric will bring difficulties for exchanges to manipulate data. The Liquidity metric looks at several factors, including order-book depth changes and distance from mid-price. Calculations are made by polling the market pair at random intervals over 24 hours and averaging the result.

It is imperative that CMC take this step, and in the face of mounting criticism from the industry, it cannot afford to sit on its hands.

CMC was set up in 2013 by a programmer named Brandon Chez in an apartment in a new residential building in Queens, New York. CMC now has a history of more than six years. CMC has become one of the world’s largest cryptocurrency trading price search site, even Wall Street Banks, brokers’ bitcoin data sources are also using it.

But with the development of digital currencies, the number of exchanges that serve as industry leaders has exploded. There is no denying that well-known ranking lists have a guiding influence on users’ choice of exchanges. Therefore, based on CMC trading volume metrics, many exchanges used wash trading volume to produce “good-looking” data in order to get on the list.

If we open CoinMarketCap.com and will select a metric named Adjusted Volume in the exchanges rankings column, the previous exchanges that appear are:

Isn’t that surprising? Many famous exchanges (like Bitfinex, OKEx, Huobi Global, Coinbase, etc), with the exception of Binance, are not on the list. They have been replaced by small, obscure exchanges, one or two of which may have done well in recent years. But that’s too much to question the credibility of the ranking list.

And let’s look at the ranking list under CMC’s second metric — Reported Volume:

The conclusion is roughly the same as above.

“When dealing with conflicting and unverifiable information, there is only one viable option — defer judgment and let the market decide.”

This is the belief CMC has been holding since its inception. CMC has traditionally focused on the data itself, rather than aggregating news feeds and report analysis. Founder Brandon Chez experienced a lot of anger and unease early on, and a lot of projects were directed at him, and they would say,

“Project X is a scam. Please delete it, otherwise you are aiding and abetting these scammers!”

“Please delete our matches on x exchange as we do not want our project to be associated with fake volume!”

“The X exchange stole money from our project! Please issue a warning!”

The solution for CMC was to remain neutral and not judge the merits of individual projects, but to use a wider range of data points to enrich the user’s decision-making process.

This is why CMC still maintains the above two metrics. Because they think information that some people think is “fake data” can itself produce “interesting” analysis.

At the same time, CMC adds another dimension and broader measure of data – Liquidity. The Liquidity metric looks at several factors, including order-book depth changes and distance from mid-price. Calculations are made by polling the market pair at random intervals over 24 hours and averaging the result.

Now let’s take a look at the list under the Liquidity metric:

It is undeniable that the ranking list under Liquidity looks more credible.

Familiar exchanges such as HitBTC, Bitfinex, Binance, Huobi Global, ZB.com, Kraken, OKEx, Coinbase Pro, Currency.com and ZBG are among the top 10 of the list, which is consistent with most people’s perceptions and enhances the persuasive power of the list under the Liquidity metric.

CMC said that Liquidity would replace “Volume” and serve as the default standard for ranking cryptocurrency pairs and exchanges on its website.

“With our Liquidity metric, we hope to provide public good to the crypto markets by encouraging the provision of liquidity instead of the inflation of volumes,” said Chan.  CoinMarketCap first revealed the Liquidity metric in August, 2019.

There are no perfect metrics in the world, and under more complex metrics, there is no guarantee that fake data will not be generated anymore. Only by providing more dimensions and more measurement metrics can we enrich and bring value to users’ decision-making process.

How to Start Investing with Little Money