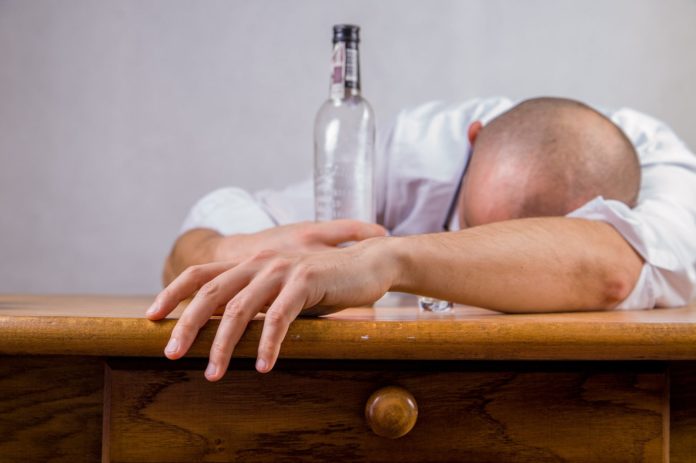 Can alcohol addiction be passed onto others? | We all know that alcohol addiction is a huge obstacle in society. It’s a condition that affects people of every age, gender and background. One thing you may not have considered, though, is how alcohol addiction can be passed on to other people through peer pressure, societal influences and even household drinking culture. Young people are particularly at risk of developing the same addictive behaviour as their friends or family members if they spend time drinking alcohol excessively. But you can always ask for help from alcohol treatment centers Tampa FL, if you feel that a loved one is beyond control.

This article will look at how easily unhealthy drinking practices can be passed on and how these habits can lead to addiction that requires alcohol rehab treatment to overcome.

Alcohol is an often-celebrated part of British culture and society. In the UK, pubs and bars are common meeting places for friends on a Friday night or Saturday afternoon, and many people drink to excess regularly every weekend. Alcohol is seen by a large percentage of the population as a catalyst for having a good time; this perception often begins long before people reach the legal drinking age.

Before they can legally get into the pub, many underage children spend their weekends drinking in the park or at a friend’s house. This alcohol may be provided by a particularly liberal parent or an older friend or sibling. In this way, regular drinking habits are passed down generationally, and any habit that begins at a young age is more likely to result in an addiction.

There are families for whom drinking regularly is part of the household culture, and even young family members’ drinking is tolerated or even encouraged. Some parents see alcohol as a reasonably harmless substance and their children’s first drinks as a sign of maturity or a rite of passage. As a result, many children have a glass of wine with their parents at dinner or a beer while watching sports at home. While this does not always lead to addiction, if there are parents or other family members who have an alcohol dependency, these occasions are likely to become more frequent, resulting in far greater exposure to alcohol for impressionable kids and teens.

Everyone’s parents have at some time said, “And if your friend jumped off a cliff, would you do it too?” While that may seem dramatic, the desire to fit in or even just share an experience with friends can be hard to resist. Jason Shiers Certified Psychotherapist who provides life coaching for people in recovery says “It might seem harmless at first, but peer pressure can become very intense, particularly for young people.” This makes them vulnerable to developing unhealthy patterns of behaviour, which can later spiral into addiction.

Alcohol addiction in children and teens can often lead to depression and self-harm and put younger people at risk from accidents or sexual assault. Binge drinking is a widespread pattern of behaviour among young people in the UK. Since it’s so widespread, many young people won’t think about the potential damage it can cause because there is no apparent alternative. Unfortunately, this means teens may develop an addiction before they’ve finished school, which only worsens as they get older and money and alcohol become more readily available.

Advertising can also have a major effect on the amount of alcohol people drink. Alcohol companies spend up to £6 billion each year on marketing, and these ads appear everywhere, from billboards to social media platforms like Instagram and Facebook. Young people could be unwittingly exposed to alcohol advertisements at any point during the day when they’re either walking or scrolling online.

Some of the most memorable adverts and slogans are for alcohol. Everyone of a certain age can remember the famous Guinness surfing advert, and the slogan, “Carlsberg don’t do…” is now widely used. The express purpose of advertising is to tempt people to drink more alcohol. While this does not always lead to an addiction, being constantly inundated with pro-alcohol messaging has an effect on people’s attitude towards alcohol. As a result of increased alcohol consumption, the chances of addiction development also increase exponentially.

Alcohol addiction places a huge strain on a person’s life and society as a whole. We must look at some of the factors that lead to addiction and address any avenues by which excessive drinking habits can be passed onto others because it is often from these that addiction grows. From societal changes to families studying the drinking culture with their own homes, we can take some easy steps to address this ever-growing problem.

When Surgery May be Essential For Your Back Pain

Vascular Specialists: Who Are They and What Do They Treat?

What is the use of free iTop VPN for windows?