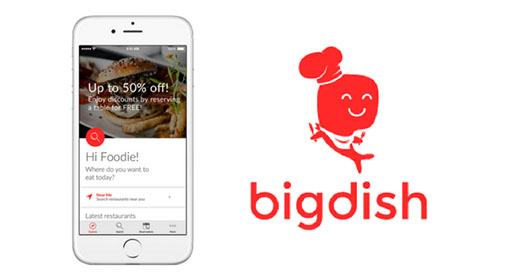 Social media and technology itself undeniably brings about a lot of advancement in our everyday lives. Forgetting about its setbacks, it basically makes life easier. From easy communication, free promotion platform, buying clothes, and even ordering food, its got improvements that we all enjoy today.

In the Philippines, most of the people take advantage of this, especially by working adults and tech-savvy millennials. When you’re too busy to go look out for something to eat, isn’t it Google which we run up to? Now, thanks to this bright idea, not only would we get the convenience of a restaurant reservation in one click, we also get discounts as we dine out.

BigDish, an app by Joost Boer, CEO, proves that even a startup up could reach thousands of foodies’ tummies in a matter of 6 months.

When it comes to dining out at restaurants, having a BigDish app could be the most convenient way of doing so. BigDish is the fastest growing restaurant reservations platform not only in the Philippines, but in Asia. Launched only  last October 2016, it has expanded into Indonesia and Hong Kong, too. 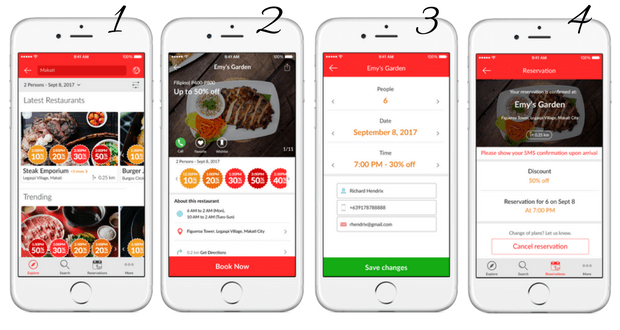 As you open the app, you get to choose a filter (alphabetical, location) for your restaurants list. As you choose a restaurant, you could also choose your timeslot with a designated discount. You could choose from the all-day-long discounts varying from 10%-60% off. After, tap to confirm and your table’s reserved already. You don’t even need to print vouchers, provide your credit card details, or even deposit or transfer money because that’s just how the app works.

What’s behind the BigDish app?

More than making people’s dining out more convenient, the main purpose of BigDish and CEO Joost Boer is to apply the yield management principles to restaurants in countries where it could be used. Yield management is when you charge customers with different prices for the same product at different times. It’s making adjustments to respond to certain market factors such as demand and competition. Whereas, in restaurants, or even in airlines and hotels, this could be applied when they offer seat sales or low-priced reservations so that a day or a time of the day wouldn’t just pass by without any customer.

This app would help bring people to restaurants who need them. In return, would also help customers find a place where they could eat at with discounts. 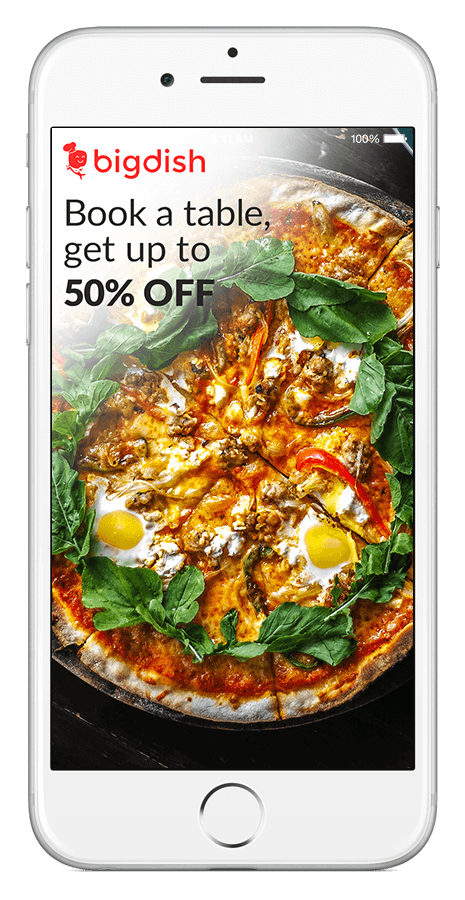 Who’s behind the BigDish app?

For someone who’s managed to get his startup expand in 3 countries for less than 6 months, we’d all think that he was probably born to become a business tycoon. The thing is, Joost really didn’t have a course in mind when he entered college, just like other 18-year olds. So, he chose an international business course to be able to gear himself up for a world bigger than what he’s used to. After finishing his Bachelor’s Degree in International Business and Management and Strategic Management in Erasmus University of Rotterdam, he decided to move to Australia. After which he moved to Indonesia, then Vietnam, and finally in the Philippines, where he’s been living in for the past 4 years.

Creating a startup would have been that difficult to do especially when you’re a foreign country. But with Joost’s enthusiasm to do one, he handled it well with the help of the right people. It may be a crucial step as you choose and hire people who’s going to have to believe your vision, but there goes BigDish, an app now hitting the Asian market by storm.

Usually, not all startups grow into something very successful. In their case, BigDish is one thing that we really didn’t think about but we need it anyway. From Joost’s words, it is one of the do’s in creating startups, that a product should be something that the people would really want to use. When it comes to hiring the right people, it comes with them being resilient and hardworking, one who doesn’t easily give up, and one who knows how to let go of his fears.

To quote Joost on his secret to success, he says,

“Identify one thing that you love. At the end of the day, you can only get your work best done when you’re happy and satisfied with what you’re doing. Everything else follows that.”

The Benefits Of Regular Medical Check-ups In This Life