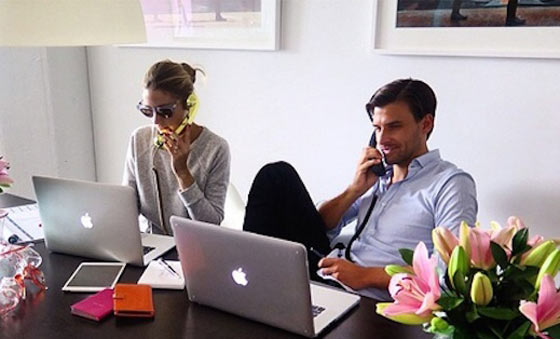 The slides outlined below helped in creating billion dollar companies over the course of the past 10 years. What you can appreciate on each one of these slides is how well the story is crafted and how the message comes across clearly. Without a doubt they have mastered what I discussed on the article 14 Slides You Need To Raise Capital.

As I describe on my book The Art of Startup Fundraising you want to capture the attention of the investor very quickly. These investors, especially VCs, are individuals that meet on average with 1,000 entrepreneurs every year out of all the slides they review. You need to understand they receive introductions even from a cousin they have not seen in years.

With this in mind, on average an investor will spend around 2 minutes per pitch deck. For that reason you need to be very clear and concise with what I call the 3 w‘s which relate to WHAT, WHEN, and WHY with regards to your business. If you haven‘t done so already you can download my free pitch template here.

Facebook is today a company valued at $300B+. However, the presentation below was being distributed early on in the journey before Accel Partners would lead their $12M Series A on May 2005. At the time of this presentation, the company had closed an angel round that was lead by Paypal cofounder, Peter Thiel.

Something to note is this presentation was being distributed by Eduardo Severin. It was more geared towards securing partners for their advertisement strategy and not so much for their fundraising efforts. However, with a few additional slides it could also be used for fundraising purposes.

Even tho there are reports out there on the media stating that Airbnb may adjust its valuation before it goes public, the company raised its last round of financing at a valuation of $20B+. Today the company has raised over $2B.

The presentation below includes slides the company was using after their graduation from the accelerator program Y Combinator. It was around the time where Sequoia made its $500K investment which would follow by a Series A round of financing of $7.2M. back in November 2010.

As you will be able to notice from the presentation, the company has rebranded since then. At the time of this presentation the name they were using was AirBed&Breakfast.

The founder of LinkedIn, Reid Hoffman, does a phenomenal job at explaining the pitch deck below on its site (see source links below). At the time of this presentation the company had raised already a Series A round of $4.7M that was lead by Sequoia which closed on November 2003.

With the presentation below, LinkedIn managed to close a total of $10M on October 2004. Today the company has a market cap of $25B and is the leading professional network with over 400 million users.

The company was cofounded by Jack Dorsey back in 2009. At the time of this presentation Square had raised $10M and it would close later on a Series B round of financing lead by Sequoia Capital of $27M in January 2011.

Without a doubt, Square is one of the biggest success stories in financial technology with a recent IPO in 2015. Currently it has a market cap of almost $3B.

WeWork was founded in 2010 by Jesse Middleton, Adam Neumann, and Miguel McKelvey. It has raised almost $1B from investors. In February 2014, WeWork’valuation was estimated to be as much as  $1.5 billion. In December 2014, the valuation of WeWork grew up to $5 billion. Half a year later, existing investors invested at a valuation of $10 billion.

At the time of this presentation, the company was looking to raise a sizable round. It managed to close with the slides below in December 2014 a total of $355M with the participating of Goldman Sachs, T. Rowe Price, and Wellington Management.