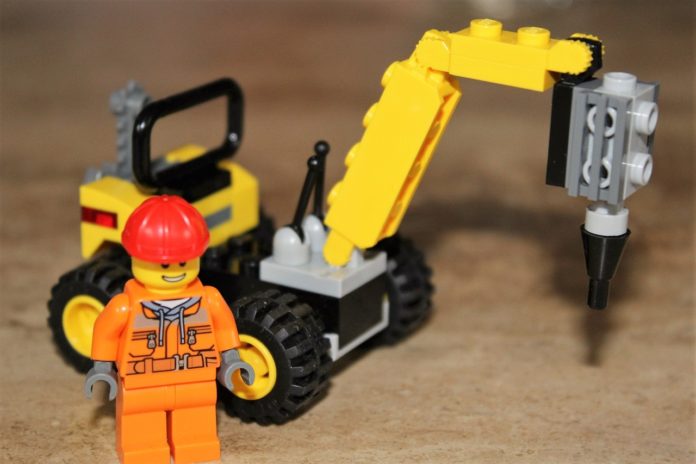 Exploring the world of LEGO can foster creativity in a person. Advanced techniques in LEGO building are the methods not used commonly by the people or techniques which are not highlighted in the manual. Before moving on to the advanced techniques, one must be well-versed with the different LEGO terminologies like studs, tubes and bars on the blocks.

In this article, the geometries would be specified in terms of LDraw Units or LDU. LDU is the smallest LEGO unit. A standard LEGO brick is 24 LDU tall. A plate is ⅓ of a brick and so, the height of a plate is 8 LDU. Stud diameter is 12 LDU.  Basically, 1 LDU is equal to 4 mm.

Next to the SNOT, AZMEP parts are the most important building blocks. AZMEP is a German acronym for ‘half stud offset’. Some people also like to call it ‘Studs Not In a Row’ (SNIR) or simply a jumper. SNIR techniques allow you to place the blocks at an angle of 45° or 27°.

The AZMEP pieces help in the stacking of bricks with offset. These pieces are a tool to switch between the even and odd sizes of building blocks. For example, if you are keen to build a 7-studs wide train, you would encounter problem six studs wide base. However, with a 1×1 jumper plate, you would be able to achieve your objective.

Lettering allows you to put your brand name or short text on the side of the building or automobile you just created. ‘Stud-out Mosaic’ and ‘Stud-up Mosaic’ techniques are very popular techniques to create letterings. There are several techniques on LEGO Ways which you can implement to create innovative letterings.

You can use slope bricks to create a diagonal pattern. These slope bricks come with various angles of slant and great multitudes of colors. According to several LEGO building experts, the gap between the slope bricks varies between 3.6 to 1.2 LDU. However, you can change the gap by using a ‘half stud offset’. The gap created using the ‘offset’ can be filled in by 1xn flat tile pieces. Diagonal striping can be used to build Tudor style decorative walls, locomotives and trucks.

Microstriping is a variation of striping technique that allows you to create stripes with less width than 8 LDU, that is, less than the height of one plate. Thin LEGO parts like brick hinge tops, brackets and fences are less than 8LDU. Hence, they can be used in microstriping. In Top Hinge Microstriping, there is no necessity of SNOT or offset.

LEGO parts may be limiting when it comes to creating smooth curves. Although you can implement latest inventions like Nimuno Loops which is still not mainstream, smooth curves can be obtained by mixing small parts like 1×4 or 1×2 with 1×1 round bricks or plates. This is a very time-consuming process and requires some real dedication from the AFOL (Adult Fan of LEGO) builders.

LEGO building is an art. However, it is also important to go for building kits that offer you a wide range of pieces. For example, if you are using specialized LEGO series from LEGO Technic, you would be able to use unique pieces like gears, axles and even pneumatic parts.