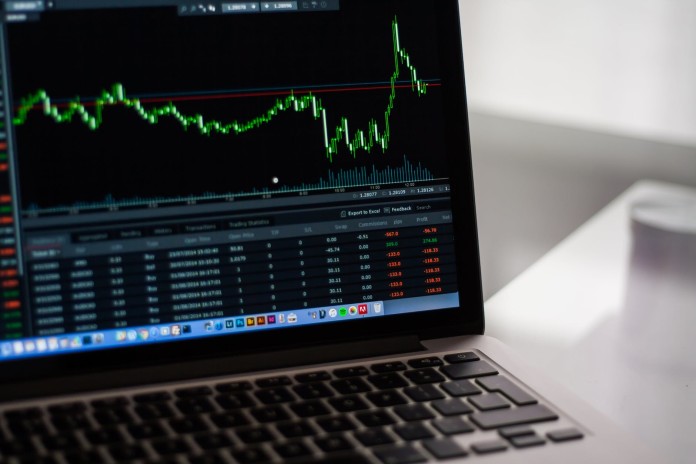 Will the Vietnamese Dong be Revalued Soon? | Forecasting the value of any given currency is a challenging task that often results in unreliable predictions. Such estimates of a future trend are difficult to predict, as we can’t tell the future and the best we can do is make educated guesses.

Also, there are many factors in play that affect exchange rates and a currency’s value, such as a country’s economic performance, the prospect of inflation, capital flows, and plenty of others. Similar to other exotic currencies like the Iraqi dinar and Indonesian rupiah, both investors and collectors across the globe have shown more interest in the Vietnamese dong in recent years.

This rise in interest was encouraged by the country’s recovering economy, and more tourists exploring this beautiful, budget-friendly country. To better understand the changes in the value of the Vietnamese currency, let’s start with the basics before we deal with some Vietnamese dong rv news and get more in-depth about this exotic currency.

History of the Vietnamese Dong

The Vietnamese dong (VND) is the official currency of Vietnam. It was introduced in 1946, by the North Vietnam Government, and replaced the French Indochinese piastre. This was due to the country’s division into north and south after World War II.

This currency entered the South area six years later, in 1953. Prior to this, South Vietnam was also dominated by piastre notes. Multiple variations of the dong existed until the unified dong was introduced in 1978, following communist victory and the unification of Vietnam.

The last series of the notes entered the market in 2003. The country’s officials decided to replace the cotton notes that were used until then with plastic polymer ones to combat counterfeiters.

The Rise from Poverty

Vietnam struggled with a declining economy for a long time. In fact, the cycle of inflation lasted from 1985 until the mid-nineties. It weakened the Vietnamese dong at the time, with inflation running at up to 900%.

The economic downturn affected the entire country so much that 70% of Vietnam’s citizens lived below the poverty line after the Vietnam war. Still, the country has managed to reduce poverty dramatically since then.

With the U.S lifting the trade embargo and laxer governance by the Communist Government, economic prosperity has finally begun.  The country has seen an influx of foreign investments since, its gross domestic product rose, while the core inflation remains low.

Today, Vietnam is a part of the globalized world market, and its export-oriented manufacturing and domestic demand are the main drivers of growth.

The Vietnamese dong is expected to remain strong in 2021. The country’s economic recovery, the strengthening of the Chinese yuan, and the U.S. expansionary monetary policy are predicted to keep the exchange rates of this exotic currency steady.

Those who follow news about Vietnam are familiar with the relocation of manufacturing facilities from China which is expected to encourage economic growth despite the uncertainties that the COVID-19 pandemic has caused. All of these factors have reassured Vietnam officials to target a GDP growth of 6 percent.

They are optimistic because the country’s exports increased rapidly, making a higher trade surplus. Together with the expansion of foreign reserves, it has been strongly supporting the nation’s official currency. Now, let’s dive deeper into what currency revaluation is and what are its main drivers.

What Is Currency Revaluation?

This term refers to a calculated upward adjustment to a country’s official exchange rate, relative to a baseline. A country can regulate the exchange rate of its currency to a baseline of its choice, be it the price of gold, wage rates, or a foreign currency.

To better understand revaluation, the difference between fixed and floating exchange rate systems should be clarified as well. The former keeps the currency’s value within a narrow scope, and therefore provides more certainty to both exporters and importers.

In such regimes, the official value of the currency can be altered only via a decision by the country’s government. They are common in developing economies that are looking to provide a stable system.

On the other hand, in a floating exchange rate system changes in the value of the currency are generated by market forces. This type of regime is standard for most major economies.

A variety of factors can trigger currency revaluation. Let’s review some of its common causes:

Changes in the Interest Rates

These changes are an important factor that impacts the value of any given currency. Increases in interest rates lead to currency appreciation. This happens because higher interest rates attract more foreign capital, causing a rise in the exchange rates.

Political stability is an important factor that can impact currency fluctuations. It influences its strength as it’s associated with a change in the market’s stability. Generally speaking, politically stable countries with minimal risks of any kind of turmoil are more attractive to foreign investors.

With an increase in foreign capital, the value of the domestic currency rises. On the other hand, countries prone to political turmoil are more likely to see depreciation in their currency’s exchange rates.

The Strength of Economic Growth

Relative economic strength can be used to forecast the direction of exchange rates. Similar to political stability, a strong economic environment can attract investments. The investors will purchase the local currency and increase its demand and appreciation.

In addition to these four factors, large-scale events that impact the overall economy, its competitiveness and profitability, can also alter the value of a currency.

Be Wary of the Misleading Claims about Revaluation

Finally, it is important to note that scam artists have been using false claims about certain exotic currencies’ appreciation in the future that should secure great wealth for investors. Predictions regarding the Iraqi dinar are a good example.

But bad predictions weren’t limited to exotic currencies only. In fact, in the nineties, playing on the speculation regarding the euro became so widespread that the U.S. Commodities Future Trading Commission issued multiple warnings.

Today, it’s the Iraqi dinar scams that are overflooding the market. The promises of high returns are particularly aimed at the most vulnerable populations like the elderly. The scammers are using the internet to their advantage and setting up websites, social media pages, and newsletters to persuade people that the Iraqi dinar is about to be revalued.

Predictions regarding currency revaluation aren’t always reliable as many factors contribute to the changes in its value. The Vietnamese dong, just like any other currency, keeps fluctuating based on different elements which can’t be estimated precisely every time.

Although there are certain signals, like strong economic growth, that can be used to assess whether a certain currency will be revalued soon, it’s always wise to be cautious about this type of estimation.

Vietnam has been establishing itself as a stable economy for a while, and a stronger Vietnamese dong would attract even more foreign capital to be invested in the country.

Depending on future circumstances, the Vietnamese official currency could see a rise in its value, but it depends on the further development of the ongoing global health crisis and the pace at which the global economic and business environment will improve.

Five Reasons Why You Need a Pre-settlement Loan

How To Make Profits in Forex as A Beginner Trader

3 Ways To Choose A Concrete Floor Coating And Resurfacing Company

What To Expect When Taking Your Scrap Metal To The Scrap...