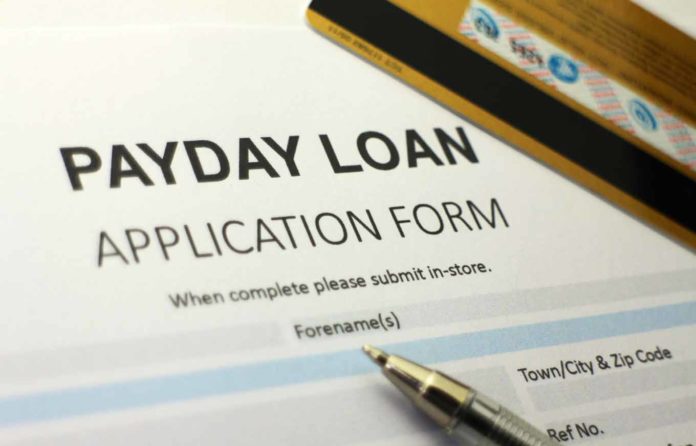 Negosentro | Why you should avoid unsecured loans like the plague (and when to set up an exception) | The relationship between risk and reward means that when taking out debt, lenders will want more payment in return for lending to a high-risk client. This is a natural phenomenon, but there are many instances where it goes beyond justifiable.

Extortionate interest rates are most often associated with unsecured loans. This is because without collateral (putting forward assets to secure the loan) the lender has no guarantee that they can recoup any money in the event that repayments aren’t made.

We might see interest rates anywhere between 0-15% for secured loans, and between 15-40% for unsecured loans. Whilst this is a simplistic generalization, these figures aren’t historically absurd. However, there has been a rise in the past few decades of payday loans.

Payday loans are essentially loans aimed at working-class folk who are struggling to make ends meet and cannot wait until their next payday. So, a quick week-long loan until your next payday to tie you over – though loans can last much longer than a week.

Because of the high-risk profile of such a borrower, interest rates are unsurprisingly high. However, some payday loans have been reported to venture into the 1000s when it comes to % APR. Just because the common borrowing length is a short amount of time, payday loans have disguised this exploitation.

You may be thinking that there are no justifiable reasons for APR to ever be in the thousands or even hundreds. However, the FCA discovered that the average APR charged by payday loan companies is 1,250% in the UK. This is pretty much the limit of the 2014 cap rules placed by the FCA. The typical payday loan rates in the US are better, but still seemingly difficult to justify.

The reason why there is still demand for high-interest unsecured loans is in part due to desperation, but also a lack of education. At the end of the day, there are usually no other options, which is frustrating, because on paper they may be able to put forward security to lower the APR – but this is an area with minimal supply when it comes to willing lenders. When there are no other options, it’s easy for companies to be exploitative.

For a loan amount of $100 at an annual interest rate of an absurd 500%, the total repayable is $141.61 in a month’s time. For someone who absolutely needs the $100 today and cannot wait until their wages come through, perhaps to buy food or a bill, paying $41.61 to access the money now may seem necessary and worthwhile.

Of course, the issue here is that if the borrower cannot meet the repayments and ends up borrowing the money for a year, the larger picture of the exploitation becomes clear – where the total repayable is now halfway to a thousand dollars just from a small $100 loan.

Debt traps from these loans can occur because of this. Even if the $141.61 can be repaid at the end of the month – which is the best possible outcome – the already-struggling worker now has $41.61 less to spend from next month’s wages. This may mean another loan is needed, which may mean having $83 less of month 3’s wages – and so on.

The high interest means the treadmill keeps accelerating, making it increasingly difficult to get back to being square.

This isn’t a justification for absurd APRs, but it’s possible that in a very limited scenario, a 500% APR loan for a week or month may be, in some instances, worthwhile for certain individuals. A libertarian may argue that the customer is free to choose and the transaction will only occur if it’s mutually beneficial for both parties – though this doesn’t account for customers acting irrationally when desperate or lacking in education. It seems naive to assume we always act in our own best interest.

Having debt run away from you – which can easily come from a single payday loan mistake that snowballs – can be literally life crippling. It can very quickly lead to bankruptcy, which kisses your dreams of getting a mortgage for a home goodbye along with other punishments. Also, without debt, welfare payments may be able to cover one’s food and rent. But when adding debt repayments into the equation, welfare payments do not account for this.

Is There Value in Unsecured Loans for Business?

Unsecured loans for individuals are beginning to be paired with payday loans because of this rife industry of absurd APRs. However, we should refrain from tarnishing unsecured business loans with the same brush. For businesses, unsecured loans mean a whole other thing.

Generally, unsecured business financing has more justifiable APRs. For example, OnDeck is a large business loan provider, and the average annual interest rate is 42.5%. Whilst this is higher than a bank’s, bank business loans are pretty much not an option for many SMEs due to their months-long process and extremely high creditworthiness.

Unsecured business loans do not threaten our personal assets for the sake of growing a business, which is well worth the higher APR for many customers. Lenders tend to look at creditworthiness, though this isn’t always paramount, as they also take into account financials and revenue, accounts receivables, and so on.

For example, an average credit score but evidence of invoices may be enough to secure financing – and there’s no convincing necessary. This is a totally automated process in which application approval often comes within a day or two, and funds another day or so later.

This digitized way of generating funds with less administration makes complete sense, because many small businesses want a quick way to patch over cash flow, so a 2-month long bank loan application will not cut it.

However, businesses are often using these unsecured loans for growth projects too, if they deem the APR to justify the ROI. Given the pandemic and current war-laden political landscape, it’s not surprising that alternative lenders have been gaining in demand.

This also highlights another difference between business and individual unsecured loans: purpose. Needing to quickly buy stock in order to fulfill an order is slightly different to a payday loan, because you’re expecting a return on this investment. You’re expecting growth, sales, or some value in one way or another.

The final difference between them is that unsecured business financing comes in many different forms. Lines of credit, invoice factoring, equipment financing, and loans are just some of the many creative ways to gain funding. Some of these methods have some security too, without explicitly risking personal assets. For example, using future credit card sales as security (promising a % of each sale to be used as direct repayment for a loan). This allows asset-poor small businesses that have a promising business to not be punished. This creative form of security reduces the risk of the client, which inevitably keeps APR down.