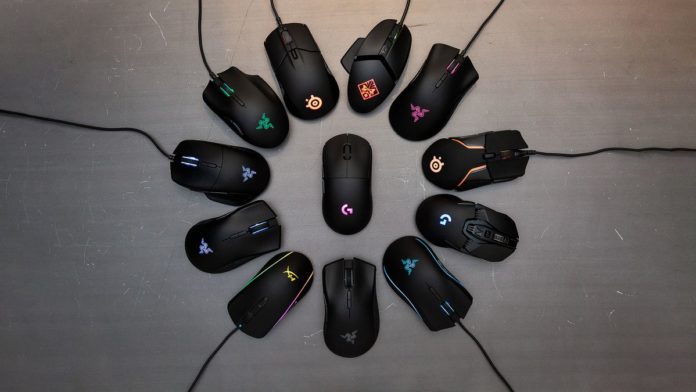 Negosentro.com | Why the Razer Mouse is the Epitome of Elite status | In the gaming market, Razer is synonymous with not just luxury, but also the brand which represents coolness. This is like how Apple is the standard for style and elite status at the same time. Why is this so? In this article, we will introduce how Razer came to be the epitome of elite status.

Not to fire shorts on purpose, but a brand called Razer would definitely stand out more than one called Logitech or Asus. Not just because it sounds similar to a razor, but also because of its cool green aesthetic that evokes envy and ambition, which is what a gamer frequently experiences in trying to get that extra tier of reward or reaching a new record.

On the contrary, Logitech gives a ‘techy’ feel, which feels ambiguous when relating to gaming. Perhaps as systems provider, such a name could stand out more. Equally ambiguous is Asus.

How often do you get a gaming product which is able to deliver not just on performance, but also impress visually? For the Razer gaming mouse, it is the green lighting which many of their mice have. The green branding in most of its mice reinforces that you are using a Razer product.

Even when you are not consciously looking at its green lights, those around you spectating you will notice. This is how Razer’s products stay in people’s minds and come to mind when an elite gaming product is mentioned.

This last point is similar to how Apple had Steve Jobs and grew exponentially in its golden years. At the helm of Razer is Min-Liang Tan, who himself is also a gamer and lives by the ‘By gamers, for gamers’ motto. Also, Tan is frequently on social media, interacting with fans. Fans of Razer are not just fans of its products and how they look, feel, and deliver, but also its founder’s candidness and friendliness on social media.

Amongst Razer’s legion of fans, many have suggested products that Razer should make which are not related to gaming niche, but would simply look good with the iconic triple-headed snake logo. Examples include a toaster, a fan, and even tattoos. The craziness is indeed real for Razer fans.

More than just being a ‘cool’ brand, Razer has also gone out its way to make products that only some gamers might use, even if financially it does not make sense. For instance, the Razer Naga, a left-handed gaming mouse, is one of the few gaming mice in the market to be made for left-handers. In addition, the Razer Viper and Lancehead, which are ambidextrous mice, also bring gaming to left-handers. Despite left-hand gamers not being a big section of the gaming market (or any market), Razer have made products for them.

Also, Tan has also brought it upon himself to sponsor entrepreneurial initiatives in technology to his home country, Singapore. How often do you get an elite brand giving back to the community, and is serious about helping the people around it?

In conclusion, Razer is a brand whose products you will not regret buying. It performs well, looks great, and stands for a great ethos that you can be proud of.

Working remotely versus working in an office

March 3, 2020
Negosentro.com | Top 4 Advantages Of Hiring A Construction Management Specialists | If you have ever considered or began a construction project,...