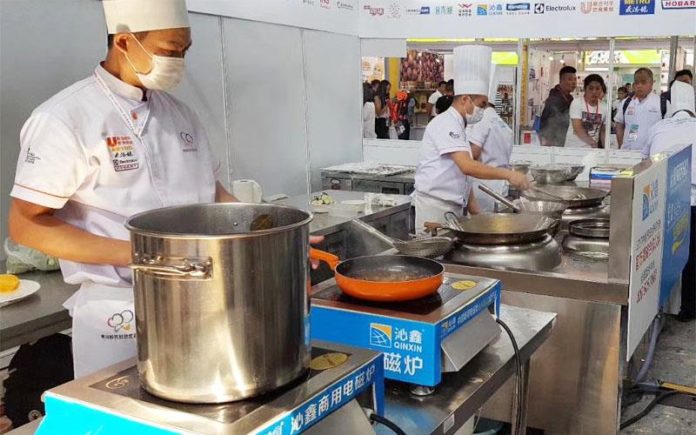 What Piece of Foodservice Equipment is the Least Energy-Efficient? | A deck oven is a type of oven that is usually used for commercial baking. It is also considered one of the least efficient food service equipment. It is a crucial piece of kitchen equipment for restaurants that need quick baking and for pizza operations. A deck oven creates a special environment inside the cooking chamber with a consistent level of heat that you can manipulate as needed.

There are different commercial deck ovens that are perfect for every requirement and every baking situation. Here are some of the most common types of deck ovens:

One specific feature of steam deck ovens is that they can convert water into steam. By going through the tubes, the converted steam is distributed inside the oven. Once baking is done and the oven cools down, the steam is condensed back into the water. Usually, this type of deck oven is used in restaurants and bakeries, where they bake goods with a crust that are rich in flavor.

In this type of deck oven, electricity is used to power up the oven. It is characterized by low maintenance and affordability because it is cheaper than gas ovens. It is also easy to use – you just need to plug an electric deck oven in any electric socket. If it is a multi-decker electric commercial oven, you can set the different temperatures manually. This allows you to bake different products at the same time.

Gas deck ovens are very powerful and come with different features, including various power levels, number of decks, and various widths. Usually, they are larger than electric deck ovens and are often used for baking pizzas. Heat is regulated inside the oven, which makes sure that products are baked properly. Once baking is finished, the gas supply will be cut off and the deck oven will start to cool down.

A double-deck oven is the type of oven with two decks, while a multi-deck oven is the one that has three or more decks. The decks in these ovens can be used and operated as a whole or on each deck. This type of deck oven is perfect for you if you cook and bake a lot, or if you need to make something in big batches.

What Are The Benefits of Deck Ovens?

Here is an overview of some significant advantages of having a deck oven in your kitchen:

Deck ovens do not have rotating trays and there are fewer moving parts. They also have one less motor, which means that there is less focus on the power used. Moreover, they also feature 3-phase electric functionality, which makes them highly efficient in comparison to other ovens.

A deck oven is more durable than other types of oven. Hence, you receive value for your money. Also, due to the deck oven’s high level of efficiency in water and fuel consumption, they are very sustainable.

One of the best features of deck ovens is vapor tube technology that is used for the conversion of water into steam with the help of sealed vapor tubes. This technology provides even and effective radiation of the heat to the baking areas without the use of fans.

Deck ovens allow you to prepare a wide variety of baked goods, which makes them perfect for bakeries and restaurants. Some of the deck ovens can bake up to 80 pies at a time, meaning that they are great for large bakeries.

Deck ovens have significantly improved over the last decade. Many modern deck ovens have such unique and useful features as a superior steam system, legs fitted with castors, improved design, and a Smart Controller. There are also deck ovens that have doors with windows, so you can see what is happening inside your oven and control the baking process. This makes baking easier and makes a deck oven more energy efficient.

In terms of water consumption, deck ovens are highly efficient. They feature the self-contained steam system that helps retain most of the steam as compared to other types of commercial ovens that are based on the remote boiler system. Deck ovens are not like ovens operated by remote systems that are characterized by high consumption of water and fuel.

Efficient Use of Energy

Deck ovens are extremely efficient, and they allow to save up to 75% of fuel consumption in comparison to other types of commercial ovens. This allows deck ovens to retain a great amount of heat, so even after the burner shuts down, a deck oven continues to provide an even temperature. With an energy-efficient deck oven in your restaurant or bar, you can significantly reduce your energy bill, which is important for you, as a business owner.