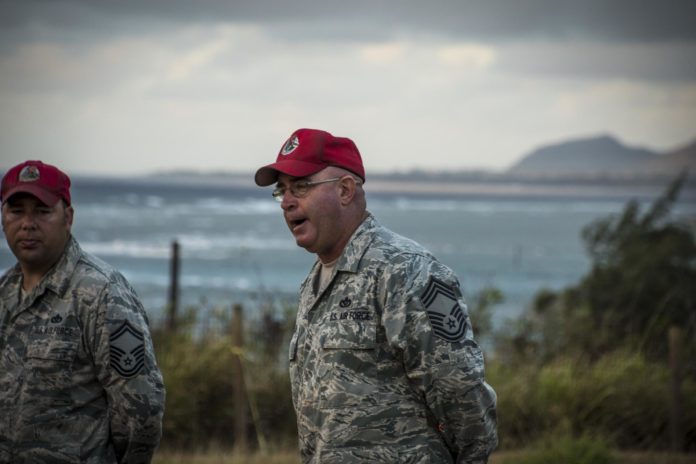 Negosentro.com | What Is The Highest Marine Patch You Can Earn | The Marine Corps and the military have a long history of using symbols, emblems, medals, and other accessories to decorate their uniforms. The most commonly associated marks of the Marine Corps are the Anchor, Eagle, and Globe, all of which have evolved for nearly 100 years. However, some marine symbols, such as World War II shoulder patches, are less known. Military patches are issued to marines based upon their qualification and accomplishments during any form of duties in the United States Marine Corps (USMC).

US Marines have a strong reputation for being an unwavering and relentless advocate of freedom and justice. American medal marine patches can be easily sewn onto jackets and flags to fight for their own country, shed blood, and honor many deceased soldiers’ divisions. General use of shoulder patches by Marine Units approved on March 15, 1943, for 1st, 2d and 3d division; Aircraft wings; and other select units.

So amongst these military patches available, what is the highest patch you can earn? To answer this and understand this, you have to consider the rank structure of the marine corps.

Ranks In The Marine Corps

Marine corps ranks allocate the responsibilities and authorities of any marine. The annual income also increases as they climb up their positions. The marine corps ranking falls in these categories.

The marine corps has sewed military patches in their uniforms, which are according to their rank. The ranks go in this sequence.

The Highest Marine Patch You Can Earn

The highest Marine patch you can earn is the Sergeant Major Patch. A sergeant-major, which is the ninth and highest enlisted rank, serves as the unit commander’s senior enlisted adviser. He handles matters of discipline and morale of the enlisted Marines. The Commandant of the Marine Corps chooses  The Sergeant Major of the Marine Corps to act as his advisor, typically for a four-year term. This individual mainly acts as the voice of the enlisted Marines. He is the Commandant’s eyes and ears, performing essential communications between the two and serving as a bridge.  The SMMC holds the position of a lieutenant general, and the post of Sergeant Major of the Marine Corps was first received in 1957. It is a very prestigious rank to hold and takes many years of service to reach it (many do not).

To receive the highest-ranking military patch on your uniform, you must be a competent leader, and your hard work, devotion, dutifulness, honesty, and loyalty are vital. A person qualifying you for this position should have firm, commanding skills and no pending disciplinary action. Serving your country is pride sought for this position, and doing it while standing at the forefront is even more honorable.

The USMC, also known as United States Marines, is a land force service branch of the United States Armed Forces. It conducts expeditionary operations by its artillery, armor, aerial, and special operation forces. The USMC operates the installations both on land and aboard warfare ships worldwide.

Military patches have been around for as long as the military has been around. They change, or new ones are continuously added to fit the changes taking place in the world (from wars to peacetime). Some are considered accolades, and some are mandatory (like those noting rank). No matter what they are for, they are not arbitrarily put on uniforms without meaning. On one other note, it is illegal to wear military patches not earned on military uniforms.

10 Trending Shoes for Every Type of Girl

The Future of Mobile Application Development in 2021

February 5, 2021
Negosentro.com | What are the Factors to Consider When Hiring a Waterproofing Contractor? | Many homeowners are waterproofing their houses because of the many...

The Beginners’ Guide to Renting and Flipping Real Estate