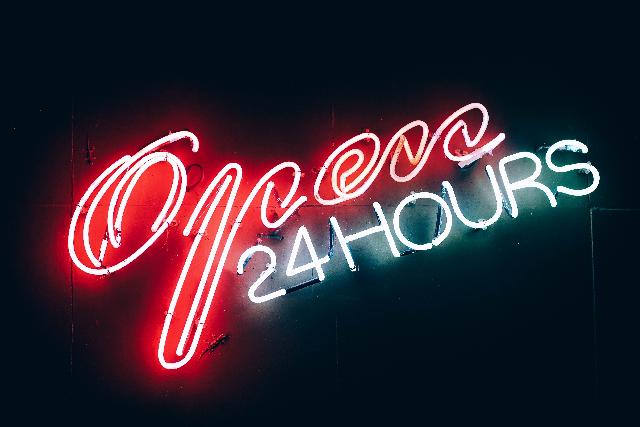 Negosentro.com | Using LED Neon Signs for Pulling in New Customers | If you are running a retail or food and drink business, then it’s important that you are constantly attracting new customers into your place of business. With so many choices for people who are walking down the high street, a business is going to need to find a way to grab the attention of passersby.

There are a number of ways that this can be done, but one of the most effective is through the use of innovative and unique signage. One of the first things that will grab our attention when walking down the street will be the signs outside the stores and eateries.

If you can create an attention-grabbing sign, then you will be the establishment that is drawing in the customers and not your competitors. Make sure to get your neon signs made by professionals like London Sign Maker.

The birth of neon lights

It was back in 1898 that neon gas was first discovered. Two British chemists, William Ramsey and Morris Travers derived the gas from a sample of argon. They froze the sample and collected the released gases that had evaporated, and when they exposed these gases to a high voltage, they saw that the gas started glowing bright red.

The first neon lights were developed just a couple of years later in 1902, when George Claude, a French inventor and engineer, started experimenting with various gases including neon, helium and krypton. When he passed an electrical current through them, he noted that they began to change colours. 10 years later, Claude made the first neon lights that were used for advertising, when a barbers shop in Paris commissioned him to develop a sign for his business.

The birth of LED

Over the years, neon lighting was used all over the world for advertising and signage. If you search online for images from Las Vegas or New York during the 1950s and 1960s, you’ll see a vast range of neon lighting being used. Gradually though, it’s popularity began to wane, and with advancements in technology, LED became the most popular type of light, both for the home, as well as marketing and signage.

LED signs and lights work by having a string of Light Emitting Diodes, (LEDs), that are positioned in such a way with a little space between each other, creating a consistent glowing light source. Neon lights produced a more flickered style of lighting, whereas LED was smoother. LEDs were also lighter in weight than traditional neon signs, as well as being quite a bit thinner in terms of width, with them having the potential to be just an inch in thickness, compared with at least 4-5 inches for a neon sign.

Another advantage that LED had over conventional neon signs was that they were much friendly for the environment, as well as being a lot cheaper.

Neon signage has been used for marketing and advertising of local businesses for over 100 years. It is an extremely effective type of signage and one that has great pulling power. Neon Sign designs are also becoming increasingly more popular in the home, being used to give bedrooms, kitchens, and even gardens a modern edge.

If you were walking down a high street, and every store had similar white lit signs out front, while one had a stunning colourful neon sign, it’s obvious which one is going to grab your attention. There are a number of benefits to using LED neon signage for businesses, such as those available at Neon Mama, compared with other types of lighting.

One of the great things with LED neon lights is that they have a very long lifespan. It’s said that the average lifespan of an LED sign is about 50,000 hours. Once you factor in how many hours a day you’ll need to have the sign lit up, you’ll discover that an LED neon sign can last you for a number of decades.

LED neon signs are much more durable than regular glass light signs. They can take the brunt of bad and extreme weather, and most of them will be resistant to water. As most neon signage is going to be installed on the outside of a business, you’ll want it to be tough, and LED neon signs are as tough as you can get.

They capture your attention

The thing that distinguishes neon lights over other types of lighting is their ability to grab your attention. They are extremely bright, and this is something that puts them head and shoulders above other types of lighting. The striking brilliant light means that they are not only visible from a good distance away, but they are also very easy to read. That’s something that is often overlooked when it comes to signage. What may look great during daytime hours isn’t going to be so effective when the sun goes down. LED neon signs have an advantage in that they are extremely visible during the day as well as the night.

A huge array of colours

Most traditional store signage consists of white lights. When it comes to LED neon lights, you have a huge spectrum of colours to work with. A great thing with neon lighting is that you can create the same shades and colours as your business style and branding. Take Coca Cola for example. Everyone knows that their colours are white on red, but with so many different shades of red, if a sign were using the wrong one, it would look very strange. With LED neon lights, you can create the exact same red shade that Coke is famous for.

Another advantage that LED neon signs have over others is that they do not require constant maintenance. The lifespan of the lights means that they will remain bright and dazzling for a long time. They don’t consist of glass tubes with gases (which is what the original type of neon lights were made from), and they are very easy to clean. You can adapt the LED neon signs to your particular weather conditions, so if you are in a wet or humid location, you can get them modified and waterproofed, so that they will remain strong and durable whatever elements they face.

Unlike traditional lights in signs, LED neon lights do not create any additional heat, so you don’t need to worry about the potential for any accidents or your sign catching fire. This is also beneficial for the business in that they won’t be using as much electricity as they would with a regular lighten sign.