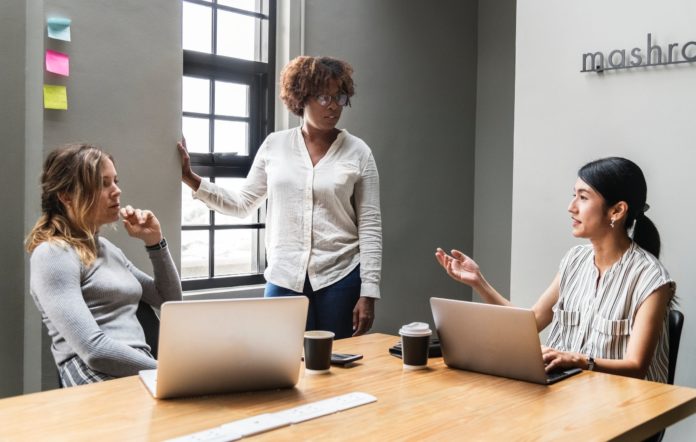 Negosentro.com | The technology sector is fast living up to the expectation that it is the future of the world. As a result, several technology companies and organizations are doing their best to up their game and stay at the top of the ladder.

This has brought about many mergers and acquisitions (M&A) deals in recent times as the bigger companies are taking over the small companies to foster synergy towards more productivity. It is now the case of each big company acquiring startup technology companies as a result of the unique technology that they have to offer.

The year, 2018 was a busy year but it appears the mergers and acquisition deals that we have seen so far in 2019 are overwhelming. Tech companies are spending quite a lot of money on acquisitions. That is why they must use software for corporate development.

No doubt, the startup companies who had been struggling are willing to sell their companies. They are even excited that they got noticed by the giants in the technology sector. The only one available to most startup is to either engage in mergers and acquisitions, or they would be forced out of the sector.

The foremost tech company, Microsoft announced in August that it was going to acquire PromotelQ. Microsoft sets to add to its portfolio digital vendor marketing to help retailers with technology pathways to restructure e-commerce platforms and also to improve monetization.

The top acquisition deals in the technology sector in 2019 features many renowned and popular technology companies in the world.  Google has made it public that it is acquiring a startup tech company, Fitbit in a deal worth $2.1 billion.

Fitbit is a technology company that is based in San Francisco and is well known for designing and manufacturing digital fitness trackers. The company’s technology attracted Google as Fitbit had also ventured into designing smartwatches which had put the startup company at pace with Samsung and Apple.

The CEO and co-founder of Fitbit, James Park has described the acquisition of Fitbit by Google as a step forward in advancing the mission and vision for which Fitbit was created. This is said to create a turnaround in wearables as Google is set to leverage the already existing platform of Fitbit.

Yet in line with the mergers and acquisition deals that are reshaping the technology sector, Facebook recently acquired a startup company, CTRL-labs for a fee ranging between $500 million – $1 billion. Facebook CEO has always shown interest in the brain-computer interface technology produced and manufactured by CTRL-labs.

The technology is said to create new possibilities, innovations, and inventions in this century. This technology acquired hence puts Facebook a step further when it comes to creativity and innovations.

The popular technology giant company, Salesforce in its bid to improve its production has acquired a startup company, ClickSoftware in a deal valued at $1.35 billion.

This is Salesforce’s second acquisition already this year as this recent M&A deal was done in August. ClickSoftware is a company that was founded since 1997 and it specializes in developing a wide range of Field service Softwares.

This software is specially designed to help organizations to manage all mobile workforces. With this recent acquisition of ClickSoftware, Salesforce aims to improve the growth of the Service cloud as well as to get more creative with developing more Field Service related software.

Mastercard is not left out as it acquires Nets

Financial technology giant, Mastercard has also decided to acquire Nets which is a Danish payment platform. The acquisition was done in August 2019. The company stated that the acquisition was done in a bid to attain much more perfect real-time payments for all customers. The acquired technology also adds more efficient features such as firm clearing, e-billing software as well as instant payment services.

Do you still wonder why the top companies are spending big on acquiring startups? The reason is that these startup companies produce or offer services that have got the attention of these big tech companies. For instance, Facebook would rather acquire a startup company that offers what it needs rather than spend quite more on developing the same technology.

We keep having an influx of Mergers and Acquisition as the giant companies in the technology sector get fascinated by tremendous creations by some startup companies. Most big companies would rather buy a company that does what want rather than creating such from scratch. These M&A deals benefit both the buying company and the selling company.

The rise in Mergers and Acquisition (M&A) deals spells that we are up for a big surprise in the technology sector. The big guns like Apple, Microsoft, Google, and others are indeed battling it out to the end that their customers get much better services. Assuredly, huge amounts of money will yet be spent on acquiring smaller tech companies.

Author’s Bio: Lori Wade is a writer who is interested in a wide range of spheres from business to entrepreneurship and new technologies. If you are interested in M&A or virtual data room industry, you can find her on Twitter & LinkedIn or find her on other social media. Read and take over Lori’s useful insights!