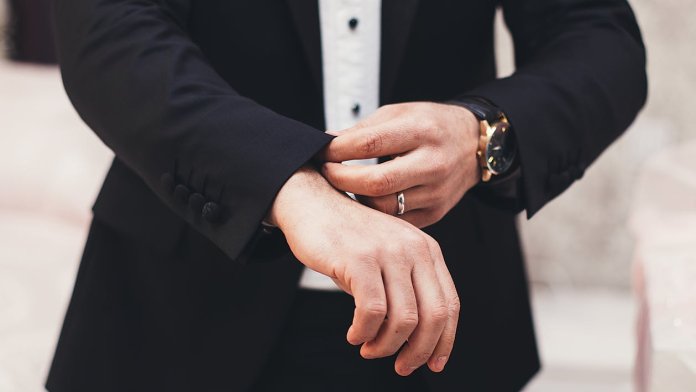 This week, my friend from Cambridge invited me down to a fancy dress party, aiming to help raise money for some worthy charity. Now, he called me last Saturday and told me the party is coming up this Saturday, giving me just one week to create my outfit. Usually with my outfits, I really like to go all out. So like anything I put my time into, I make sure a lot of research goes into it.

What’s the point of doing something if you’re not going to do it to the best of your ability and attempt to be the best at it? However, there’s only so much we can fit into a without you getting bored at the sound of my voice, so here’s our tips in written form, I’ll also post a video about how I’m doing with the final outfit.

There have been times when I’ve gone to an event and to my horror, realised it wasn’t a fancy dress. One time, I was so sure that it was a James Bond night but apparently it was just simply ‘dress to kill’. There I was wearing my Tom Ford sunglasses indoors, style sin #1, for no reason at all! So before you head out in a thong and bow tie, please make sure it is actually a fancy dress event.

By researching what the event is about, where it would be and what type of people are going to attend, you’ll get a rough idea of what the average person is going to wear. Once you have found that out, you’ll have all the info and tools to go and top everyone.

However, there’s a word of warning if you want to go all out; it’s just like anything you wear, it will work ten times better if you wear it with confidence.

This is something that too many people who have the balls to do something different end up failing on. It’s one thing to think outside the box but it’s another thing to pick an outfit that leaves people scratching their heads.

Don’t come as Bucky ‘Oh Hare’s third commander-in-chief. You’ll just be pissed off, all will spend the rest of the night having to explain who you are while Sponge Bob snaps up all the conversation with the attractive females.

This is also where a lot of people fail. They tend to go with something safe that people will recognise and then hope to blend in. It’ a bloody fancy dress party! You’re allowed to experiment, so do just that. I’m sick of everyone coming to a fancy dress guised as the ‘Men in Black’ or a football player. If it has a theme, then there’s even more of an incentive to think outside the box.

With back to school events, how about the Headmaster, Science teacher, or even better, a blackboard and have chalk so people can write messages on you? That’s a sure-fire way of interacting with people, especially the ladies.

Yep, I said add. Just as in real life, accessories are the last thing on, but the first thing noticed. And it’s no different with a fancy dress outfit. By adding or even making your own accessories, you’ll win hands down. One time I went to a PJ PARTY and wore a hot water bottle like it was a shoulder bag. And instead of drinking from glasses, we brought our own MUGS. Now that’s just us but you catch my drift.

Most of us turn up to these parties with friends, so one idea is to go as a collective. That way, if you feel a little out of place, at least you’ll all feel like idiots together. It definitely makes you stand out and it’s great fun thinking of how you can all fuse your outfits together.

The obvious ideas would be gangs or cartoon characters, e.g. the Turtles or Ghostbusters. Others could be the cast of Heroes? I was even thinking of going as three Playstation controllers and a Playstation with my friends. Don’t put it past us!

Sounds complicated, right? Not really. By this, I mean you should try things that allow people to interact with you. Fancy Dress parties are the best places to speak to people; it’s the perfect excuse to speak to anyone, as your expected to comment on people’s outfits. It’s the perfect ice breaker.

By getting interactive, your inviting conversation. For example, if you went as the Ghostbusters, why not bring the song on an iPod with mini speakers and play it as you walk in. Once I saw a friend of mine attend as Andre 3000 from Outcast from the Hey Ya! Video. He even brought that Polaroid picture to wave about!

Sometimes you can’t really find a compromise and if you’re willing to go all out, then you’ll have to sacrifice something. Most of the times you’ll still want to enjoy yourself so make sure you’re comfortable in your outfit because you’ll want to move about.

One thing that kills people is that they choose a character that they naturally can’t pull off, because of the colour of their skin. For example, I wouldn’t be able to go as Superman, as I’ll just look wrong. I’m not Caucasian. If you’re not the right skin complexion, try and wear a mask for that character. I went as Mr Bean once; his outfit was easy to put together and his mask was surprisingly recognisable so I pulled it off well. If you can’t do this, then go as a character in which your face is not included, e.g. I went as Sponge Bob and my head was out the top, but the body was still Sponge Bob so people knew exactly who I was.

The only regret I have with some parties is that I didn’t take enough photos. After putting so much effort into the pictures, the least you can do is document all your efforts, and enjoy them in the future. Snap away as much as you can you won’t regret it!

What is the Difference between High Efficiency and Regular Detergent?

How to Choose the Best Adjustable Dress Form for Business