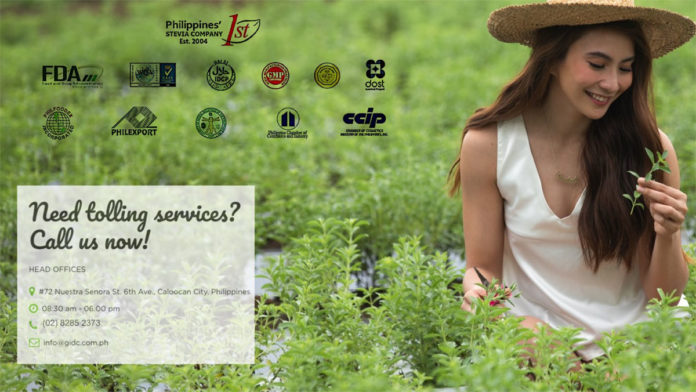 Negosentro | The Pioneer of Stevia in the Philippines | Stevia is a 100% organic and natural sugar substitute that has no cholesterol, no calories, no carbohydrates, and zero glycemic index, making it an ideal sweetener for those looking to substitute the sugar in their diet. It has found its way into many products including beverages and baked goods.

Stevia products have been around for many years, but many do not even know about the existence of stevia. For those that do know about stevia, there is some hesitation and skepticism since they do not know a lot about it such as where it originated from. In this article, we will be taking a look at where stevia came from and who is responsible for its introduction in the Philippines.

Where is Stevia from?

Stevia in the form we consume is extracted from the leaves of a plant species called Stevia rebaudiana Bertoni. It is a branch bushy shrub that is part of the Asteraceae family and is closely related to asters and chrysanthemums. It is native to the Amambay region in northeastern Paraguay, but can also be found in other parts of South America such as Brazil.

Discovered and classified by Italian-Swiss botanist Moises Santiago Bertoni in 1899, stevia was first used by the Guarani Indian population from Paraguay and Brazil as a sweetener for medicinal teas they used for treating heartburn and other ailments. Its medicinal properties were also used to treat burns and stomach pains, and it was even used as a contraceptive in some cases.

How did Stevia end up in the Philippines?

The history of stevia in the Philippines is closely tied to the story of  Mrs. Maura De Leon: the Queen of Philippine Stevia. Originally, Mrs. De Leon was in the garments business for 17 years, but competition and other challenges made her pivot into other industries.

For years, she tried looking for a business that would be both significant and beneficial to the Filipino people. While she was in the coffee business, one of her staff members suggested they should either revolutionize the coffee business or shift to another venture since the coffee shops locally sell the same products that only differ in presentation and marketing strategies.

Fatefully, a doctor friend of hers told her about this miracle plant from Paraguay during one of her consultations. Of course, the plant her friend was talking about was stevia.

After hearing about it, Mrs. De Leon asked her team to conduct research, sending an agriculturist to Baguio, La Union, Bicol, and Davao. To her surprise, they discovered that no one was growing Stevia. 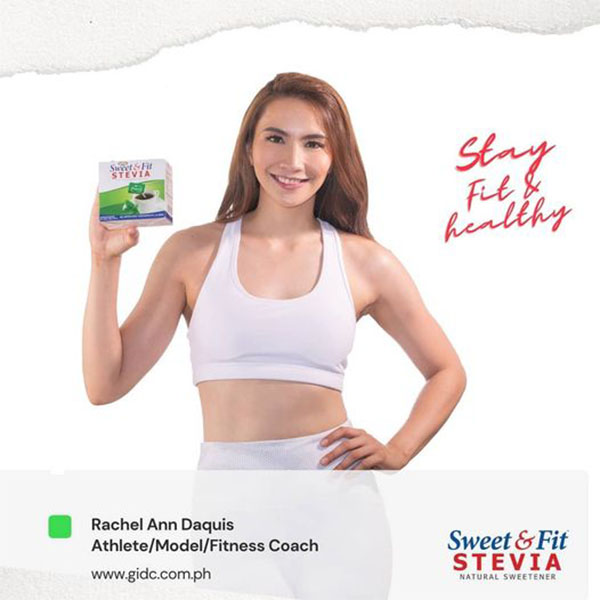 After looking into how to get the plant to grow locally, Mrs. De Leon purchased a small piece of land and acquired stevia seeds from Paraguay. She faced a lot of hardships and challenges, spending the first few years just figuring out how to grow it right. Five years into the commitment, she was able to produce the first product made with stevia.

In 2008, Glorious Blend Coffee and Choco products were introduced in the local markets with special blends mixed with healthy ingredients such as moringa, mangosteen, calcium, gotu kola, and stevia. A year later, Sweet & Fit Stevia was certified by the FDA while her company, Glorious Industrial & Development Corporation (GIDC), was recognized as the Philippines’ first stevia company.

Where can I buy Sweet and Fit Stevia in the Philippines?

Sweet and Fit Stevia is manufactured by Glorious Industrial and Development Corporation. Sweet and Fit Stevia products can be purchased at your local Mercury Drug Store, Generika, South Star Drug, and other leading drugstores. It can also be bought at Robinsons Supermarket, Waltermart, Ever Gotesco, Landmark, and other supermarkets nationwide.

For those looking to shop online, Sweet and Fit Stevia is also available on the official GIDC website and on popular online marketplaces.

Visit the website of Glorious Industrial and Development Corporation at https://gidc.com.ph/ or shop more of their products.