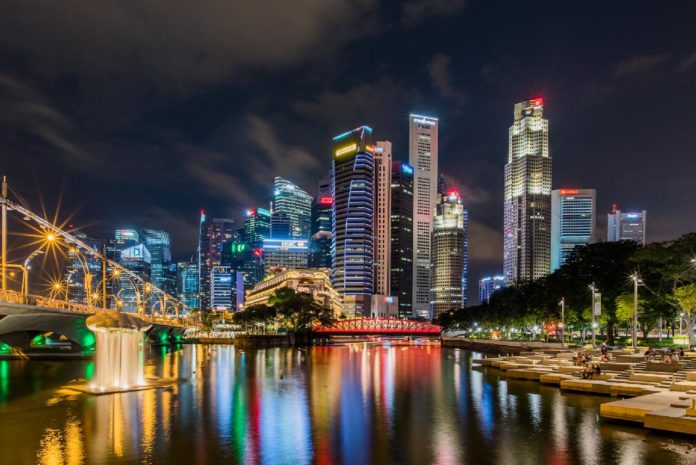 Strategies for City Transportation Planning for the People | Singapore maximizes resources like smart technology to improve its social services, including public transport. Here are the biggest innovations so far.

Although Singapore implemented the circuit breaker to help stem the COVID-19 pandemic, this health crisis isn’t putting a dent in much of the city-state’s plans to improve its transportation system.

Singapore has at least three transportation planning strategies that mostly revolve around integrating technology to speed up services and keep its residents safe:

1. For SMRT, There Are Robot Cleaners and a Brand-New Testing Facility

About 60% of Singapore’s residents take public transport, and over 40% choose the mass rapid system because of its expansive railway coverage. SMRT, therefore, has a huge responsibility to keep everyone safe, especially during this time of the pandemic.

One of its major projects is introducing robot cleaners. Beginning 1 February, SMRT deployed over 10 robot cleaners in Circle Line Stations to augment the human workforce, hasten cleaning efforts, and provide opportunities for an upskill.

Each of the robots can handle one large floor area, decluttering it up to three times faster than manual cleaning. On the other hand, human cleaners manage the tech while making themselves more productive by handling other complex tasks.

This arrangement also gives them the chance to acquire more skills for better-paying positions in the future.

SMRT also integrates ammonia sensors and smart panels for more effective resource optimization. For instance, the system can determine the peak times for toilet use so that the staff will know the ideal times for cleaning.

Singapore’s railway system is also popular for being easy to understand, prompt, safe, and efficient. However, trains can also deteriorate, and that can significantly impact public service.

For this reason, the Land Transport Authority (LTA) commissioned to have a S$640-million diagnostic facility built. The first Integrated Train Testing Center (ITTC) features several tracks that can test trains such as the ones from SMRT running up to 100 kilometers per hour and repair them before they are deployed.

Foreigners who want to travel to Singapore for either business or leisure need to keep their plans as flexible as possible. While its skies are now open, not everyone can enter. Currently, short-term tourists come from New Zealand, China, Vietnam, Taiwan, and Australia, where COVID-19 cases are low or manageable.

The country was also one of the first to automate travel health credentials through digital passes. Singapore Airlines, for instance, already sent its first travelers who used the IATA travel pass.

But perhaps the biggest change in aviation—at least for now—is travel bubbles. Singapore is in the preliminary stages of designing safe and fast travel for Australian tourists. In this bubble, Australians can already enter the city-state without undergoing quarantine as long as they meet the health requirements, including passing COVID-19 tests and having been vaccinated.

Another potential bubble partner is New Zealand, which no more than 2,500 cases of COVID-19 since the beginning of the pandemic. Singapore hopes that both countries can “harmonize” documentation for tourists as a way of resetting air travel.

The setup will be similar to what it proposes to Australia: they recognize each other’s health credentials, such as vaccine certificates.

3. For Buses, Automation Is the Key

Singapore is dead serious in becoming one of the world’s smart cities, beginning with the implementation of autonomous driving (AV). According to a KPMG report, the country is already geared to take first place in this sector ahead of the Netherlands, which led the pack for two years.

As early as 2019, the city-state already drafted national standards to keep AV safe, compliant, and efficient. And by 2021, it will already deploy two driverless buses in two routes, Jurong Island Singapore Science Park 2.

Although AV buses are already operating in the country, this will be the first time that it will generate revenues—an excellent real-life simulation.

Since this is only part of the trial phase, buses will run only until the end of April. However, those who want to try can use an app to book a ride on off-peak hours if their destination is around Haw Par Villa.

The buses, meanwhile, have different seating capacities. One can accommodate 10 people, while the other can sit about 25. However, both will still run with a driver behind the wheel if it needs to switch from automatic to manual.

Based on the results, the team can then determine their future steps. Nevertheless, the project has already surprisingly received massive support from Singapore’s transport unions. They believe it will uplift the transport industry as a whole and provide better working opportunities for drivers.

Experts often hail Singapore as one of the best nations to live in for a good reason: it maximizes resources like smart technology and engineering to improve its social services, including public transport.