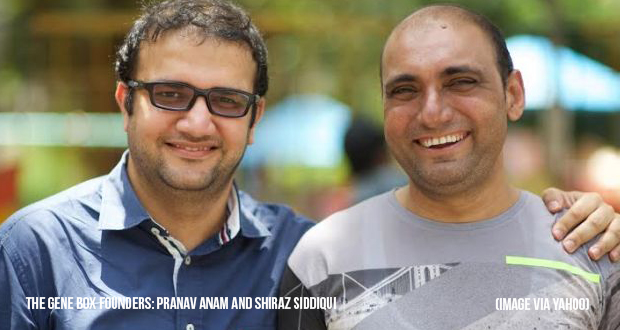 Are you one of those who to reduce weight have dieted in vain? Or one of those who have worked yourself out two hours a day, six days a week with little weight loss? Or you eat all the right things but still feel tired and weak. The answer probably lies in the genes.

The scientific evidence for a link between the gene and metabolism was established in experiments on bacteria conducted by the French scientist Monod way back in 1940. Since then, our understanding has expanded rapidly from viral, bacterial, animal to the human genome.

It is now well established that there exists a link between our genes, metabolism and the environment. Each individual reacts differently to the environment around him. Individual variation in a gene influences our reaction to food, exercise, medicine, external stimuli and lifestyle.

This however should not be construed to mean that a predilection in a gene will definitely result in the onset of a disease or an imbalance in the metabolism. It is well accepted now that a manifestation of a genetic disposition is triggered by the environment around us, lifestyle, mind and much more.

As part of the Rise startup conference coverage organized in Hong Kong on the 31st of May and 1st of June 2016, I did a telephonic interview with the CEO of a startup – The Gene Box. The company is based out of Mumbai, India.

It is building an application that will use data from an individual’s genome and utilize that to generate a genetically aligned fitness and nutrition regime recommendation. This task, to my mind, will require a full range of scientific community support ecosystem.

Building such an app is both topical and relevant in a world where obesity, lifestyle related ailments are on the rise. An application built around such a requirement is a brilliant idea. Pranav Annum the Geneticist who is currently the CEO of the Gene Box is the architect of the idea.

Most well designed online apps attract a lot of traffic from across the world. The Gene Box app will be addressing a major market need. It is likely to quite a popular application. Mapping individual genetic data, storing it either in situ on a local server or on the cloud will require to be robustly protected.

Data security breach has to be prevented. The Gene Box is targeting the global market. Regulation to protect medical privacy varies from country to country. I hope that the company is aware of the challenges such regulation brings with it. Still it is a great idea and the startup has great potential.

Grow Your YouTube Subscribers and Views Quicker Than Ever Before