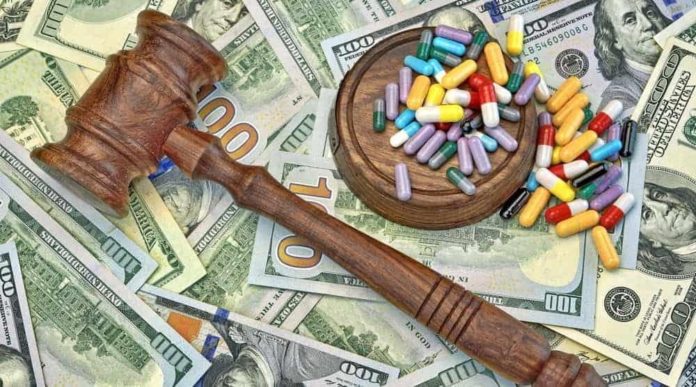 Some of the Most Common Ways People Break the Law | Breaking the law might not be at the top of your to-do list, but it’s possible that you’re doing it without even knowing it!

In other instances, it’s just socially convenient or outright easy to break the law without fear of any consequences. While many laws are broken, it’s actually pretty common that the crimes go unpunished.

Keep reading to find out if you’ve committed some of the most common crimes in the U.S!

If you ever went to a party in your high school days, you’ve probably broken this law. While the legal drinking age is still 21 in the United States, it’s one of the most commonly broken laws, and can land a minor with a fine of up to $1000 on the first offence!

Throwing your trash onto the streets doesn’t just make you look like you don’t care about the environment -it’s illegal in all 50 states. The legislation for punishment varies by state, but the rule remains the same: don’t throw your trash on the ground.

You can end up paying a significant fine, work community service hours, or even face jail time depending on the level of the offence, so put your trash where it belongs!

While many states like California have legalized marijuana for medical and recreational use, it’s still illegal to the federal government. If we’re being honest, many places have relaxed the enforcement of laws pertaining to marijuana use, but you can still face massive fines or jail time if caught.

Always look both ways before crossing the street to avoid getting hit by a car. If you’re not at a crosswalk though, look both ways to check for cops! Jaywalking is one of the most commonly committed crimes in the U.S. and most times, you probably do it without even thinking about it.

While this won’t land you in prison, jaywalking can land you a nasty fine instead, so it might be best to just use the crosswalk!

You might not even realize you’ve committed a crime, but pirating music, games, or movies is a serious violation of copyright law. Simply watching a pirated movie, or listening to pirated music is treated as a criminal offence so be careful about sources of entertainment!

We’ve all done it at least once in our lives and to a kid, it’s almost a right of passage. However, a prank call is a criminal offence and can get you into more trouble than it’s worth. Before things like caller ID existed, prank calling was easy, but in today’s more technologically advanced world, you should be much more careful about how you’re getting a good laugh!

If you’ve ever moved into a new apartment or started renting a house, you’ve probably received mail addressed to the previous tenants. Make sure you don’t throw it away though because that would be breaking the law!

While it’s the responsibility of the previous tenant to forward all mail to their new residence, it’s still illegal to throw it in the trash if they’re not present to receive it.

Road rage is one of the most common reasons this law is broken. If you’ve been stuck in traffic for 20 minutes and finally get an opening, be wary of hitting the gas too hard.

We’re all guilty of speeding, but it’s not actually common to get caught. That doesn’t mean you shouldn’t drive responsibly though!

You might be in dire need of service, but even if your neighbour’s WiFi doesn’t require a password, it’s still illegal to connect to their network! Draining bandwidth isn’t cool, but I’m sure they’ll understand if it’s an emergency!

We don’t condone ever breaking the law, but sometimes we do it without even realizing it! As long as you’re responsible for your actions, you won’t have to worry about getting thrown behind bars!

Tricks To Get A Divorce Quickly And Easily

3 Considerations for Your Own Healthcare