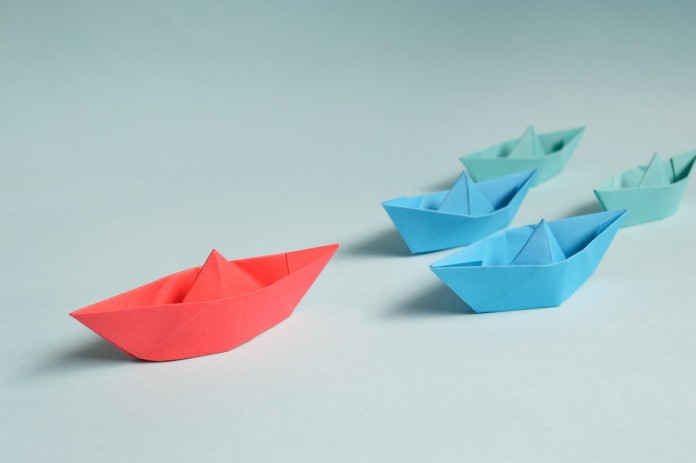 When we think about problems in the workplace, we often want to automatically go to others and believe they’re the ones responsible for those issues. For example, in the case of managers and company leaders, it’s very tough to recognize that there may be problems in their leadership style that are leading to other problems throughout the organization.

Right now in the United States, the employees have a lot of the sense of control over what’s happening in the job market and the workplace. Unemployment is extremely low, and employers are having a tough time filling positions—particularly skilled positions.

That means that it’s important to retain top employees as well. A survey from Rymax Marketing Services highlighted key statistics related to the relationship between leadership and employee engagement. Their survey results found the following:

Sometimes the biggest issues related to retention, employee productivity and satisfaction, and overall corporate culture are because of the leadership of an organization. The following are some of the signs that poor leadership might be a problem in your company, as well as some ways to deal with it and change it.

A big red flag that leadership and upper management isn’t necessarily doing things in the best ways possible can occur when there are a lot of internal silos and conflicts that occur between departments, according to a Forbes report.

When the upper leadership team of an organization is performing well, then it should help ensure that there is cohesion at every level, and there is a sense of communication and collaboration between departments.

It’s the leaders at the very top that foster and cultivate the environment and the cultural implications that everyone else in the organization will follow.

Is the Boss Visible?

If the boss or leadership of an organization seems invisible, that’s also a problem. Sometimes bosses make the honest mistake of wanting to provide their employees autonomy, but they do so in a way that ultimately makes them seem like they aren’t even part of the organization.

Leadership needs to be visible, they need to be providing productive leadership and direction, and they need to be setting expectations. Autonomy for employees is important, but they should be performing autonomously in the sense that they know what’s expected of them, yet they have the opportunity to get to that objective in their own way.

Innovation is essential for a company in any industry to be able to competitively move forward, but if there isn’t a culture of problem-solving and innovation, it may not be the fault of employees. Leadership is the area of a company that is ultimately responsible for providing an environment that promotes innovation and new ideas.

If the leadership of a company is so stuck on certain processes and doing ways in a certain way, there aren’t opportunities for employees to think outside the box and when creativity and strategic thinking are stifled, so is innovation.

Do Employees Feel Afraid or Intimidated?

While bad leadership can mean being invisible, being too visible and particularly in the sense that it’s intimidating or causes fear in employees is problematic as well. When employees feel afraid, or like they’re going to be fired if they don’t do something right, it’s a sign of poor leadership.

Good leadership isn’t about being a bully, and it’s not about threatening. Of course, that doesn’t mean that an employee won’t face the consequences if necessary, but too often bosses and managers will seem tyrannical. They may bully their employees into doing what they want them to, instead of truly offering leadership.

Unfortunately, in these situations, the turnover rate is high in many cases, and productivity and engagement are very low. Rather than leading like this, it’s important to still view a leadership role as being one of collaboration and listening.