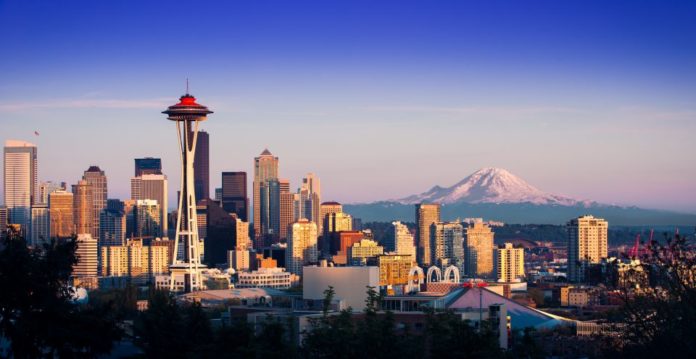 Negosentro|Where you work matters. No, not because it affects your value as a human but rather, but because it affects the value of your bank account. To give you an idea of how true this sentiment is, consider the annual median wages of cities across the nation. San Jose, California, and Lexington Park, Maryland boast two of the highest median annual wages, at above $55,000, while areas of Texas offer some of the lowest median wages in the nation, at below $25,000. If you’re wondering where Seattle falls on the spectrum, it’s near the top, with a median annual wage of $49,110. However, many jobs in the area pay much more than that. Take a look at some of the highest paying jobs in the rainy city.

With the explosion of science, technology and aerospace in Washington state and throughout Seattle, there has been an upsurge in the need for professional business services, including but not limited to human resources managers, chief executive officers, financial managers and more. After all, regardless of the industry, every company needs strong leadership and administrative personnel. The top paid business professionals in the city and surrounding areas are as follows:

As previously mentioned, the tech and science industries are booming in Seattle. This is in large part due to companies like Amazon, Tableau and Microsoft making their homes in the area. In an effort to compete with other top brands, these companies are willing to pay competitive wages to qualified talent. Many of these wages are just shy of what companies are willing to pay the people they hire to run the businesses:

The need for tech-savvy individuals is high, with other positions such as systems software developers, electrical engineers, computer network architects industrial engineers, hydrologists and engineer teachers paying over $100,000, on average.

Health care is booming across the entire United States, but considering the rate at which Seattle is growing — it’s grown 18.7% since 2010 — the need for more qualified providers in the area is urgent. Health care workers of all types, including surgeons, physicians, obstetricians, dentists, internists and family and general practitioners, can all lead a cushy lifestyle in Seattle. The top-paid health care providers are as follows:

Lawyers, like the other professionals on this list, notoriously make the big bucks. However, in Seattle, legal professionals are sure to find success of Hollywood proportions. Lawyers make, on average, $135,590 in Seattle, with many enjoying a starting salary of  $62,230. However, you don’t need a law degree to earn the big bucks. Court reports earn an average of $45,207 and $82,008, while freelance court reporters Seattle can earn more than six figures a year. Paralegals stand to earn between $80,000 and $97,000, while legal secretaries between $40,000 and $69,000 per year. As a growing city, Seattle has an urgent demand for talent across all industries, and increased demand means increased pay. Whether you want to find a job in the business, science and tech, health or legal fields or you want to explore your options, you’re sure to find a high-paying job whatever it is you choose to do.