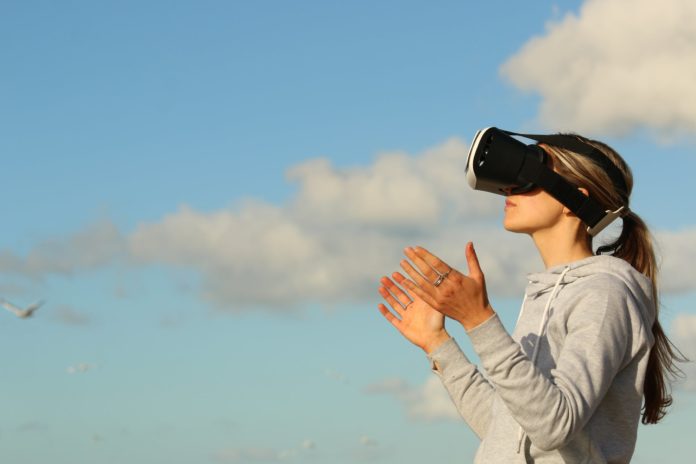 Negosentro|When we talk about virtual reality, the first thing to pop into our heads is gaming, like sports games on PlayStation for instance. But is it really limited to that or does it go beyond the ideas we have in our heads? To find out, let’s discuss all the avenues that virtual reality has overtaken and the ways in which we have benefited from it in real life. More importantly, we will discuss how things in the future will be influenced and the massive change we can expect on account of virtual reality. First of all, here’s an introduction to the concept itself Virtual Reality in Everyday Life.

What is Virtual Reality?

Virtual reality, as the word explains, is not exactly a reality – it is, in effect the essence of reality. It is a computer-generated system through which one can experience things that seem real but aren’t, hence the word “virtual.” A person wears a headset that shuts out the world around him and his eyes see only a scenario that his mind perceives as realistic. This headset possesses a “head-mounted display” which is a small screen on the eyes that creates varied scenarios for the eyes. It’s done with the installation of large screens in a room. The concept being digital technology can be employed to induce an audio/visual experience into human perception. He/she has the chance to witness the impossible. It is like defying the concept of time and space – a person can be in two places at once. Take for instance a client you need to reach, you wouldn’t have to make endless calls when you can simply contact them through a virtual meeting. In the end, your work flow will be more streamlined and your effort more effective. As far as your business deals are concerned, like the internet, virtual reality has got you covered. Now let’s see how this translates into academics Virtual Reality in Everyday Life.

Virtual Reality in Relation to Academia

There has been a long debate on action and theory, how they contradict one another despite being reflective of each other. For a long time, people have argued over the practicality of the theories they study: Marxism, Communism, Capitalism, Utilitarianism, and Socialism, a manifestation of which is difficult to achieve in real life. English Literature students argued over the practical implications of literary theories, in Mathematics the practical demonstration of calculations was debated; and in physics a three-dimensional demonstration of physical objects contested. Whatever field one chose, there was always need for a more clear and practical demonstration of the subject matter at hand. Of course, for better comprehension. Now with the techniques of virtual reality, scholars have studied many advanced methods of medicinal operations, and students can virtually perform surgery on patients. It is therefore safe to say virtual reality has eventually brought action and theory quite in close connection with each other Virtual Reality in Everyday Life.

Some people are worried about the psychological influences of virtual reality in the future; and for them this is a serious issue. A few years ago, people felt threatened by social media the same way; they worried about the coming generations losing interest in real-life activities. It sparked debate as to whether or not social media held the potential to adversely affect real-life human interaction. When Facebook, Twitter, Snapchat, etc., got into the hands of young people, influences on their personalities were keenly observed. No doubt they had become less active and involved in real life but more interested in the “image” and “appearance” they projected upon people around them. More often than not, that image would be far-fetched. Largely speaking, people became more self-conscious. While they had the chance to filter their thoughts on social media, they had the equal option of being unapologetically vocal. Social media was bringing people closer and, at the same time, dividing them by virtue of their thoughts and beliefs. What led to this chaos was the misconception between the idea of things and the actual things, which is quite likely the same threat virtual reality imposes upon its users Virtual Reality in Everyday Life.

Many users weren’t aware of these challenges and in fact, after many years of using these platforms did they realize how these forums had gradually affected their relationships, lifestyle, and activities. There were awareness campaigns to try and help them understand the problems and solutions to combat those problems. Every invention takes time to take hold. And because of this, virtual reality will struggle in its infancy. But how, and in what forms?

One thing’s for sure though, with virtual reality, gaming will become much more exciting. For this you need a high speed internet which you can get by clicking here. You can be in your home and become a part of a virtual scenario. Things that you only dream of doing could be done in real life. With Oculus installed in your room, all you’d need is an empty space where you can easily move around to become a part of the virtual reality. As for entertainment, movies are going to be much more real. You will seemingly become a part of the movie and the entire experience of watching a movie will be totally altered for movie geeks. The cinematic experience will reach new heights.

As fascinating as it sounds, traveling to different parts of the world will become possible with virtual reality. Many of us only dream about going to places we really want to experience. No matter how close-to-reality an experience it gives, there’s nothing better than experiencing those places in real. Virtual reality doesn’t give an actual experience but it does possess the ability to bring you a lot closer to those far off destinations we can only imagine to visit.

It can immensely aid education. Take medical students for instance, they want to practice surgical operations and can now have a more practicable academic experience. This advances the learning experience of all students. It also makes these operations less expensive. Surgeons and doctors can learn new techniques through exploration without causing any harm to the lives of real people. To explore solar activities, astronauts will not have to go all the way to the moon to find out what’s happening in space. Students can also study the solar system with the help of virtual reality. Imagine how interesting student life will now become!

People with disabilities could also benefit from virtual reality. It is making the impossible possible. In short, no one can be totally sure what virtual reality will bring to modern life. It may be good or it may be bad. As it’s always been, the way it’s used or abused will determine the effects it has on society.

Is working with a professional PR officer a good business decision?

Legal Assistance For Startups: Everything You Should Know