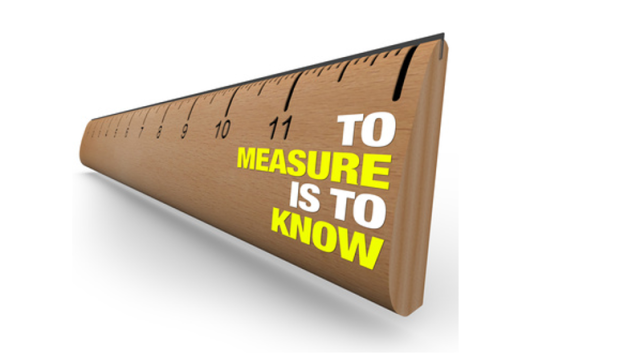 A mobile app is a software application developed specifically for use on small, wireless computing devices, such as smart phones and tablets, rather than desktop or laptop computers.

Besides the dictionary giving this definition it is an app that is highly in conversation today be it at coffee tables, college campuses, amphi theatres, conference halls,concerts,parties,homes,governments,celebrities,housewives,students etc. It is equally vulnerable to lots of changes and innovations (practically on daily basis) acting as a service provider to end users who have volatile demands, needs to keep pace with.

Nevertheless creating these fascinating apps do ask for special expertise and special skills. They do offer unbelievable rewards and satisfaction. Contrary, however, a poor non-existent mobile monetization strategy can make an app a total disaster. Hence it is very essential that a well monetization strategy is framed and planned (before kicking off the development process of mobile app) so that it offers long term sustainability.

Bingo! A well planned monetized strategy +marketing plan +renowned mobile development company can whizz a billion-dollar app idea to sky rocketing success midst scary competition path. This obviously makes users to advent, explore, research and talk to experts as to whether the app is being effectively receptive in the market, apprehend tips to perform better and sustain the market vulnerabilities respectively.

For entrepreneurs aspiring to take a dip into mobile app business having an adequate convincing big app idea equipped with adequate knowledge on Mobile metric is quite essential. Performance metrics which is an essential feature of mobile metric which I am going to elaborate in this guest post.

Before deciding on an app it is very crucial to observe facts on Mobile metrics:

(1) Create a clear picture & decide what kind of app you wish to build.

(2) Passionately try to fill the gap by trying to serve the market with its need.

(3) The above act enables your app projected as an all-consuming business.

(4) Be equally aware as to what apps are popular and successful in the present market.

(5) understand the behaviour of users towards any app not only in the app store but of the competitors as well.

(6) What works, impact of new features, new updates to app, analysing competitor’s key metrics featuring their success should be studied.

(7) Take note of estimates of particular app’s downloads user retention and engagement, daily and monthly users who are active.

(8) Success is defined on mobile app by smartly measuring the right metrics and optimizing apps to achieving target goals.

(9) The above exercise yields improved brand, more money and more engagement of course.

This can be summed as Learn what works! Track Metrics, Never get Caught, See the Impact of new features, Updates with competitors– to edge your pace to a successful business venture.

Eventually developing and releasing a mobile app is just an initial step in delivering effective app. However, there are key app metrics to be explored, analyzed, and scrutinized to define success of an app. One of the most crucial apps metric is the Performance Metrics.  Performance Metric measures focus on the experiences of the users using a particular app.  Performance metrics is the highest value experienced measure; if not implemented rightly, can block finding large set of users. Apparently, making the business to succeed just impossible or very challenging. As we all know that if an app does not function properly it crashes, becomes unresponsive or slow. The user therefore tends to drift away from using it any further. It has to be realized therefore that there is a strong connect between the performance of an app and obtaining desired planned business outcome.

Performance Metric is highly dependent on the:

1. App crashes (launch of an app): relates to crash rate relevant to average crashes per app loads. Normally they are 1-2% however they may defer taking into consideration the type of app, its maturity and the usage.

2. API latency: today almost all apps leverage many API and services. Basically Latency is nothing but a round-trip time from a request to a response. (Required to optimize to somewhere 1 second response time)

3. End-to-end application latency: Is end-to-end response time of applications that powers the API. With acceptable rule to optimize around 1 second response time; it is just not sufficient to keep a track of API latencies. In some cases although some Users may reluctantly respond to slower response time, however the data generally shows that anything over 3-4 seconds in total response time most of the time users either abandon the transaction or delete the app.

4. App load per period: this metric pertains to number of calls or transactions over certain period of time in the performance of an app. Therefore it is very crucial to know that if the load increases the performance of the application should not degrade or dwindle. Sometimes the load can be very spiky with some apps; hence it is very essential for you to know that whatever app you have chosen can handle sudden changes in the load without disturbing the speed. (Slowing down)

5. Network errors: mainly pertain to HTTP or service provider errors when the app is interfacing to networked services. These errors can lead to either crashes or slow response time with multiple retries.

App Stores (Google Play and iTunes) provide relevant basic performance metrics. Although they are limited to crash data only and not real-time (enough) to allow enterprises (or entrepreneurs) to fix and troubleshoot an issue they are relatively quite compatible. Apparently few of free vendor tools do provide basic crashes reporting capabilities, but a professional mobile team obviously renders better. Because they are not just confined to settling crash monitoring. Hence it always help when one has an App team that looks for solutions that offer comprehensive set of metrics (crashes, app

Latencies, API latencies and application latencies) that solve all issues that affect an app end-user experience.

I always like to conclude my posts with message conveying quotes which breaks the monotony of seriousness of the topic and at the same time is effective and convincing.

About the Author:  Aruna Gohil is a Blogger, Editor, and Writer active in print media in India and abroad (scooping). Her writings have brought in many policy changes in the government especially with the present government concerning women empowerment, productivity, Travel Industry, entertainment industry, Food Industry, disaster management, diversification in IT Industry etc.

Your First Scale-Up as a Startup: A Guide

How To Improve Your Business’s Curb Appeal

7 Proven Ways To Save Money & Time On Car Transportation