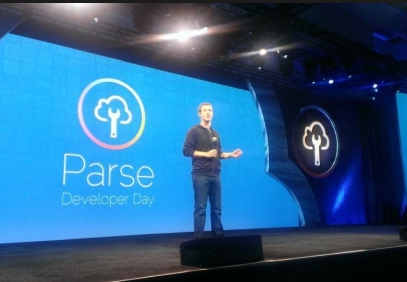 With the shutdown of Parse, organizations are wondering as to which alternative mobile app platform would be good for them. Thankfully, there are a number of alternatives out there for the taking. If you’re looking for Parse Migration alternatives, know that Parse has created a migration tool for the developers to move their codes to any MongoDB. With Parse slowly shifting into history, this has become an opportune moment for other MBaaS providers to step into the field.

How do Organizations Deal With It?

One big advantage app developers will get is this will enable them to do things in a better way. As a company for instance, it will helo you build your own backend solution.  While Parse migration can be expensive and you will need to have dedicated team to work on the project, it’s a great prospect for the long term.

Allocate server instances or entire racks of them; create a world of databases, hardware as you go modules which you love. Enmesh them into a web of tech creativity. The closure of Parse is an entitlement of scaling it up in your own backyard. Own it and earn it.

However, the downside to this is the enormous time and cost you will have to incur. For larger companies it is easy to absorb but for individuals and smaller enterprises, a backend in the backyard is still a daunting proposition.

With the right developers, not so much. The entire migration process can be completed in a shot while, depending upon the project complexity. There are quite a few Parse Migration alternatives to Parse and developers are slowly but surely building their reservoir of choices. Parse has open sourced its server so you can now migrate your codes to MongoDB.

Of course, cheaper options are available. Heroku allows you to transfer your app from Parse to Parse Server by using its instance and then deploying it to MongoDB. It is a vendor locked exercise but it does bring in more diversification instead of getting into another MBaaS.

Microsoft Azure is the other alternative developers are vying for. One reason being the Node.js backend for Mobile apps in Azure App service is an express app.  The Microsoft team has streamlined the provisioning process and that makes it a very viable alternative to Parse.

Where Facebook has lost out, Amazon hasn’t. Amazon Web Services (AWS) is the other competitor in this field. They have something called the Elastic Beanstalk which helps your Parse server deploy in the MongoDB. It works a bit like Heroku but is compatible with all AWS.

With the closure of Parse developers now have the opportunity to come out of a privatized technology platform.  The question of emerging costs and storage problems are the norm but at least with alternatives in sight, the challenges at hand seem to be solvable. The issue of scalability for individual developers is also a concern. However, with individual systems, the option of growing is all the more pertinent.

With the acquiring of Firebase, Google announced its intention to pick up a slice of the MBaaS pie. With almost 110, 000 registered developers under its belt, Google Firebase are well equipped to make a dent.  The Google Firebase is run via JSON, where developers access data through client libraries. With Google’s engineering talent and vast resources, the Firebase team, who call themselves platform agnostic, believe they are now very better placed to scale up operations and services.

The end of Parse has given the tech world an opportunity to take part in a new round of innovation and discovery.